A printed index and digest of case names, subject matter, and judicial considerations of other cases and legislation 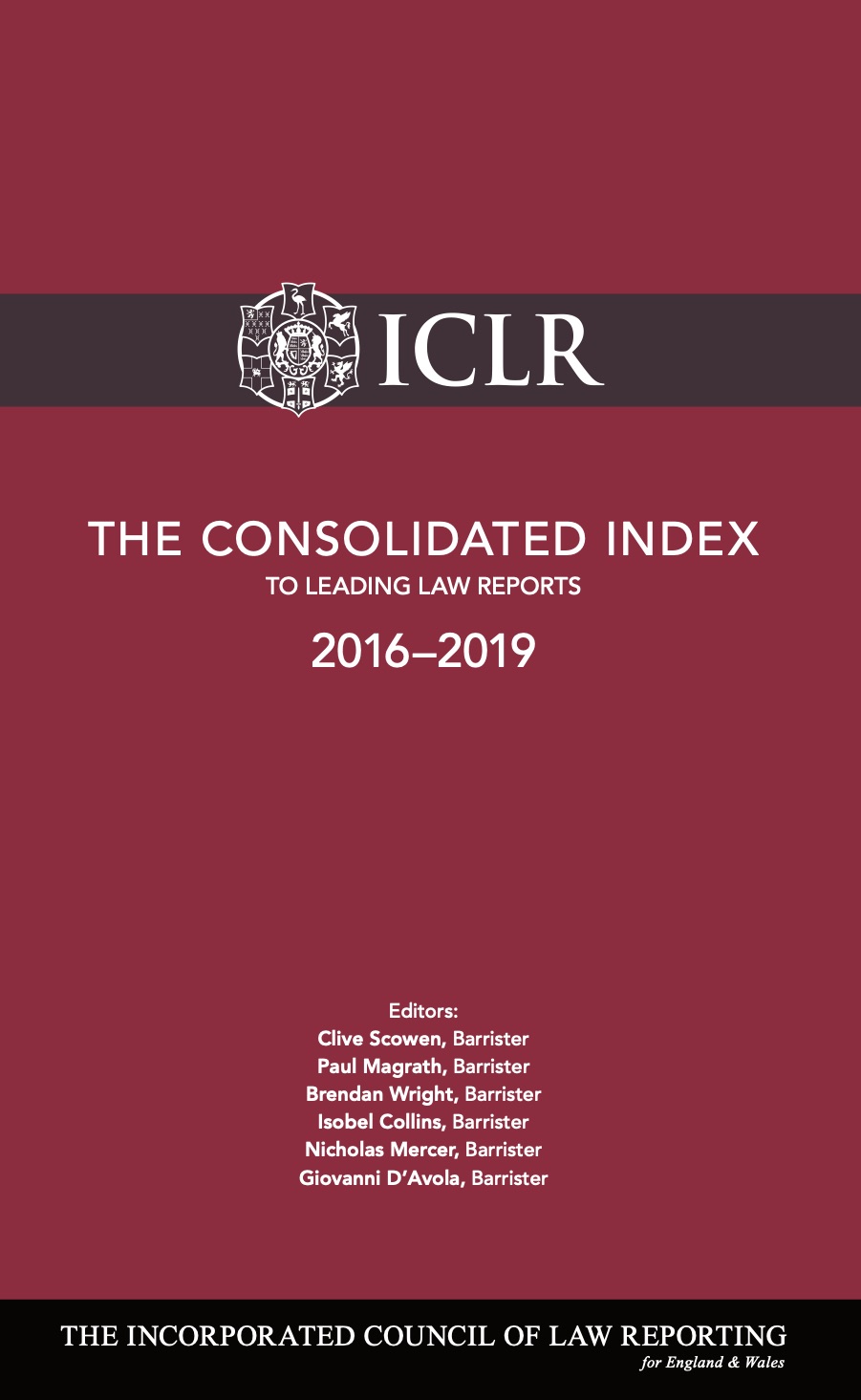 Also known as the “Red Index”, The Consolidated Index to Leading Law Reports is a unique research tool and an indispensable work of reference. It enables the practitioner, student or librarian to find, at a glance, any case reported in one of the leading series of law reports during a particular period. All important cases since 1951, when the series began, may be quickly and easily be found by reference to their names, subject matter or by reference to cases or legislation cited in them.

Each volume of the Consolidated Index is divided into the following indexes.

This lists in alphabetical order all the cases reported in the indexed series, together with all their citations and relevant court abbreviations.

Alternative case names are cross-referenced to the main entry, as are Ships’ Names where relevant.

Cases are listed according to their subject matter under three levels of headings followed by relevant catchwords, enabling the user to find all the cases relating to a particular topic in the same place. The subject matter headings contain comprehensive cross-references.

Additional sections lists commonly used Words & Phrases which have been considered by the court as part of the subject matter of the case; and Ships’ Names.

This lists any earlier cases considered (applied, distinguished, overruled etc) by the court in any of the cases indexed in the current volume. This section also lists the “appellate history” of the indexed cases, ie where lower court decisions have been affirmed, reversed or varied by the decision of a higher court.

The table of Cases Judicially Considered is not limited to decisions mentioned in the headnotes of the reports and includes cases judicially considered in all cases indexed in the tables of Cases Reported and Subject Matter.

Any legislative or other commonly used wordings which have been considered by the court in cases reported in ICLR’s own series are also listed under the following headings:

The last published volume, for the years since 2016, covers 2016-19 and is available in paperback. The final bound volume, which will cover 2016-20 is still in preparation.

For missing volumes of the print edition please contact the ICLR bookshop, or email: enquiries@iclr.co.uk 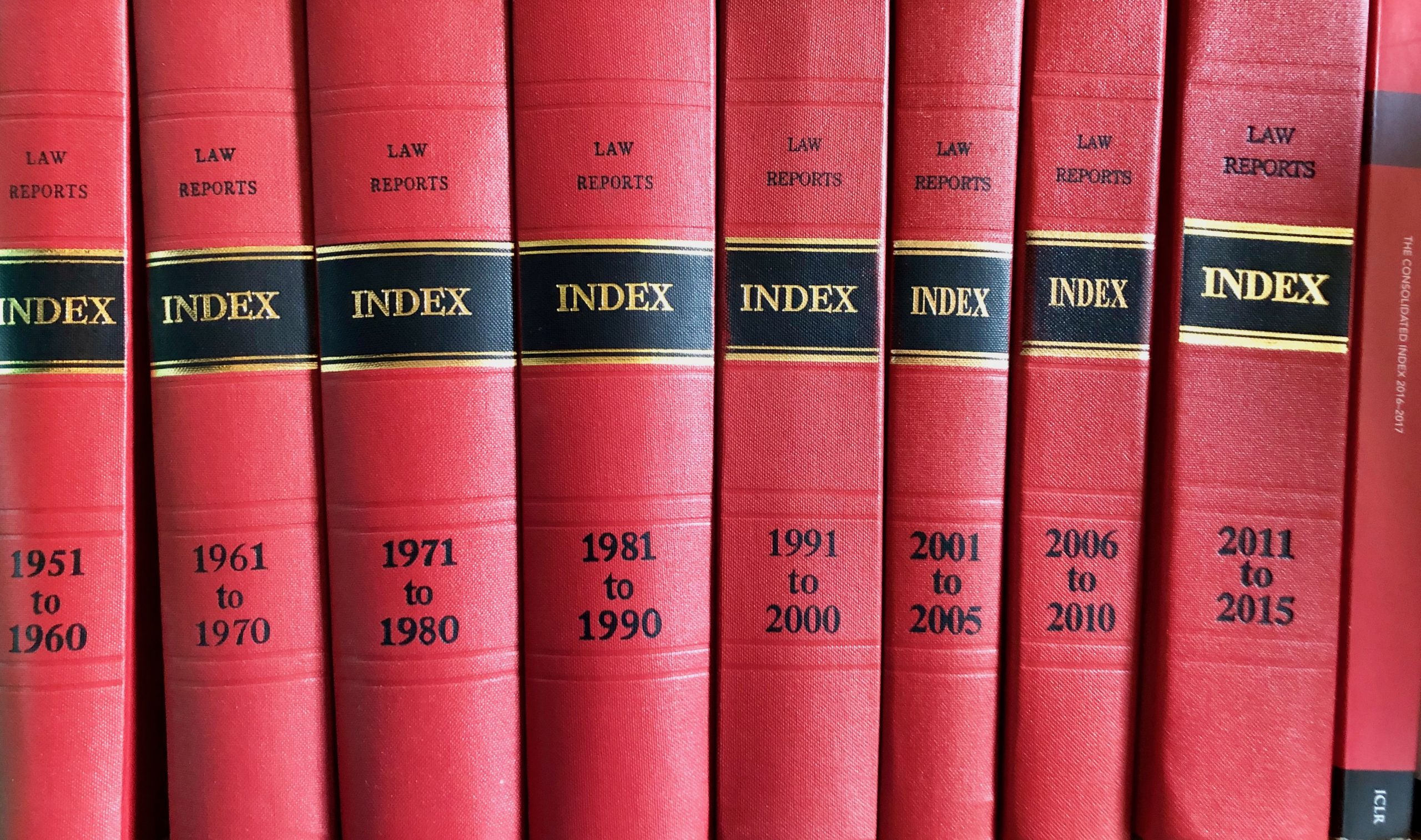