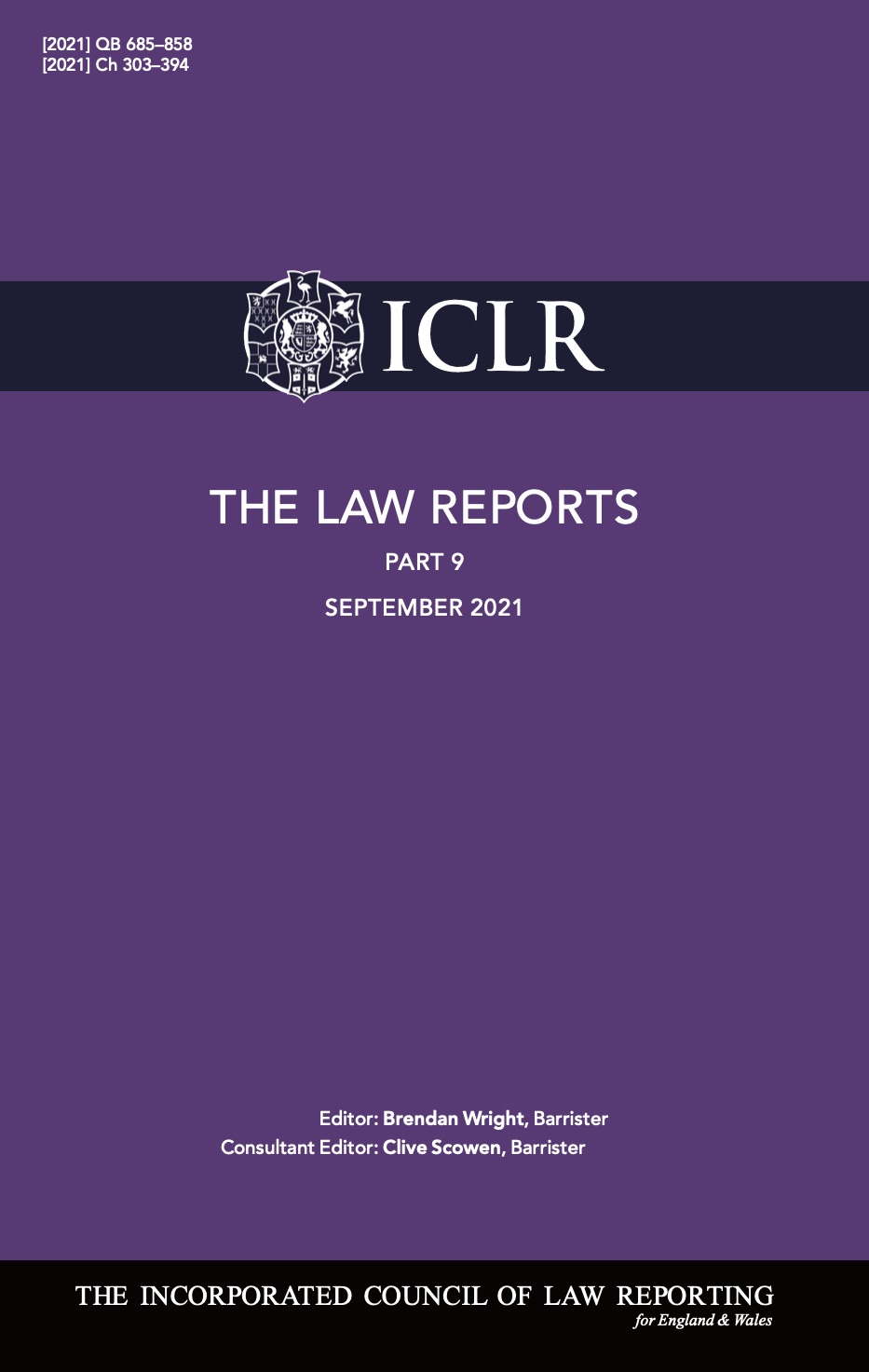 Published monthly since 1865, The Law Reports are widely regarded as the most authoritative series of law reports for England and Wales. As the official series they are required be cited in preference to any other reports of the same case. See Practice Direction (Citation of Authorities) [2012] 1 WLR 780.

Since 1890 The Law Reports have consisted of four subdivisions, respectively covering the Queen’s Bench (QB) (or King’s Bench (KB)), Chancery (Ch) and Family (Fam) (formerly Probate, Divorce and Admiralty) Divisions of the High Court and Court of Appeal, together with references from those courts to the European Court of Justice; and Appeal Cases (AC) heard in the UK Supreme Court (previously the House of Lords) and Judicial Committee of the Privy Council.

An argument for excellence

Although cases appearing in The Law Reports have previously been published in volume 2 or 3 of the Weekly Law Reports, they are completely re-edited and updated to include all the latest references for any case cited. The distinctive feature of the Law Reports is that, in addition to all the features of the Weekly Law Reports, the case reports usually include a summary of counsel’s argument, prepared by the reporter covering the hearing, and approved by counsel prior to publication. A note of counsel’s argument can be essential in ascertaining whether and how a particular point was presented to court, or in relation to which point a previous authority was cited. It is also a unique historic record, which adds to the professional, academic and forensic value of the reports.

Case reports appearing in The Law Reports are cited by year, series abbreviation (depending on the subdivision) and page number. In some earlier years, individual subdivisions may also appear with a volume number.

For the mode of citation for earlier series of The Law Reports, see our Guide to ICLR law reports and their citations.

The Law Reports are available both in print and online. For online subscriptions see our Pricing page.

The print edition is supplied in 12 monthly parts. To view the contents of the latest part, see Printed Part Covers.

The Law Reports Bound Volume Service includes monthly delivery of paper parts as well as separate bound volumes for AC, QB, Ch and Family Divisions at the end of the year.

For subscriptions, missing parts or volumes of the print edition please contact the ICLR bookshop, or email: enquiries@iclr.co.uk