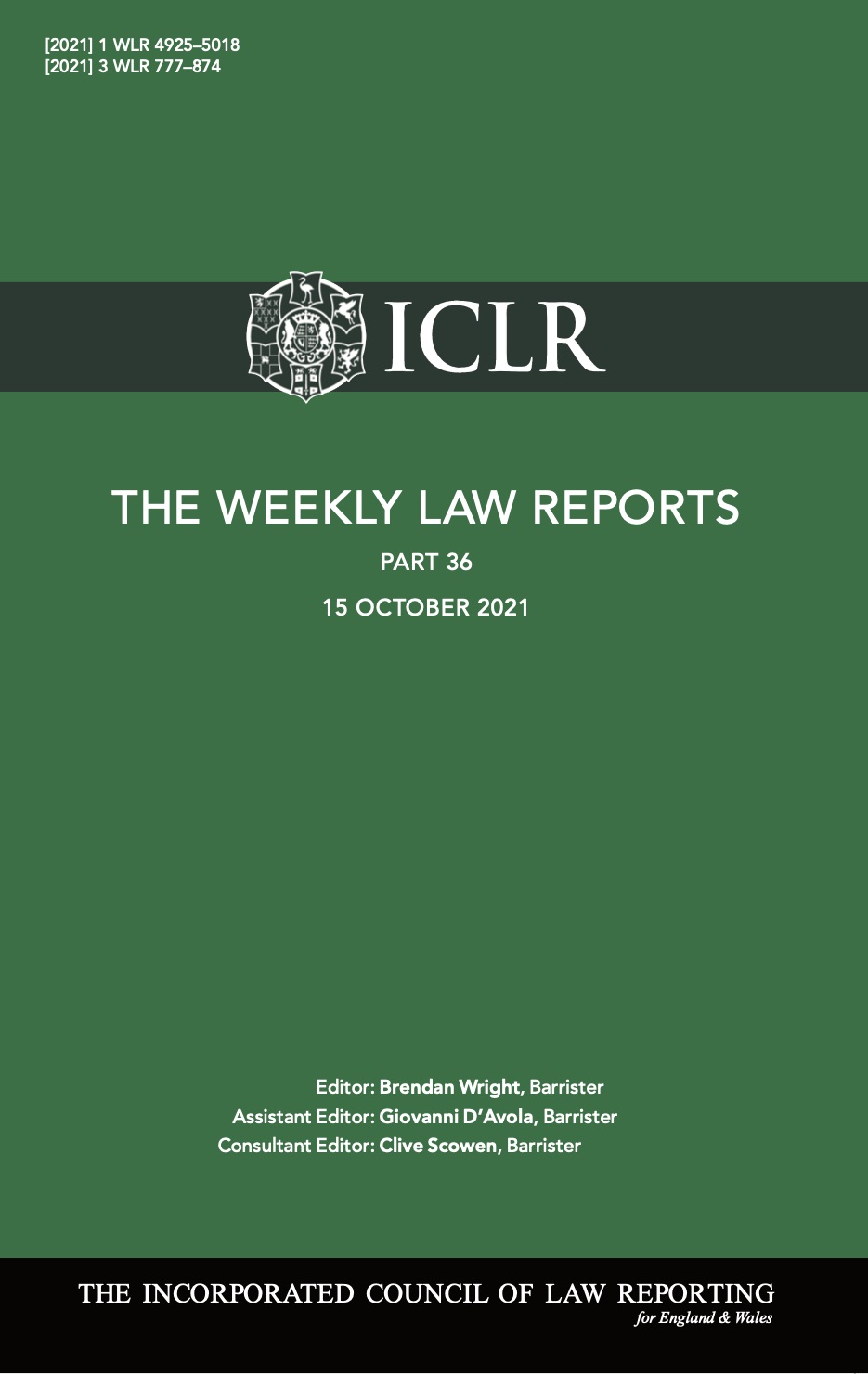 Published since 1953, the Weekly Law Reports (WLR) provide the best way to keep up to date with all cases of general interest heard in the superior and appellate courts. The series covers all the cases that really matter – more than 500 cases a year – including all those which either introduce a new point of law or develop the existing law in some way.  As with all law reports published by ICLR, they are written by barristers or solicitors who attend the hearings of all important cases, whether conducted in a physical court or remotely.

The WLR series is divided into four volumes, according to the level of importance of the cases.

Volume 1 cases cover procedural matters and points of law of general interest. These “starred” cases appear with an asterisk before the title.

Volumes 2 and 3 contain cases which are of greater long term significance which will subsequently appear in a revised version (with additional material) in The Law Reports.

Volume 4 was introduced in 2016 as an online-only expansion of The Weekly Law Reports and extends coverage to include additional cases of interest that illustrate the application of existing principles to particular factual situations or helpfully bring together and summarise established principles. These additional reports enable us to provide coverage of more factual cases involving aspects of family law, shipping, sentencing and awards of general damages.

Regardless of which volume they appear in, the reports cover decisions of all the senior courts of England and Wales, including all divisions of the High Court and Court of Appeal, the UK Supreme Court (previously the House of Lords), the Privy Council, the European Court of Justice and senior tribunals such as the Upper Tribunal, Employment Appeal Tribunal, and Competition Appeal Tribunal.

Each report contains an expertly written headnote summarising the facts and issues and the principles of law established by the court’s decision, thus enabling readers quickly to identify and digest the point of the case. The report also contains information about the procedural background of the case. Judgments are set out in full, having been carefully checked to ensure that all references and quotations are accurate. Cases in volumes 1 to 3 also list all the previous cases cited in argument as well as those referred to in judgment, and proofs are sent to the judges for approval prior to publication.

The Weekly Law Reports are available both in print (except for vol 4) and online. For online subscriptions see our Pricing page.

The print edition comprises approximately 46 weekly parts each year, with occasional breaks in publication, usually during the Easter and Summer vacations. To view the contents of the latest part, see Printed Part Covers.

For subscriptions, missing parts or volumes of the print edition please contact the ICLR bookshop, or email: enquiries@iclr.co.uk