This final roundup of legal news for the Trinity Term celebrates matrimony, selects leadership, prefers the judiciary, resists a SLAPP and collects some recent case law and commentary.… Continue reading 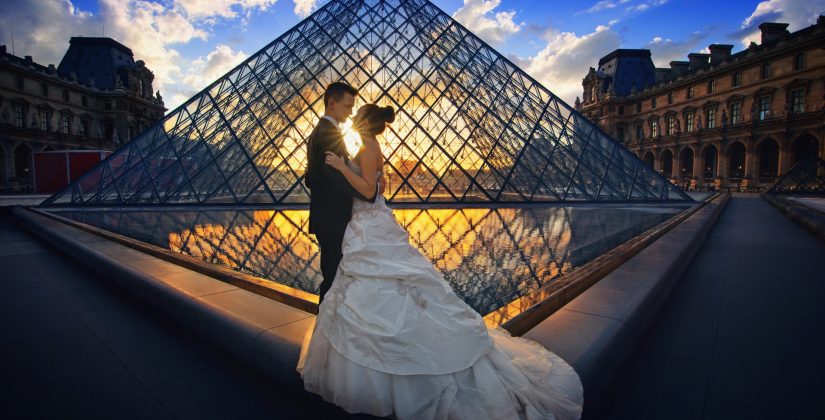 The Law Commission has published its report on changes to the law relating to weddings. Celebrating Marriage: A New Weddings Law says the existing law is complex and outdated. It imposes unnecessary restrictions on couples wishing to be married in a way that has meaning for them, and is thus failing to support the institution of marriage. Couples are forced into adopting a ceremony they don’t want, or holding an additional ceremony to comply with legal obligations.

Couples would therefore be able to decide where and how their weddings will take place*, but every wedding will need to be attended in person by an officiant, who will have the same legal duties in relation to the wedding, regardless of whether it is a civil or belief ceremony.

The recommendations are designed to ensure that all marriages are genuine and compliant with the law. They include a “robust preliminaries process that … strengthens protection against forced and predatory marriages and maintains the existing protections against sham marriages”.

These reforms are said to be the most comprehensive overhaul to weddings law since at least the 19th century.

The two remaining candidates for replacement Prime Minister, former Chancellor of the Exchequer Rishi Sunak and Foreign Secretary Liz Truss, seem to be vying with one another to sound more tough on issues such as immigration and human rights, and not in a particularly good way.

Both appear to support the policy of sending refugees to Rwanda. Sunak suggested housing refugees in disused cruise ships. According to The Times (Tory rivals talk tough on migration as final TV debates loom):

“Allies of Truss said that the plans were illegal and unrealistic because they were in breach of the Human Rights Act. Sunak would effectively create ‘prison ships’ where people were illegally detained, they claimed. A Sunak ally responded: ‘Good to see Remainer Truss on the side of human rights lawyers.’ Truss announced her own plans to extend the Rwanda migration scheme to other countries…”

So being on the side of human rights lawyers is considered a Bad Thing, apparently. As we noted last week, the two candidates not rejected by the parliamentary Conservative party now have to appeal to the party’s wider membership. Whoever they like better, or dislike less, will become Prime Minister and the rest of us will just have to lump it.

It is “proving to be a squalid contest, as well as a silly one”, according to Matt D’Ancona, on Tortoise (Fear and loathing on the Tory trail):

“Is it not dismal that two such senior politicians, who have held the highest offices of state, are competing to become prime minister of a great and supposedly compassionate nation by seeing which of them can be nastier towards the most desperate and wretched people on the surface of the planet? Is that — in their opinion, at least — what it now means to be British?”

Well might Joshua Rozenberg ask What about human rights? as he considers the likely candidates for the offices of Lord Chancellor and Home Secretary after the leadership selection is over. (He notes that the Daily Telegraph in commenting on the Rwanda scheme has once again confused the European Court of Justice for the European Court of Human Rights. So it goes.)

After a week in which the disgraced former Prime Minister Boris Johnson in his belligerent “no confidence” speech to Parliament claimed erroneously that, after the 2019 general election “With iron determination we saw off Brenda Hale and we got Brexit done”, it was nice to see Lady Hale have the last (or latter) word in an interview by Rachel Cooke in The Guardian.

Hale’s comments on the Human Rights Act (“there’s absolutely no need to scrap it”) and the Brexit cases (“Our job was to stand up for the rights of parliament”) were much as you’d expect, but it was interesting to see her reaction to more recent events such as the barristers’ strike (“Every aspect of the system has been starved of resources for a very long time. It’s hardly surprising that the people who work in it are getting frustrated”) and, especially, the decision of the US Supreme Court reversing Roe v Wade:

“It’s a very backwards step, one that certainly damages women’s autonomy over their own bodies. I don’t think abortion is easy. I think it’s a really serious moral issue. But in my view, that moral question is for women to answer.”

The piece ends with a plug for Hale’s recent autobiography, Spider Woman, which we reviewed here, noting inter alia that Hale’s adopted soubriquet was thought by some to be a reference to a song by The Who called “Boris the Spider” (who comes to a sticky end). Well.

As for Boris Johnson’s inaccurate assertion, it is analysed in more detail by David Allen Green on his Law and Policy Blog: Boris Johnson did not “see off” Brenda Hale — so why did he say that he had?

Slapps may be slapped down — But still not yet, says Joshua Rozenberg, discussing a recent announcement by the Ministry of Justice, claiming a Crackdown on corrupt elites abusing UK legal system to silence critics.

“The Deputy Prime Minister Dominic Raab has today (20 July 2022) set out a package of measures that take aim at so-called ‘Strategic Lawsuits Against Public Participation’ (SLAPPs). This includes a new mechanism to allow courts to throw out baseless claims quicker and a cap on costs to prevent the mega-rich, such as Russian oligarchs, from using expensive litigation as a weapon to silence their critics.”

If the proposals are enacted, says Rozenberg, people who believe that claims against them come within this definition would be able to ask a judge to dismiss them at an early stage. But that will require legislation. Even then, it will only take effect once litigation has commenced — essentially by stopping it at a preliminary stage, and perhaps by imposing costs sanctions or capping the costs borne by the publisher.

More detail was provided in the Government’s response to the call for evidence on Strategic Lawsuits against Public Participation, but according to Inforrm’s blog, “It is a disappointing document which includes no clear concrete proposals and is, in important respects, wholly inadequate”. See SLAPPs: Government Response to Call for Evidence, More Questions than Answers.

What the proposals do not appear to deal with is the threat of litigation, “cease and desist” letters and the like, before proceedings have even commenced. As the government announcement concedes, “Most cases never make it to court because authors often back down under a barrage of aggressive legal letters — many retract stories in fear of financial ruin.” So there has to be a mechanism to bring the matter swiftly before a judge, even before proceedings have formally commenced, and get some sort of injunction against the person issuing the threats.

A recent example of something that just might fall within the description of SLAPP concerns the sending of “without prejudice” (but impliedly threatening) letters to a person commenting on the present Chancellor of the Exchequer’s tax affairs, as discussed (from a legal ethics point of view) by Prof Richard Moorhead on his Lawyer Watch blog: Schrödinger’s Threats. He concludes:

“There are other bases on which one could argue that secretly threatening litigation is often (perhaps not always) problematic and not in the public interest. Threatening litigation where the party has no intention of pursuing that threat presents interesting issues too. There are a number of reasons why I think the SRA need to take a harder look at the area. Silence is, as we have seen with NDAs, power. Here the power is being deployed to protect a very senior politician in an area where the Government has just expressed a measure of outrage at SLAPP suits.”

The frustration felt by its members is largely due to the administrative failure, over which they have no control, to publish minutes timeously or at all from the many sessions which the committees have diligently held since their establishment in December last year.

In a guest post by Joanna Hardy-Susskind: Attrition on the Secret Barrister blog, the barrister explains the pressures increasingly piled onto those in her profession, the effect they are having on recruitment and retention, and the reasons why it is now fighting so hard not just for decent fees but for a system that works for victims and justice.

According to Catherine Baksi in The Times, a Secret report tells of bullying and racism by judges. The report was apparently commissioned by the Judicial Executive Board and its results disclosed by the Lord Chief Justice, Lord Burnett of Maldon on the judicial intranet last week. What he called a “frank appraisal” is said to reveal

“Widespread allegations of bullying and racism by judges” as well as “examples of exclusionary behaviours that would not be classed as bullying, but could nonetheless have a significant adverse impact on those who experience them”.

The report was compiled as an internal management exercise and its contents are not intended for wider publication. They are, however, disturbing in the context of disappointing Ministry of Justice statistics on Diversity of the judiciary: 2022 statistics, which we mentioned last week.

Much in the news and a constant source of new legal commentary, immigration law is excellently covered by the website Free Movement, founded by barrister and author Colin Yeo. Last week it published a lovely tribute to departing editor and contributor CJ McKinney, CJ McKinney’s last day at Free Movement, together with McKinney’s own podcast episode recalling his time with Free Movement: From Brexit to small boats: five dramatic years in UK immigration policy.

After five years working there, McKinney is moving to a new role at the House of Commons Library. According to Yeo,

“he has brought poise, commitment, intelligence, a quick wit and a natural fluency to Free Movement communications. His contribution to this website over this demi-decade just gone has been invaluable”.

The BSB is seeking to clarify where the boundaries should lie in the regulation of conduct that occurs in a barrister’s private/personal life (referred to as “non-professional life” or “non-professional conduct”), taking account of the circumstances where it is accepted in case law that it might be legitimate for regulators to intervene.

is from reporter Tom Seaward on how brevity is the soul of advocacy:

One of the finest introductions to a jury speech I have heard:

Thanks for reading, and thanks for all your tweets and links. Weekly Notes will now be taking a summer break, returning in the Michaelmas term which begins on Monday 3 October 2022. During the vacation we’ll keep busy on our blog with some commentary and reviewing. Take care now.

*Yes, we know this photo shows the wedding couple at the Louvre in Paris and that’s outside the jurisdiction so not covered by the Law Commission’s recommendations. We just liked the image.