Open justice in family proceedings: Part 3, drawing some threads together

In the last of three linked posts, David Burrows considers a recent drive towards open justice in financial remedy proceedings in the family courts, following a change of mind by one particular judge… Continue reading 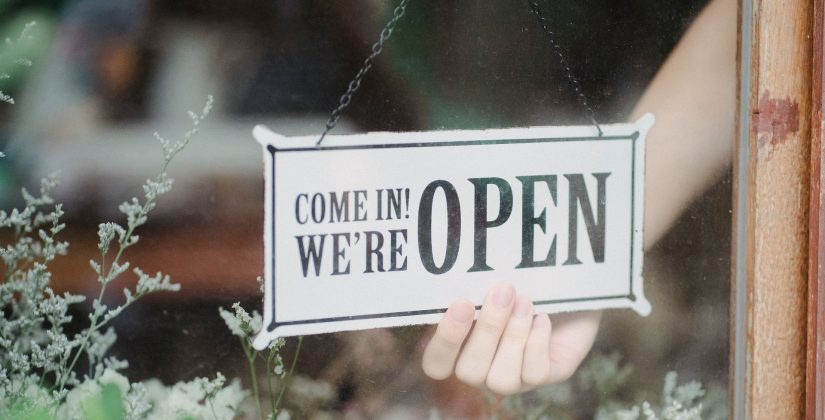 In Xanthopoulos v Rakshina [2022] EWFC 30 (12 April 2022), Mostyn J provided 11,000 words to tell Mrs Rakshina’s advocate that she could not remain anonymous in her and her former husband’s interim applications in their matrimonial financial order proceedings: that is to say “no”. This has set the family law chatterers chattering wildly. It is understood that Family Law the specialist family lawyers’ journal is inundated with comment, the newly published Family Remedies Journal will publish in only its second edition, 17,000 words from Sir James Munby (former President of the Family Division) and a reply by Wagstaff QC at 8,000 words. That is 36,000 words in all. And Lucy Reed has weighed in with a more moderate, and judicious, contribution – Very much ancillary – and in only 9,000 words.

Already I have tried to explain why I think Mostyn J was often wrong (see Open justice and family proceedings: Part 1, anonymity and Part 2, stare decisis). This post aims in under 2,500 words, to draw some of the threads together and:

To “protest too much”

Hamlet’s mother thought the player-queen “doth protest too much” when she asserted fidelity to her dead player husband. She over-reacted. Mrs Rakshina only asked to have her name anonymised. Mostyn J protested a lot. He took 11,000 words to say “no”. And, on 13 May 2022 a so-called “Financial remedies court practice guidance” was issued by the Financial Remedies Journal (not by any formal HM Courts and Tribunals Service publisher). It is said that the announcement is made “with the authority of the President” (of the Family Division). It says:

“On 12 April 2022, Mostyn J handed down judgment in [Xanthopoulos]. Mostyn J concluded; (i) that the default position is that information contained in financial remedy proceedings is reportable, and neither the proceedings nor judgments should be anonymised; and (ii) that to depart from the default position requires a judicial balancing exercise under Articles 8 and 10.”

This simply is not true. The decision in Xanthopoulos dealt with anonymisation only. That is what Mrs R applied for, and – with no opposition at the bar – that is all Mostyn J was asked to decide. The rest of what he said was obiter (ie not part of his decision, and not binding on anyone). The guidance says does not set out what Mostyn J decided; and it goes on:

This is interference by mere “guidance” to a case management decision of any judge concerned. The President has the power to make a proper practice direction. If it is followed, it will provide fuel for further delays in cases and expense on lawyers. It is doubtful if any judge – either as judge or administrator – can restrict the operation of any family proceedings (“financial remedy” or otherwise) in this way.

And if this “guidance” truly applies to financial order proceedings, why not to any other family cases to which the common law open justice rule equally applies, subject to the CPR 1998 r 39.2(3) exceptions which Mostyn J recognises.

To anonymise parties to financial order proceedings, or not?

To anonymise or not to anonymise? Look at it from the point of view of the solicitor/paralegal adviser. What questions must be asked of the client (A) and what application made to the court if A wants anonymity (so far as A is not entitled to anonymity, anyway)? What should be pleaded in support of any application. The question a court must ask first is what specific facts are relevant (eg what harm is there to any “legitimate interests of others”: see Lieven J and the Herefordshire case below). In A v BBC (above) Lord Kerr (the Supreme Court was unanimous) said [2014] UKSC 25, [2015] 1 AC 588 at [41]:

“The court has to carry out a balancing exercise which will be fact-specific. Central to the court’s evaluation will be the purpose of the open justice principle, the potential value of the information in question in advancing that purpose and, conversely, any risk of harm which its disclosure may cause to the maintenance of an effective judicial process or to the legitimate interests of others.”

So what questions will the adviser want to ask of a client (A):

The default position in all proceedings is open justice but in confidential litigation – such as financial relief, relating to parties’ private finances (see Civil Procedure Rules 1998 r 39.2 (CPR 1998; below)) – what is served by open justice?

How is justice to be served by publicising parties’ names? How, in truth, are judges to be kept under trial (per Bentham) because we know that Mr and Mrs Smith are having their money sorted out by a deputy district judge in the family court sitting at (say) Romford?

In Norman v Norman [2017] EWCA Civ 49, [2017] 1 WLR 2523, [2018] 1 FLR 426 Gloster LJ said what should happen with an anonymity application in the Court of Appeal. This has been re-enforced by Mostyn J himself in XZ v YZ [2022] EWFC 49 (20 May 2022), where he allowed an application limited to an interim “blanket” reporting restriction order, made on H’s financial order application. A final order is to be reviewed during final submissions; and to await certain “unknown” about the parties having become known. The court could then “[12] … decide what weight is to be attributed to the Article 8 ECHR arguments and can conduct the full balancing exercise required by Re S (Identification: Restrictions on Publication) [2004] UKHL 47, [2005] 1 AC 593, [2005] 1 FLR 591.” W seems to have been neutral on the application. H’s anonymity application had been made by D11 prior to the hearing correctly (Norman v Norman – above).

Till the post-Xanthopoulos uncertainty settles down, perhaps advisers should adopt a similar procedure to Norman where there is a risk of a judge naming parties against their wishes. No formal application had been made by Mrs Norman; nor was it by Mrs Rakshina.

“[34] …. There has been no formal paper application by the wife for anonymity directions in relation to these proceedings. That is an error on the part of her legal representatives. This court needs to have a properly formulated paper application, rather than some vague oral application or one that is made by letter.”

So said Gloster LJ in Norman v Norman concerning an appeal relating to “financial relief proceedings”. Application for an appeal must be the subject of a formal court application, setting out the grounds and supported by necessary evidence. No formal application need be made in respect of children. Any application must be served on local press (or the Press Association in the Court of Appeal etc).

Best practice must be to apply in good time prior to any court application – take instructions before any first directions appointment – by the Family Procedure Rules 2010 Part 18 procedure. The court will need to balance the rights of parties to privacy (European Convention 1950 Art 8) with any right the local press may have to freedom of expression (Art 10; Re S (Identification: Restrictions on Publication) – above). These points must be born in mind in the drafting of any statement and grounds for the application.

Openness is the servant of justice, not its master

“But a principle of judicial inquiry, whether fundamental or not, is only a means to an end. If it can be shown in any particular class of case that the observance of a principle of this sort does not serve the ends of justice, it must be dismissed; otherwise it would become the master instead of the servant of justice….”

The court must ask what end, in terms of justice, will be served by A’s name being publicised, and to treat any application for abridgment accordingly. This is so, especially in circumstances where Mostyn J overlooked aspects of the law explained by the House of Lords cases above, and that one of the reasons for privacy of a court hearing – the common law summarised by CPR 1998 r 39.2(3)(c) – is that personal and confidential documents may be involved in a financial order case. This would appear to be tailor-made for any court considering an issue of openness or not; yet it is not touched on by Mostyn J.

So in any anonymity claim in family proceedings, especially financial order proceedings, a court must ask: why is justice served by refusing anonymity? And, even if anonymity is ordered, why should confidential and financial documents be released?

Mouse in the court

Under the heading “An attack on Open Justice” in the course of his post here, Mouse in the court refers to a CPR 1998 updated practice direction, “published in the past few weeks [as] surely be one of the biggest attacks on the principle of Open Justice [his capitals] in recent times”. PD51Y, to which he is referring, says: “Where a media representative is able to access proceedings remotely while they are taking place, they will be public proceedings.” This inhibition on open justice, it is said, can only be challenged with difficulty.

In Tickle v Herefordshire County Council [2022] EWHC 1017 (Fam) (4 May 2022), Lieven J provided a postscript to all this. Ms Tickle wanted to interview for the BBC the mother of children who had been the subject of care proceedings, but had always remained at home. The mother was permitted to be named and interviewed on camera. Reporting restrictions orders were made to limit the potential for the children to be more widely identified and to limit intrusion into their private lives by their being filmed. Lieven J said at [72]: “There may be benefit in this case for the children in their mother being able to tell her story, feel that she has been listened to, and believe that she is acting for the wider benefit of other children.”

Anonymity, publicity and more takes open justice in the opposite direction. And of the children’s social workers? There was no need to anonymise them here, as had been held necessary for hospital staff in Abbasi v Newcastle Hospitals NHS Foundation Trust [2021] EWHC 1699 (Fam), [2022] 2 WLR 465 (23 Jun 2021) Sir Andrew McFarlane P. Thus, said Lieven J in Tickle:

“[79] This is not a situation where the type of vilification and harassment which was raised in Abbasi and has become sadly not infrequent in highly emotionally fraught children’s medical cases, is in issue. The social workers here are not being made subject to a campaign of harassment of the type in issue in Abbasi. Therefore any interference in the social workers Article 8 rights is certainly not of the level considered in [Abbasi]. Ms Tickle and the BBC are undertaking a documentary programme with all the journalistic standards that are applicable. For those reasons I do not conclude that there is a justification for anonymity sufficient to justify the interference with [their] Article 10 rights”.

Anonymity pulls in two directions: Art 8 respect for private life or Art 10, freedom of expression; and with freedom of expression comes open justice. But how is justice served in each fact-specific case: this is what Re K and A v BBC tell us; and that was not mentioned in Mostyn J’s 11,000 word “no”.