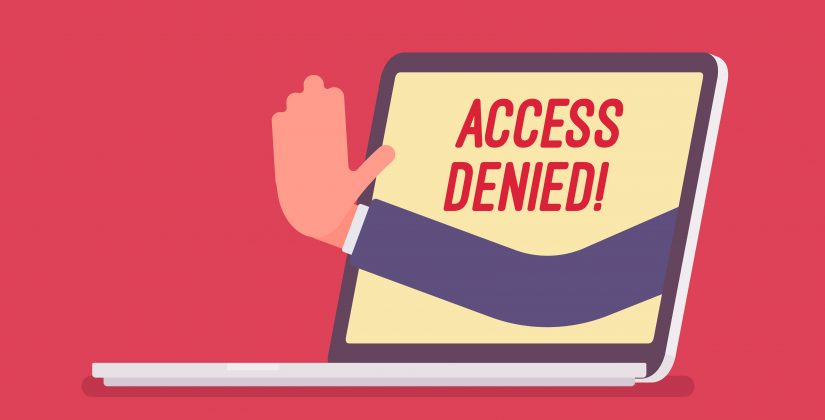 “As Lord Hewart CJ famously declared, in R v Sussex Justices, Ex p McCarthy [1924] 1 KB 256, 259, ‘it is not merely of some importance but is of fundamental importance that justice should not only be done, but should manifestly and undoubtedly be seen to be done’.”

Wise words indeed, from Lady Hale in the 2019 Supreme Court case of Dring (on behalf of the Asbestos Victims Support Groups Forum UK) v Cape Intermediate Holdings Ltd  [2019] UKSC 38,  [2020] AC 629 at [ 1]. The case reaffirmed the view that the purpose of Open Justice is “to enable the public to understand and scrutinise the justice system” [37]. To do this we of course need to be able to view the hearings.

It is with some bewilderment therefore that, just three years later, the Civil Procedure Rule Committee have introduced a mechanism that effectively removes the right of the public to access remote hearings.

The mouseinthecourt has been monitoring their minutes and has compiled a log of anything Open Justice related: “Open Justice at the rules committee“.

Practice Direction 51Y was added at the start of the Covid-19 Pandemic when physical access to Court Rooms was restricted. It was an urgent addition, and introduced without wider consultation.

It contained (in para 3) a provision that: “where a media representative is able to access proceedings remotely while they are taking place, they will be public proceedings“.

This was always a problematic clause as it contrasted with the provision of CPR 39.2 which included a test of necessity to remove the public nature of the hearing:

Shortly after PD51Y was introduced, the minutes from the CPRC reveal it was done so as “to ensure the Open Justice principle is not compromised“.

An attack on Open Justice

An update, published in the past few weeks, must surely be one of the biggest attacks on the principle of Open Justice in recent times.

The update proposed to remove all but this one sentence from PD51Y:

“Where a media representative is able to access proceedings remotely while they are taking place, they will be public proceedings.“

The minutes reveal that the CPRC noted that the rest of PD51Y would lapse (because it had always been intended as a temporary measure to deal with remote hearings during the pandemic) but wanted to put this particular rule on “a permanent footing in the rules (perhaps through an amendment to Part 39)”.

The notion that just because a press-card-holder could view, not is viewing, but could view a hearing, should be considered an outrageous attempt to purport that a hearing is being held in public.

This update was waved through without public consultation or fanfare, and was approved in a private meeting of the CPRC on 4 March 2022 with Lord Justice Birss, Deputy Head of Civil Justice at the chair.

“The opposite of public justice is of course the administration of justice in private and in secret, behind closed doors, hidden from the view of the public and the press and sheltered from public accountability.“

What about s 85A of the Courts Act?

The CPRC minutes of 4 March 2022 explain that “the other provisions of PD 51Y do not need to be continued” citing the insertion of the “new section 85A into the Courts Act 2003″. One relevant provision in section 85A reads:

The notion that the test of necessity can be removed in favour of a wishy-washy phrasing of “may direct” must be challenged by those that wish to ensure our courts remain open to observation.

It does not help that this provision has been strictly interpreted in such a way as to frustrate the aims of open justice and transparency, by decreeing that the court only had power (under section 85A) either to permit live broadcasting (live-streaming) at the time of the hearing, or recording of the hearing for the court’s own records. It did not have power to allow a pre-recording for later broadcast. Accordingly the judge refused permission for a television production company to record and re-broadcast the proceedings in the interests of open justice: see R (Good Law Project and others) v Secretary of State for Health and Social Care [2021] EWHC 346 (Admin), [2021] PTSR 1251 (18 Feb 2021).

These changes, by definition, will only affect members of the public, who have limited resources and appetite to mount a challenge.

They won’t affect members of the National Union of Journalists and neither will it affect those who can rely on the assistance of the Media Lawyers Association, an organisation who “intervenes selectively in legal proceedings where principles relating to open justice are at stake“.

The tension between the contents of Practice Direction and whether it can override a Common Law right to access hearings might be something the courts have to consider at some point. Which member of the public steps up and faces the potentially ruinous risk of costs remains to be seen.

“Access to a court building for the purpose of attending a public hearing is a matter of legal right … there was no need to enact legislation to confer a right of admission on members of the public because the right of the public to be present at court hearings is an ancient common law right.”