Where have all the practice directions gone? 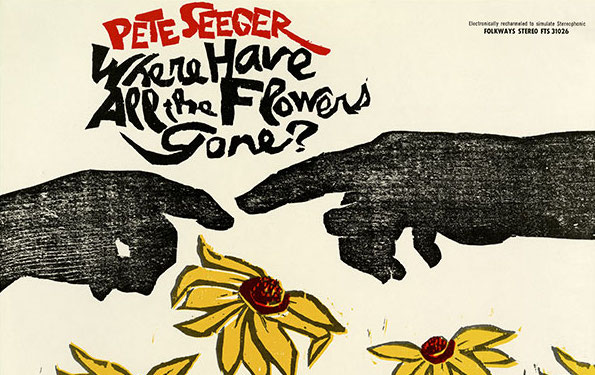 Where do practice directions come from?

I start this post with reference to a Pete Seeger song: “Where have all the flowers gone” (1961), but read in “all the practice directions gone”. “I pity the poor immigrant” (Bob Dylan, 1967) follows; and, most important, “Not fade away” (Buddy Holly, 1957 later the Rolling Stones). Each of these apply, as adjusted, to the poor practice direction (PD).

So, where do PDs come from; and how much are their genus replicated by other measures, such as “practice guidance”? What are the respective binding nature of each type of measure. Do PDs just fade away; and if not, how is their life defined? Does their non-use render them somehow in desuetude and no longer applicable; and if so who defines when they no longer apply? Do we pity the poor PD; or does it survive despite its non-use? And – a last question I address in part to ICLR, which carries many of these PDs – where have all the PDs gone where they are no longer in full time use? (I shall conclude this post by illustrating this last question, by reference to a 1993 PD which deals with applications for children to apply in children proceedings.)

So first, where does the humble practice direction come from; and is it really so ‘humble’? Then to consider its lesser brothers and sisters, such as “practice guidance” and protocols; and the extent to which they can bind parties and courts. To what extent are the lesser measures binding on the court or enforceable? And finally to link back to the questions implied by the three songs.

As a theme in all this, it must be recalled, that a PD or other measure is only enforceable so far as its maker (eg President of the Family Division), or makers (Family Procedure Rule Committee (FPRC)), work within their vires. This point is important in relation to family proceedings where, within the past few years, on at least three occasions the Supreme Court has treated even statutory PDs (as defined below) as of doubtful or no force.  For example,

Much of what is said here applies to generic civil proceedings practice directions (PDs) (ie not just family PDs); but my researches suggest that there is a difference in the way Civil Procedure Rules 1998 (CPR 1998) civil (ie non-criminal) proceedings and family proceedings PDs are made under statute. This will be explained later; but now a little history is important.

The practice direction is statutory

PDs are statutory. They may be part of a set of rules (as in CPR 1998); or they may be made on a free-standing basis by division heads (as explained later).

(a) the civil division of the Court of Appeal,

At the time (1997) – and indeed till 2014 (when the Family Court was created) – all family work was done in the county courts (see s 1(1)(c) above) and High Court. This continued to be the case till April 2011. The vast majority of civil work (save for bankruptcy, non-contentious probate, Prize Court, election cases, family and Court of Protection) was covered by CPR 1998 after April 1999. Family proceedings were still dealt with under Family Proceedings Rules 1991 which incorporated Rules of the Supreme Court 1965 (RSC) and County Court Rules 1981 (CCR) into family proceedings till 2011 (though the Court of Appeal occasionally forgot this: see eg JG v Lord Chancellor [2014] EWCA Civ 656, [2014] 2 FLR 1218, where the parties were arguing about legal aid for payment for a single joint expert – a concept not known to the Rules of the Supreme Court 1965, under which the pre-2011 case was proceeding).

Family proceedings were regulated (as now) by insertion of rules on costs and Court of Appeal appeals. These were covered by CPR 1998 Pts 44 to 48 and 52 (respectively). And so it was that Hale LJ (as she then was) came to explain authoritatively what is meant by a CPR 1998 PD in the context of family proceedings in Re C (Legal Aid: Preparation of Bill of Costs) [2001] 1 FLR 602 (in which I represented the solicitors who were appealing about their costs).

Later still, and notably after CRA 2005, the Court of Appeal further considered the role of the statutory PD in Secretary of State for Communities and Local Government v Bovale Ltd [2009] EWCA Civ 171, [2009] 1 WLR 2274 where they relied on Re C and where they were concerned at the extent to which a judge may depart from statutory PDs; and where to make “gap” directions (where existing PDs do not cover a particular state of affairs not envisaged by rule-makers).

A PD, properly made, is statutory (Constitutional Reform Act 2005 (CRA 2005)) and tells an individual to do something. If they do not their statement of case or other application, for example, can be struck out (FPR 2010 r 4.4(1)(c)). A “direction” is what it says: a requirement to a party to do (or not to do) something.

“Guidance” is akin to advice (as will be considered further in the next post). Any other meaning would do violence to the language. (For example, and despite this, the important subject of children giving evidence after In re W (Children) (Family Proceedings: Evidence) [2010] UKSC 12, [2010] 1 WLR 701, [2010] 1 FLR 1485 is consigned to Family Justice Council “Guidelines”).

These PDs and measures were described by Sir William Wade described, in Administrative Law (2014) Wade & Forsyth, as the “jungle” of sub-delegated legislation. Some is in various measure authorised by statute. Some is left to the whim or industry of individuals of varying degrees of authority. It is to this “jungle” that these two posts are mostly addressed, namely:

This post considers PDs. The next explains the remainder of the “jungle”.

The term “practice direction” is statutory creation. It is “subordinate legislation” (as defined by Interpretation Act 1978 s 21: see below). For family proceedings provision is made by Courts Act 2003 s 81(1) which says that PDs can be made in accordance with Constitutional Reform Act 2005 (CRA 2005) Part 1 Sch 2 for family appeals in the Court of Appeal and for hearings in the Family Division and family court. But who makes statutory PDs? There are two different sources for this: the first is in the rules themselves; the second is under CRA 2005.

The working of CRA 2005 and the making of PDs and the extent to which they are binding was considered by the Court of Appeal in Bovale (above). The court drew extensively on the judgment of Hale LJ in Re C (above) given less than two years after the coming into operation of CPR 1998. Bovale confirmed the force to be given to statutory PDs made outside the rules; whilst Re C confirmed their enforceability where part of the rules.

In Re C, in a case where the force of legal aid remuneration regulations for a firm of Lancashire lawyers, was raised in the Court of Appeal Hale LJ explained how practice directions work and were then made (pre-CRA 2005):

“[20] Unlike the Lord Chancellor’s orders under his ‘Henry VIII’ powers [in Civil Procedure Act 1997 s 4(1)], the Civil Procedure Rules 1998 themselves and the 1991 Remuneration Regulations, the Practice Directions are not made by Statutory Instrument. They are not laid before Parliament or subject to either the negative or positive resolution procedures in Parliament. They go through no democratic process at all, although if approved by the Lord Chancellor he will bear ministerial responsibility for them to Parliament. But there is a difference in principle between delegated legislation which may be scrutinised by Parliament and ministerial executive action. There is no ministerial responsibility for Practice Directions made for the Supreme Court by the Heads of Division. As Professor Jolowicz says, loc cit, p 61, ‘It is right that the court should retain its power to regulate its own procedure within the limits set by statutory rules, and to fill in gaps left by those rules; it is wrong that it should have power actually to legislate’.

[22] Mr Burrows relies upon the definition given to ‘subordinate legislation’ in the Interpretation Act 1978 s 21(1):

‘… “subordinate legislation” means Orders in Council, orders, rules, regulations, schemes, warrants, byelaws and other instruments made or to be made under any Act.’

This statutory position has probably been changed – the various statutory provisions do not seem to me to be clear – by CRA 2005 (see below); but it does not alter the fact that still – in terms of “subordinate legislation” – we are still speaking of no more than PDs (ie none other of Wade’s “jungle” – as referred to in the 2005 Act.

I cannot see what power the Family Procedure Rule Committee – for family proceedings – has to make PDs. (I may be missing something?) CPA 1997 Sch 1 para 6 includes that the rules (made by the CPRC) may “refer to provision made or to be made about that matter by directions”. For family proceedings the powers in Sch 1 are in the statute (CA 2003 ss 75, 76 and 81). CA 2003 does not seem to include power for FPRC to make PDs.

In Bovale (Waller and Dyson LJJ issued a joint judgment; Stanley Burnton LJ doubted a judge had power to issue “gap” PDs (see below)) the court considered Re C fully and the extent to which a PD is binding on a court:

Making of PDs for family proceedings

So who makes PDs? As far as I can see there are three categories of family proceedings PDs, in a post-CRA 2005 world:

It is the last two sets of PDs (ie non-FPR 2010) with which this note is concerned. These are all above the statutory, and therefore binding, line. All types of PD, where made according to statute, are made by statutory process; but, like delegated legislation, such sub-delegated legislation can be overridden or explained by the High Court and higher (as happened in the three Supreme Court cases referred to above) and sometimes in lower courts (see eg Boddington v British Transport Police [1998] UKHL 13, [1999] 2 AC 143 and R (O’Connor and anor) v Aldershot Magistrates’ Court [2016] EWHC 2792 (Admin), [2017] 1 WLR 2833; and see also, on this blog, A voyage round Mr Boddington).

Life of a practice direction; or just fade way?

The question remains: how long does a PD last? Does it have a life and then die; does it gradually fade away, or must it be formally and expressly revoked? I don’t think there is a clear answer to that question. It will be considered in the next post, alongside the significance, enforceability and binding nature of the other measures in the “jungle”.

I shall illustrate the “fade away” question by reference to a pre-2005 PD, which is still of relevance, namely Practice Direction (Applications by children: leave) [1993] 1 WLR 313, [1993] 1 FLR 668. It deals with applications by children of “sufficient understanding” (Children Act 1989 s 10(8)) who seek court permission to apply for their own order under Children Act 1989 Part 2 (eg where they are to live). The PD was approved and the reasons for it being before a High Court judge were explained by the Court of Appeal in a case which is still good law, namely Re CT (A Minor) (Wardship: Representation) [1993] 2 FLR 278, sub nom Re T (A Minor) (Child: Representation) [1994] Fam 49, [1993] 3 WLR 602, CA (where I acted for CT on her successful appeal to be allowed to make her own application in the High Court: an adopted child who wanted to go back to live with her natural family).

This will be considered at the conclusion of the next post.