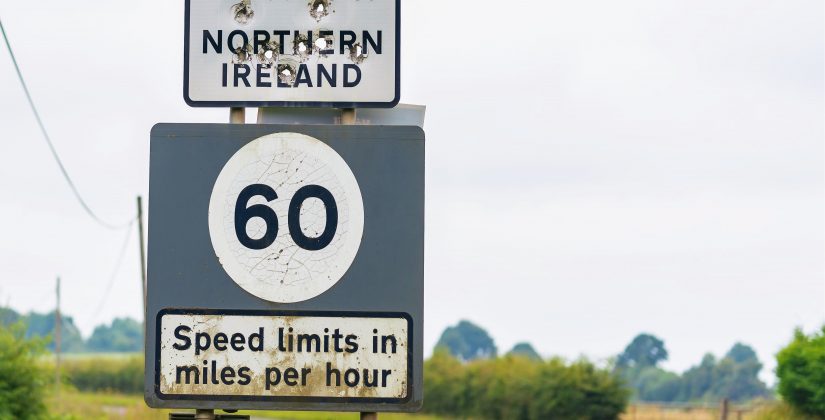 NIP in the air

Legislation designed to circumvent the problems said to have been created by compliance with the Northern Ireland Protocol (NIP), is itself said to be problematic. As Ronan Cormacain explains on the UK Constitutional Law Association blog,

“The Northern Ireland Protocol is part of the Withdrawal Agreement, designed to set out the legal parameters of the withdrawal of the UK from the EU. The Government proposes to introduce legislation to unilaterally change the Protocol. On the face of it, this would appear to place the Government on the highway to a breach of international law.”

Cormacain considers whether the proposal might be consistent with the Vienna Convention on the Law of Treaties 1969 (Does the Vienna Convention provide a legal off-ramp for unilaterally changing the Northern Ireland Protocol?) He thinks not. He has since published a further, more detailed commentary, published by the Bingham Centre for the Rules of Law: Northern Ireland Protocol Bill: A Rule of Law Analysis of its Compliance with International Law

The really bizarre thing about all this is that the NIP and the Withdrawal Agreement of which it is part, were touted as a major triumph by the Prime Minister and his government at the time it was concluded. It was the “oven-ready deal” that would enable Boris Johnson to claim credit for “getting Brexit done”. But sadly that oven-ready deal seems now to have been either half-baked or over-done. At any rate, it is no longer to the taste of those who plumped for it, and their dyspepsia is such as to give the rest of us a bellyache.

The problem is that you can send a dish back to the kitchen but if you are yourself one of its chefs, it makes you look pretty foolish. Nor does it help when the other chef, the European Union in this case, is perfectly happy with the dish and refuses to change the recipe.

The government’s initial solution to the problem was to declare that they proposed to break international law in a “in a very specific and limited way” in order to get round the self-imposed restrictions in the protocol. That didn’t go down too well, for reasons explained by David Allen Green in the first of a series of posts on his Law & Policy Blog dealing with the government’s embarrassing attempts to find a solution: The odd and worrying situation of the legal advice on the Northern Ireland Protocol

What followed was an attempt to obtain official government legal advice that supported its new proposals, using a combination of carefully curated independent advice on international law, as adopted by the Attorney General, and then attempting to back it up with a blindfolded opinion from senior Treasury counsel (he was asked to assume the advice given to the AG was correct, about which he was evidently sceptical), the net effect of which was to leave the matter in greater doubt and uncertainty than before. Far from calming public anxiety (at least among people who care about that sort of thing) over the government’s potential breaching of international law, the whole “shenanigan” (including possibly deliberate leaks of the advice) seems to have made it far worse.

The published proposals themselves do not inspire confidence. The government’s basic strategy seems to rely on the doctrine of “necessity” — a duress of circumstance of sufficient compulsion to justify breaching the negotiated terms of a treaty. David Allen Green analyses this in another post on Law & Policy: The bare “necessity” — how the legal position of the United Kingdom on the Northern Irish Protocol Bill makes no sense

See also Joshua Rozenberg, A Lawyer Writes: Grave and imminent peril. The protocol — or the government?

Nor is the wording of the proposed legislation (which would disapply specific provisions of the NIP as within the UK, in the hope of easing restrictions on internal trade) such as to bolster confidence. David Allen Green discusses this in a further post, The curious clause one of the Northern Irish Protocol Bill

Sir Jonathan Jones QC, writing on PoliticsHome, says The Northern Ireland Protocol Bill is one of the most extraordinary pieces of legislation I have ever seen

Not accepting returns might not be characterised as “going on strike” — it is perhaps more like working to rule, declining to take over cases in which you were not instructed. But the “days of action” (when barristers refuse to attend court) for which the majority balloted by the Criminal Bar Association have voted, along with a refusal to accept new instructions, seem more like a full withdrawal of labour and can fairly be described as a proper strike. The ballot result supported a series of such days of action over what promises to become, with this week’s rail strikes and threatened action by teachers and other public sector workers, a “summer of discontent”. In this instance, the action is in response to the government’s slow and inadequate response to demands for better funding for criminal legal aid work.

The Bar as a whole has also complained about the government, or some of its ministers, casting slurs against the legal profession — notably the Prime Minister’s recent comments (in the wake of last week’s Rwanda deportation fiasco) suggesting lawyers representing migrants were “abetting the work of criminal gangs”.

In a joint statement with the Law Society of England and Wales, the Bar Council said:

“It is misleading and dangerous for the prime minister to suggest lawyers who bring such legal challenges are doing anything other than their job and upholding the law. Anyone at risk of a life-changing order has a right to challenge its legality with the assistance of a lawyer, who has a duty to advise their client on their rights.

“The Bar Council and Law Society of England and Wales together call on the Prime Minister to stop attacks on legal professionals who are simply doing their jobs.”

The Prime Minister might like to recall the extent to which he may himself have benefitted from the services of lawyers in the past, and (see NIP story above) how useful he continues to find the lawyers whom he has appointed to ministerial positions in order to do his bidding and provide advice to support his government’s plans.

This week is Refugee Week. Colin Yeo on Free Movement provides a handy explainer: What is the legal definition of a “refugee”?

“In casual conversation or in the media the word “refugee” is often used to refer to people fleeing civil war, disaster, famine or conflict. There is nothing wrong with calling them refugees, but they do not necessarily meet the legal definition of a refugee in the Refugee Convention.”

The 1951 UN Convention on the Status of Refugees, usually read with the 1967 New York Protocol, provides by Article 1A(2) that a “refugee” is someone who meets all the following conditions:

Yeo goes on to explain all the individual conditions in both text and via a handy short video. Immigration policy and the treatment of asylum seekers have been in the news almost constantly of late, particularly last week’s fiasco over the government’s attempts to export the problem to Rwanda. (Weekly Notes, 13 June 2022).

The Law Commission has set out proposals for reforming how companies are convicted of criminal offences. The Commission was asked by the Government to carry out a review of the law on corporate criminal liability, and present a set of options for strengthening the law, in a way that does not overburden businesses. The review followed concerns that the law falls short in adequately holding corporations — especially large companies — to account, particularly for economic crimes such as fraud.

A paper published on 10 June 2022 presents ten reform options to the Government, including widening the scope for attributing liability to corporations for the conduct of senior management — which would reform the established “identification doctrine”.

It also contains the option of extending “failure to prevent” offences so that they capture other economic crimes by corporations, including an offence of “failure to prevent fraud”. This would cover a situation in which the company has failed to put measures in place to prevent their own employees or agents committing fraud for the benefit of the company.

Read more about the project and access the full paper here.

Free Movement: Zambrano applications must be based on facts, not assumptions, says Court of Appeal: Velaj v Secretary of State for the Home Department [2022] EWCA Civ 767; [2022] WLR(D) 241, CA

RPC Perspectives: Permission from the Upper Tribunal needed to argue a new point which was not before the First-tier Tribunal: Wyatt Paul v Revenue and Customs [2022] UKUT 116 (TCC), UT (TC)

The London Legal Support Trust’s annual fundraising sponsored walk returns. What is it all for? We believe in access to justice, say the organisers. “Thanks to your participation in events such as the London Legal Walk we are able to support over 100 organisations in London and the South East each year, helping them provide more free and pro bono legal advice.”

For full details of how to sign up or sponsor a team, see the London Legal Walk website.

You can help us keep the doors to justice open, so that someone facing court without a lawyer can navigate through court and get the help and support they need. Because no one should face court alone. The Ministry of Justice has decided no longer to fund the charity Support Through Court, formerly known as the Personal Support Unit. The organisation, which relies on the support of nearly 500 volunteers, is based in courts across the country and runs a national helpline. They have launched an urgent appeal for public funding. Donate now via their website.

from an earlier summer of discontent, is an historic reminder from solicitor Karen Dovaston that grammatical solecisms should be avoided like the (bubonic) plague.

Thanks for reading, and thanks for all your tweets and links. Take care now.