This week’s roundup of legal news catches up with the state of the nation’s politics, its justice system and other unfinished business. Plus recent case law and commentary.… Continue reading 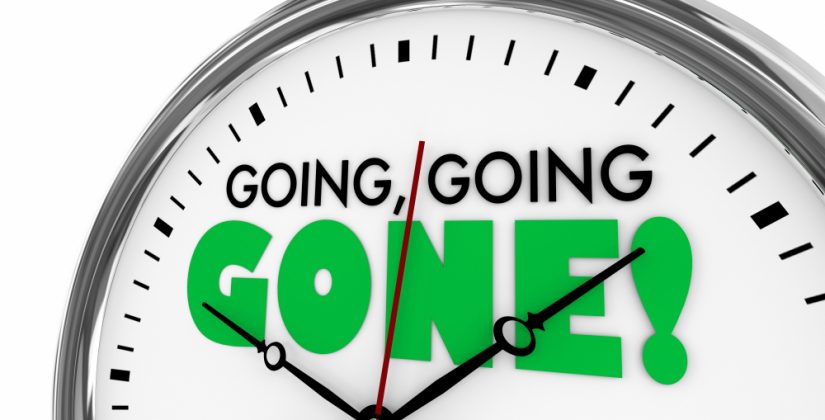 The Prime Minister resigned last week, after days of uncertainty, though he did not actually quit. (He said he would stay until a new Conservative Party leader is appointed.) What happened was that an accelerating succession of ministerial resignations triggered by yet another scandal eventually left him insufficiently supported to continue any pretence at leading a government, with even last minute replacement ministers either resigning or calling for him to go. Eventually he had to go.

As Tortoise Media put it in their daily Sensemaker on 7 July,

“A fever dream of defiance yesterday petered out overnight as the Johnson administration broke all records for ministerial resignations. There was a telling silence from Downing Street when it would normally have been fielding ministers for the morning media round. At 8.30am Johnson phoned Sir Graham Brady, chairman of the Conservatives’ 1922 Committee, to tell him he would be resigning. …

In the 24 hours before that call to Brady, 48 members of Johnson’s government including five cabinet ministers resigned. Michael Gove was sacked and called a snake. The attorney general announced a leadership bid live on TV. At least 20 ministerial posts were left unfilled and many departments dysfunctional. The number of Johnson loyalists in a parliamentary party with 358 MPs shrank to 65, but he clung on.”

Since then a number of former ministers have launched their own bid for leadership of the Conservative Party and, therefore, Prime Ministership. Whoever wins will be voted into this most important office by a combination of Tory MPs and the other members of the Conservative Party. Ours is not a “presidential” system and the office of Prime Minister is technically one conferred by Her Majesty the Queen, though in practice answerable to Parliament. The extent to which the monarch is advised or ought to be advised on such matters by the Privy Council was the subject of a comment piece by Lord Sumption in The Times: Our system of conventions won out this time. But if Johnson had been mad as well as bad, the whole edifice could have fallen

Among the candidates swarming for the attention of what are euphemistically described in the newspapers as “Tory grandees” and the ageing party membership (most of whom may last have been “Young Conservatives” back in the 1950s when that was a thing) are the current Attorney General, Suella Braverman QC, whose pitch includes decoupling the UK from the Council of Europe and the jurisdiction of the European Court of Human Rights. That would cause problems with the Good Friday Agreement and the devolution settlements with Scotland and Wales since (we understand) they all depend on continued membership of COE. They could, of course, be renegotiated, but that might prove even more of a struggle than the current impasse over the Northern Ireland Protocol and its effect on internal movement of goods.

Other candidates, such as former Lord Chancellor and Secretary of State for Justice Liz Truss MP, have promised tax cuts, which is always a hit with the rich. Some are more tainted by association with the Johnson administration than others, but of the current runners only Tom Tugendhat and Jeremy Hunt can claim to be wholly untainted thereby. For more commentary see:

Criminal barristers have declared their intention to continue strike action during the coming months, according to the BBC. Rallies have taken outside the Royal Courts of Justice, in London, plus Liverpool and Birmingham Crown Courts. Members of the Criminal Bar Association have rejected the government’s 15% pay offer, saying it will not kick in immediately or apply to existing cases.

Vice Chair of the @TheCriminalBar, @Kirsty_Brimelow delivers a speech to the North West criminal practitioners.

Outside court, Harriet Tighe from @DeansCourt_Chs holds a placard. pic.twitter.com/DjEYQHdTwh

It was reported that court staff had been asked to record and report the names of striking barristers to the Ministry of Justice, based on a leaked email seen by Law Society Gazette, but that was later denied by the MoJ who “acknowledged that the email used confusing language and was potentially sent by mistake”. The Criminal Bar Association expressed its concern about what it described as “unlawful processing of data” and the solicitors firm Mishcon de Reya, which is acting pro bono for the CBA, sent a letter of complaint to the MoJ. (Gazette, Strike data collection caused ‘immediate distress’)

Meanwhile, up at the Mansion House one judge (presumably not the Chief) voiced their support for the action:

The lord chancellor, @DominicRaab, is boo’d during his speech at annual judges’ dinner when he says that industrial action by @TheCriminalBar is ‘regrettable’ & ‘disappointing’.

In an interview with fellow barrister Robert Rinder on Talk TV, Joanna Hardy-Susskind explains the risks to the profession and problems with the criminal justice system against which barristers are protesting.

"If we're haemorrhaging kids that can't afford to do this job, we're going to end up with the posh kids."

This is a new book from Routledge, edited by Emily Allbon, Associate Professor of Law at City Law School, and Amanda Perry-Kessaris, Professor of Law at Kent Law School, on “how designerly mindsets, processes and strategies can enhance teaching and learning across higher education, public legal information and legal practice”. Among the contributors, Isobel Williams in chapter 12, Judging by Appearances, discusses the visual side of courts during the onset of the pandemic. (You can also watch her video introduction via YouTube). Emily MacLoud, who currently leads the digital team at Law Centres Network, contributes a chapter on “Designing access to the law: An ethical perspective”. You can see more about her and the book’s other chapters here.

Karolina Szopa and Jamie Fletcher on the UK Constitutional Law Association blog discuss the implications for European human rights law of the recent decision by the Supreme Court of the United States to overturn the case of Roe v. Wade (1973) 410 US 113 and to declare in the case of in Dobbs v Jackson Women’s Health Organisation ,that there is no constitutional right to abortion under US law. (We discussed this decision in Weekly Notes, 27 June 2022). See also the essay by Kirsty Hughes on the same blog, The Bill of Rights and the Precarity of Abortion Rights.

What happens when a devolved bill is referred to the UK Supreme Court?

The Abortion Services (Safe Access Zones) Bill (Northern Ireland) has been referred to the UK Supreme Court. Graeme Cowie, in a House of Commons Library insight briefing, explains why, and how a bill reference works. They are a feature of the devolution settlements in Northern Ireland, Scotland and Wales which allow government law officers, whether those of the UK Government or devolved authorities, to test legal issues directly before the UKSC.

Stefan Theil on the UK Constitutional Law Association blog discusses clause 40 of the proposed replacement for the Human Rights Act, the effect of which is to give the Secretary of State the power to make ‘transitional or saving provision’, specifically to ‘amend or modify any primary or subordinate legislation so as to preserve or restore (to any extent) the effect of a relevant judgment of a court’ — ie (it seems) a judgment made in reliance on s3 HRA. The implication being, perhaps, though this is not clear, that such judgments applying Strasbourg jurisprudence might otherwise be effectively purged from having precedential value under the common law.

Gus Baker on the UK Labour Law Blog discusses another aspect of the BORB, namely the requirement in cl 4 of the Bill to give great weight to the importance of protecting the right to free speech — defined for this purpose as “right to impart ideas, opinions or information” but not, it seems, to receive the same. This appears to be the intention of the Bill’s progenitor, Dominic Raab, in a recent interview with the Mail: “Effectively, free speech will be given what will amount to ‘trump card’ status in a whole range of areas.…I feel very strongly that the parameters of free speech and democratic debate are being whittled away, whether by the privacy issue or whether it’s wokery and political correctness” . Baker looks at this through the lens of employment law and the implications in connection with disputes over employees’ speech inside or outside of work.

Rupert Paines on the Panopticon blog reports on Ofcom’s ‘roadmap to regulation’ if and when the Online Safety Bill becomes law, together with a ‘call for evidence’ for the first phase of online safety regulation. The roadmap is expressly said not to be intended as a guide to future compliance, but rather an information document setting out Ofcom’s present thinking. Nonetheless, there are various nuggets of interest that can be prised out of it.

What the Princess of Pop teaches us about Capacity

In a guest post on the UK Human Rights Blog, Belinda Cheney, a District Tribunal Judge in the Health and Social Care Chamber (Mental Health), discusses the Britney Spears saga, the concept of ‘conservatorship’ and the potential for abuse. She considers the similarities and differences between the US conservatorship and the UK deputyship, both of which enable control of a person’s affairs to be conferred on another person by a court while they lack capacity to manage for themselves.

Patrick Goold on City Law Forum discusses the proposal of the UK IPO not to change section 9(2) of the Copyright, Designs and Patents Act 1988, which states that when a work has no ‘human author’ and is generated by a computer, the work ought to be protected by copyright for 50 years, with the copyright owned by the person who made the necessary ‘arrangements’ for the work’s generation. While the IPO acknowledged the apparent contradictory nature of the provision, they concluded that there is no evidence that the provision is actually harmful.

Take your time, we’ve got all decade…

Barrister Lucy Reed on her Pink Tape blog complains about the continuing delay in implementing a prohibition on cross examination in the family court, for which legislation (via s65 of the Domestic Abuse Act 2021) has after repeated attempts finally been passed into law, and about the fact that the new provisions, whenever they finally do come into force, will only apply in the Family Court to newly issued cases (unlike the position in other courts). Nor is the scheme under which advocates will be paid to undertake the necessary cross-examination likely to be well enough paid to ensure it is fully implemented.

Russell Sandberg: The Possible Implications of the Judicial Review of Religious Education and Collective Worship in Northern Ireland: Re JR87 (by her mother and next friend) and her father (“G”) for Judicial Review (Transcript PDF), HC (NI)

is from barrister Rachel Chan on the subject of pop-up (toaster) courts.

Technically it should be 'God and the buffet breakfast is on my right' pic.twitter.com/TfjIpQI8Ua