Open justice and the Rule of Law

“The law belongs to the people. Access to the legal system is a basic right and a public good.”

So declared the Chief Justice of Canada, the Rt Hon Beverley McLachlin PC, in response to fellow Canadian, Szilvia Booker, a barrister practising in England, who had asked the Chief Justice whether the principle of open justice should mean not just that the courts were open to all but also that the justice dispensed there was accessible to all. 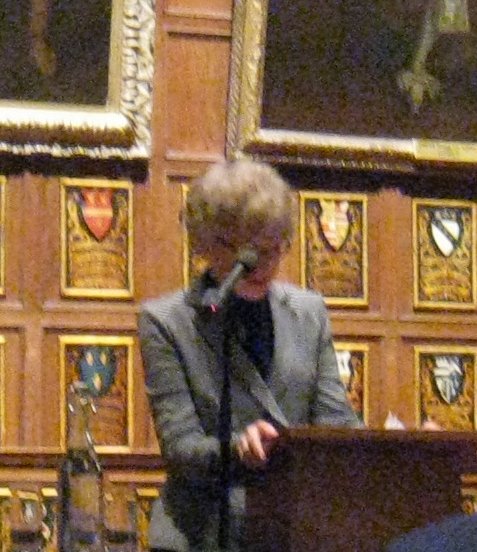 In her lecture, Chief Justice McLachlin began by saying that the “open court principle” was rightly venerated as a key component of the rule of law, the core principle of which, as defined by Lord Bingham in his book, The Rule of Law (2010), Ch 1, p 8, was that:

“all persons and authorities within the state, whether public or private, should be bound by and entitled to benefit from laws publicly made, taking effect (generally) in the future and publicly administered in the courts.”

“Where there is no publicity there is no justice” and “Publicity is the very soul of justice. It is the keenest spur to exertion, and the surest of all guards against improbity. It keeps the judge himself, while trying, under trial.”

On the same theme, Justice Brandeis of the American Supreme Court had famously remarked that “Sunlight is the best disinfectant”. The open court principle meant in practice that (1) court proceedings including the evidence and documents disclosed in proceedings should be open to public scrutiny; and (2) juries and judges should give their decisions in public. (It did not require every aspect of the judicial process to be open, so that for example judges’ deliberations could remain private, and some evidence might be protected by privilege.)

Open justice was important for three reasons: First, it assisted in the search for truth and played an important role in informing and educating the public. Second, it enhanced accountability and deterred misconduct. Third, it had a therapeutic function, offering an assurance that justice had been done. The tradition of open justice had its origins in England before the Norman Conquest, when freemen in the community participated in the public dispensing of justice. The tradition had spread out from England, particularly to those parts of the world which had adopted and retained the common law heritage, but was also observed and respected in civil law societies. The open court principle had been affirmed in England in the strongest terms by the House of Lords in the case of Scott v Scott [1913] AC 417, 463, where Lord Atkinson had said:

“The hearing of a case in public may be, and often is, no doubt, painful, humiliating, or deterrent both to parties and witnesses, and in many cases, especially those of a criminal nature, the details may be so indecent as to tend to injure public morals, but all this is tolerated and endured, because it is felt that in public trial is to found, on the whole, the best security for the pure, impartial, and efficient administration of justice, the best means for winning for it public confidence and respect.”

“Many times it has been urged that the ‘privacy’ of litigants requires that the public be excluded from court proceedings. It is now well established, however, that covertness is the exception and openness the rule. Public confidence in the integrity of the court system and understanding of the administration of justice are thereby fostered. As a general rule the sensibilities of the individuals involved are no basis for exclusion of the public from judicial proceedings.”

One was the increasing emphasis on privacy, and the idea of privacy as a right guaranteed to and enjoyed by citizens, and protected by the law. In the United States, this took the form of a tort of invasion of privacy. In the UK, a similar result had been achieved with a cause of action for breach of confidentiality. Privacy also justified the exclusion of the public gaze from proceedings involving children and vulnerable adults. However, there had been recent debates in the UK about the secrecy of the family courts, and Sir James Munby, President of the Family Division, had published draft guidance proposing a presumption in favour of publication of judgments.

The other was national security, and the requirement that certain kinds of proceeding be held in secret for that reason. The open court principle had been nurtured in a stable society in peaceful times. Since 9/11 national security had become a priority for many governments, and was used to justify proceedings such as deportation hearings and closed material proceedings being held behind closed doors.

At the same time, the ramifications of recent technological advances in communication were being felt through the immediate and widespread dissemination of any information made public by the court. There was a paradigm shift here, an “information megaphone”. As a consequence, access to information such as court documents was now being limited, where previously it had been made available. There was also the risk of information being abused, particularly through social media.

While recognising that the open court principle was not absolute, given the potential conflict with the demands of privacy and security, the question was how best to decide where to draw the line. It was necessary to weigh and evaluate the conflicting demands and to find a solution that gave adequate protection to, and preserved the core value of, the open court principle.

In Canada the common law test which had been applied involved two stages. The open court principle could be limited (1) if it was necessary to do so in order to prevent serious risk to the administration of justice and other means would not achieve the same result; and (2) the salutary effects of the limitation outweighed any deleterious effects on the interests of the public. Drawing the line in the right place was neither obvious nor easy. The recent Snowden affair suggested that governments don’t always draw the line between privacy and security in the right place.

Chief Justice McLachlin concluded her lecture with the following declaration:

“Our duty as judges and lawyers is to ensure the basic right of open justice is preserved.”

Chantal-Aimée Doerries QC then thanked the Chief Justice for her excellent lecture, and invited questions from the floor.

One of these, as noted above, came from Szilvia Booker, a barrister from 9-12 Bell Yard specialising in criminal law, who asked whether the open court principle also involved openness in the sense of accessibility, something which in England, in the face of legal aid cuts, was increasingly under threat. (Two days earlier, Booker had taken part in one of the numerous demonstrations outside courts by barristers against the proposed cuts to criminal legal aid.)

Answering her question, Chief Justice McLachlin was careful not to make any undiplomatic criticism of British government policy, while stressing the importance of accessibility to justice. Accessibility to the legal system was, she said, a basic right and a public good. Though it was increasingly difficult to promote access to justice in view of the financial constraints faced by governments, “we all have a responsibility to bring the need for access to justice to the forefront in public debate.” Governments, judges and lawyers needed to work together, using a variety of approaches, including pro bono work, alternative procedures and legal aid, to ensure that those who needed justice could obtain it. Commitment to that process needed to be constantly sustained. After all, she said: “The law belongs to the people.”

Chief Justice McLachlin’s lecture, like previous lectures in the Bar Council’s International Rule of Law series, will eventually be published on its website. The above account of the lecture is based on the author’s personal notes and, while it aims to be fair and accurate (with citations and quotations looked up and checked), it is certainly neither word perfect nor complete.