Nowhere to hide: the value of vellum 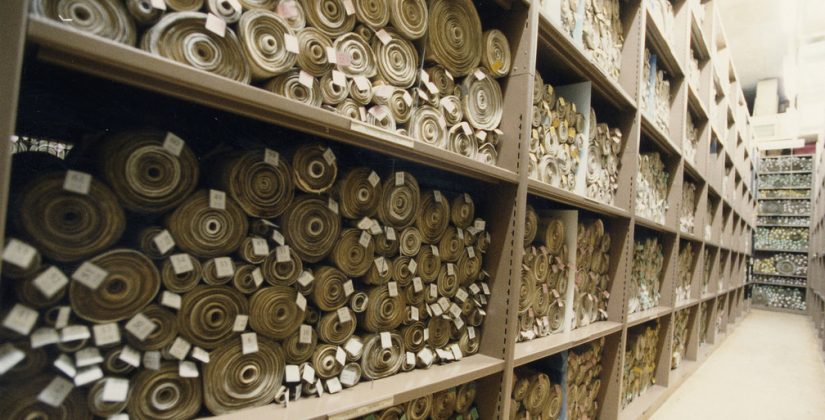 In February 2016 the government, casting about for another sacrificial calf in the constant quest for cuts, announced that it proposed to save some £80,000 a year by abandoning the centuries-old practice of preserving statutes of the realm on vellum. Though now done by printing, the practice goes back to the days when the laws of the land would have been inscribed with a quill pen, on a parchment made from calf skin. The proposal caused an outcry and eventually the decision was changed, though the compromised reached is unlikely to satisfy traditionalists.

The word vellum comes from the French veau, meaning a calf. Forms of parchment made from the skins of other animal, such as goat or sheep, are not technically vellum. An article on the website of the US National Archives explains how it is prepared:

After the skin is removed from the animal and any hair or flesh is cleaned away, it is stretched on a wooden frame. While it is stretched, the parchment maker or parchminer scrapes the surface of the skin with a special curved knife. In order to create tension in the skin, scraping is alternated by wetting and drying the skin. The parchment is scraped, wetted, and dried several times to bring it to the right thickness and tautness. Sometimes a final finish is achieved using pumice as an abrasive followed by chalk in order to prepare the surface of the skin to accept ink.

English statutes have been recorded on vellum for centuries. Some of the most important national documents, including Magna Carta and the Lindisfarne Gospels have been created in this way. Vellum can last far longer than paper, up to 5,000 years, whereas archival papers last no more than a couple of centuries.

From 1849 to 2015, record copies of public Acts were printed on vellum; before 1849 they were handwritten on parchment rolls (usually made from goatskin). The decision to print instead of “ingrossing” (hand writing) and “inrolling” on parchment rolls was adopted through resolutions by both Houses of Parliament following recommendations made by the Select Committee on Printing in 1848, and in a 1849 report by the then Clerk Assistant of the House of Lords. Record copies of Acts were thereafter printed in book form, on vellum. Record copies of private Acts were printed on vellum between 1849 and 1956, since when they have been printed on archival paper.

The decision to scrap the tradition of recording on vellum in favour of printing new legislation on high quality paper came as a shock to many. It appeared to have already been approved by a House of Lords committee back in 1999 (perhaps intended to take effect with the new Millennium) but was then left unimplemented, and it had never been approved by the House of Commons. After Sharon Hodgson, a Labour MP, raised a point of order in the House of Commons, the Speaker said the decision could be blocked by a vote on the floor of the House.

Another MP, Jacob Rees-Mogg, expressed his horror at the proposal in an article in the Guardian (17/02/16), entitled We should not abandon vellum – it tells us that our laws are serious:

The practical arguments are admittedly marginal: vellum does last longer than paper, but as most laws do not last as long as the paper they are written on this is not conclusive. It is more the symbolism. The permanence of vellum, strictly only parchment made from calfskin – it has the same etymology as veal – is a statement that law is important, which indeed it is or ought to be.

On 20 April 2016, following a vote secured by another MP, James Gray, the House of Commons agreed a motion instructing the Clerk of the House to convey to the Lords that the Commons “has withheld its consent to the use of archival paper rather than vellum for the printing of record copies of public Acts of Parliament”. The chairman of the committees of the House of Lords wrote back to explain that if the Commons wished to arrange a contract for printing record copies of Acts on vellum, then the Lords would share experience of managing the legacy contract to assist with this, but the House of Lords, which had hitherto managed the contracts and was responsible for paying for the printing, did not wish to contribute financially to any future printing on vellum.

So after all that it appears that Parliament has moved from a position of printing all public statutes on vellum to a position of merely binding them in vellum covers, with the actual contents printed on archival paper. Though the decision was made in 2017, it took effect from 2015 (that being the last year of full vellum printing).