What’s the difference between a “law report” and a “transcript”? 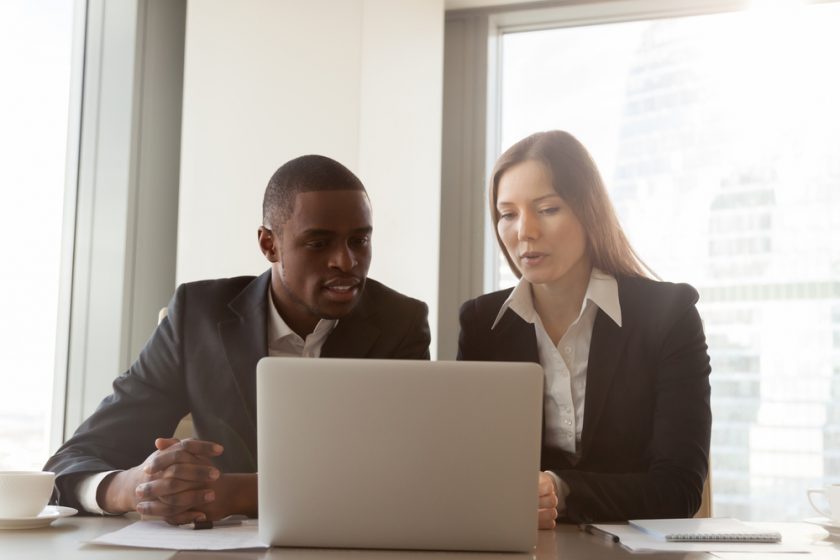 What’s the difference between a “law report” and a “transcript”? This is one of those questions where the answer is as obvious to some as it is inconspicuous to others. It is also a question that may, quite reasonably, strike some as a bit pedantic. However, there is a distinction and it doesn’t hurt to be clear about what that distinction is.

Transcripts are simply a written and verbatim record of the court’s judgment. There are two ways in which a court is able to “give” judgment:

Handing down: Judgment is generally “handed down” in more complex or lengthy cases, where the court has to deal with a substantial amount of material. At the conclusion of argument, the court will indicate whether it is going to “reserve” judgment or give judgment straight away. When judgment is reserved, the court comes back to give judgment at a later date, having taken time to consider the evidence and arguments. Judgments that are reserved are generally “handed down” in the form of a written judgment.

Extempore judgment: In more straightforward cases, the court may feel it is able to give judgment as soon as argument concludes. Clearly, the court will not have the chance to write the judgment up beforehand, so the judge or judges will read their judgment aloud. The verbal judgment will either be electronically recorded and/or taken down by a short-hand stenographer.

In the case of judgments handed down (i.e. where the court gives judgment in written form), the transcript will generally be an exact copy of that which was handed down. Transcripts of handed down judgments tend to consist of:

When you view a case on BAILII or the Official Transcript on Westlaw, you are viewing the transcript of the decision, not a report of it. Most handed down judgments will be available on BAILII very soon after judgment.

For an example of what a transcript looks like, see R (Evans) v Attorney General [2015] UKSC 21 on BAILII.

Not all transcripts of extempore judgments are supplied to BAILII. Some are only accessible via subscription databases, like Westlaw, LexisLibrary, Justis and Casetrack.

Law reports contain all of the components of information you will find in a transcript, but will also consist of a number of fairly substantial editorial enhancements.

Law reports, unlike transcripts, are a highly processed account of the case. A law report of a case is generally produced when the case makes a change to the law (the case is “reportable”). Law reports are written by law reporters; barristers and solicitors who are trained to produce precise and accurate reports of judgments.

Law reports are always published a series. Examples of series of law reports include:

Law reports contain all of the components you’ll find in a transcript, along with a number of other important and useful elements of content. You can open this specially marked up report of R (Evans) v Attorney General [2015] 2 WLR 813, SC to see an example.

Catchwords serve two essential functions. First, they identify the position of the case in a taxonomy of legal subject matters. Secondly, they encapsulate in abbreviated form the issues in the case and any words, phrases or legislative provisions construed by the court.

The first three words or phrases identify the subject matter with increasing particularity according to a taxonomical structure. The first one (eg “Crime” or “Landlord and tenant”) gives a very broad indication of the type of case. The second (eg “Theft” or “Forfeiture of lease”) narrows it down a bit, and the third (eg “Dishonest appropriation” or “Relief from forfeiture”) identifies its subject matter with still more precision. These three levels of particularity are reflected in the hierarchical headings in the Subject Matter index section of the ICLR Consolidated Index, where cases are listed according to their subject matter, and where it is therefore possible to find similar cases listed in the same place (an invaluable research tool).

The remainder of the catchwords set out briefly what the issues in the case were. They identify in inverted commas any words or phrases which the court has defined, and list any statutory provisions or other national or international legislation, conventions etc which the court has considered and ruled upon.

Note: Though catchwords appear in the report, and can help one see at a glance what the case is about, they are not a telegraphic form of headnote, and they do not state the decision. They are essentially an indexing tool, a way of categorisingrather than of summarising the case.

The Headnote (yellow and blue highlights)

A headnote is a summary, appearing at the beginning of a full text law report, encapsulating as precisely as possible the principle of law which the case establishes.

In some cases, this may consist of little more than a bald proposition, which in older reports used to be contained in a sidenote. In most modern reports, however, the headnote will take a bipartite form in which the first part will outline the relevant facts and issues, and the second, in a separate paragraph or paragraphs, continuing after the word “Held,” will set out the proposition(s) of law. This structure enables readers quickly and easily to ascertain what the case was about and identify the point of law decided.

In a few cases, a propositional headnote is more appropriate, particularly where the facts are largely irrelevant to any understanding of the principle, and would, if included, simply distract readers from the point of the case. Sometimes this will be followed by a brief statement of the court’s application of the principle to the facts.

Although the headnote adds value to the report of a judgment, it is the judgment itself which sets the precedent and binds subsequent decision-makers. Nevertheless, a good headnote is a work of meticulous legal draftsmanship and can withstand the closest of textual scrutiny. Accuracy is all. Make the proposition too general, and the principle appears either so watered down as to be meaningless or, more dangerously, misleadingly wide in its application. Draw it too narrowly, and it fails to express the principle on which the court based its decision. At its best, a headnote is a precious distillation – the single malt of legal learning.

The blocklist sets out all of the case mentioned in the judgments, along with all case orally cited by counsel during argument, along with those in the skeleton arguments.

What is sometimes referred to as the “facts paragraph” is a brief introduction to the case, giving the full names of the parties and outlining the nature and history of the proceedings (action, application, appeal etc) between them from their commencement to the current hearing.

Additional information provided here may include a summary of the claims, or the grounds of appeal taken from the appellant’s notice, or the case stated by a lower court on an appeal by case stated.

In some older reports, the facts of the case are also summarised here, rather than being set out in full in the judgment from which they are taken, so that only that part of the judgment dealing with the law and its application to the facts is reproduced.

For a detailed breakdown of the anatomy of a law report, click here.