Advocacy and all that; the first 45 years… 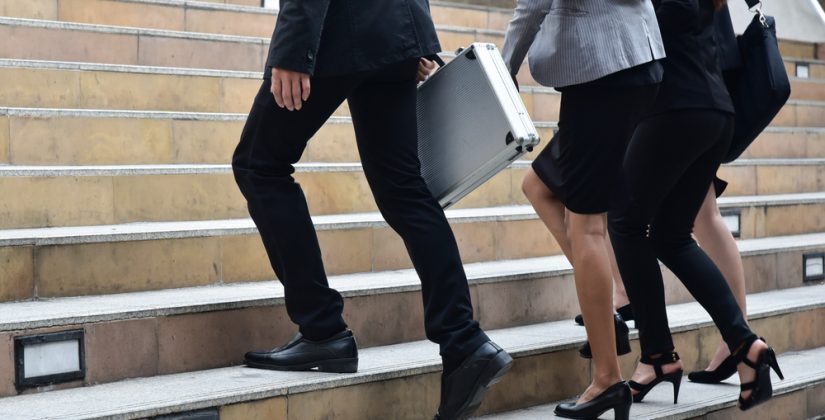 Lipstick and being nice to court staff

Gabrielle Jan Posner of Trinity Chambers in Cheltenham starts her humorous run through of her career practising at the bar (Family Law Week 18 October 2021) in the mid-1980s by recalling the advice of her “pupil mistress” as:

She ends by stressing the importance of not immediately pressing your computer “send” button. If you confine sending things until the next working day, you will be doing everyone else, including the judge, a big favour too, she says.

That made me think back. I’ve always got away without wearing lip-stick, and urgency of finding loos was never high on my agenda in a foreign court, but I can certainly relate to the other two pieces of advice. And I can see how times have so massively changed for the advocate over my nearly 45 years on my feet. Yes, I started my advocacy mostly on my feet (as distinct from on my bottom in many private district judge hearings) as most of my early work was in the local magistrate’s court in crime; and a lot was in the county court.

Gabrielle describes her brief for the next day arriving by fax (before the ubiquitous email). That is one pressure the solicitor advocate (A) did not have, or not in the same way. For good or ill, A has known the file for many months, even years, before any substantive hearing. A will have worked with the client, will have done all of the prep work on the file and most or all of any interim/interlocutory hearings. A can prepare any necessary skeleton arguments, chronology and other documents needed for a hearing well before the hearing. Well, that’s the plan.

High points for my early years included my first magistrates’ acquittal in Spring 1974 – I skipped all the way back to the office after that; and my first reported case, in 1984 before Booth J (Peacock v Peacock [1984] 1 WLR 532, [1984] FLR 263). A memorable low was being threatened with a wasted costs order by Bush J, where I had just made an application recommended by one of our local registrars (later district judges). I slunk away and sat in St Mary Redcliffe, Bristol – looking for somewhere peaceful and safe – and feeling very sorry for myself. (I heard no more of any wasted costs application).

I shan’t say when it was I first had a judge look at me as I rose to my feet, and say: “Now what does the law say about all this, Mr Burrows?” of an application the court was considering. “‘The law” my Lord?’ “Yes Mr Burrows, the law.” And I am afraid he found the answer before I did. Up till then most of my work had been in the magistrates’ courts, and apart from occasional delving into Stones Justices’ Manual, like most solicitors I didn’t trouble too much with law.

My second reported case was one of the earliest guardian ad litem magistrates’ court applications (AR v Avon County Council [1985] FLR 252, His Honour Judge Sir Ian Lewis) when, astonishingly, the law was found to be that a parent could not appeal against a care order. That was in the days when care orders were knocked off by magistrates in half a day with minimum evidence and no expert reports. I can remember a local authority representative – he prepared the cases for the juvenile court, where they were heard then – seriously asking why it was that the local authority decision on care even had to be considered by a court at all. Surely the social workers decision should be final?

Advocacy in the Court of Appeal

The email age and the Mostyn J penal notice

White v White coincided with the beginnings of the email age. Ten years on from that the contact was still with the court staff who – as Gabrielle says – ran the courts. Increasingly that is now changing. Advocates draw the orders; and then they have direct contact with the judge. “Recitals” rule. They may be meaningless, technically, but they are surely often threatening to many parties. “The order” – the whole point of the exercise – seems almost secondary.

Most threatening of all is the lurking penal notice. Members of the bar insert these in every order, because “Mr Justice Mostyn” – his orders – “say so”. They should not be there unless a judge specifically orders that a penal notice be attached for cause to a particular paragraph in the order. That someone must leave the house by a given date, or is prohibited by order from taking children abroad, and so on.

And how may judges and advocates know that to mean anything an order with a penal notice must be served personally. I had one in a consent order the other day. To threaten someone with prison because they have not done something everyone has agreed to is plainly absurd.

So how far will email contact with judges go? It is difficult to see that it is satisfactory. Maybe it’s the only way to have orders drawn up relatively quickly; but if I were a judge I’d not be happy.

What is clear is that Gabrielle’s advice of never pressing “send” till the morning after you compose an email is surely always good. It is kinder to the recipient; but I suspect that few emails will not be improved – or even thought better of – if left till next morning. I make it a rule always to reread an evening or late email, before pressing “send”.