What next in family legislation? Part 2: Marriage

A number of changes in marriage and divorce law seem poised to be made by proposed legislation. In three linked posts, we take a quick tour round some of the bills awaiting consideration by Parliament. In this second post, David Burrows looks at the law of marriage and how that might be reformed to accommodate changes in a diverse religio-secular society. … Continue reading 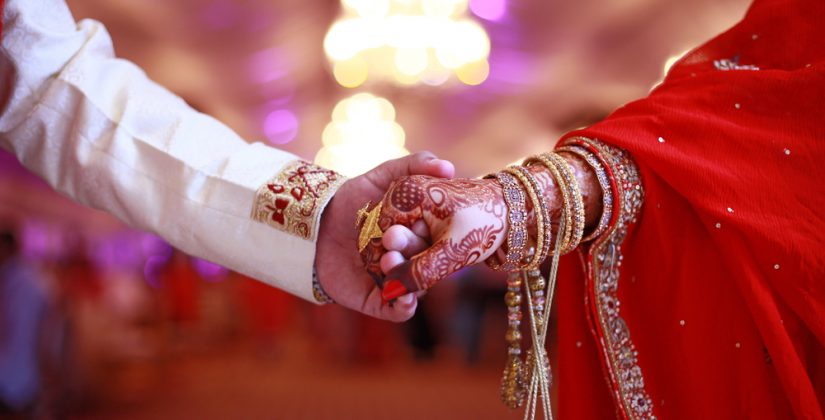 Divorce reform has been in the air for many years. It was given particular impetus by the Supreme Court case of Owens v Owens [2018] UKSC 41; [2018] AC 899. (See the earlier post in this series, What next in family legislation? Part 1: Divorce.)

However, to be divorced you have to be married. That is obvious; but to define a valid marriage in English law is by no means obvious. It is easy enough in a conventional civil marriage (in a registry office), or in religious marriage (with a “signing of the register” bit tacked on). But what happens if the formalities of your marriage are challenged? Maybe you were married in a Sikh or Muslim ceremony, and your estranged husband raises the point in the hopes of not having to provide financially for you.

It is estimated that around 30% of Muslim marriages are not legally valid. This may leave the wife – it will mostly be the wife – in the position of a cohabitant in English law. She will therefore be subject to the vagaries of trust law which the “common law wife” confronts. (There is no such thing as “common law marriage”, and cohabiting couples do not share the same rights under matrimonial law as married couples, as a recent Guidance Note from the Transparency Project explains.)

Alternatively, if she can afford it, she will have to battle in the family courts with the argument that she has a ‘void marriage’ (see recently Akhter v Khan (Attorney-General intervening) [2018] EWFC 54;[2018] WLR(D) 526) so that, if she proves a void marriage, she can then seek the array of financial provision set out in Matrimonial Causes Act 1973.

Financial provision dependant on a marriage

This is important. Many forms of financial provision depend of whether or not a person is married to their husband: benefits claims, insurance, intestacy, claims under Inheritance (Provision for Family and Dependants) Act 1975 (claims to the estate of a dead spouse); quite apart from the variety of financial provision which is available to a married wife: mostly to a void marriage wife; but emphatically not to a not married “wife”. And this is so even though a wife may have thought throughout her “married” life that she was validly married in English law to the man she lived with, and the father of her children.

This state of affairs has been considered by The independent review into the application of sharia law in England and Wales, Home Department, February 2018 (the ‘Review’). The Review was commissioned to look at the working of Sharia councils which, it explains, are voluntary groups of scholars who offer advice to Muslims on Sharia which is a body of jurisprudence based on “a diversity of opinions among jurists” (p 4). “It is important to note that sharia councils are not courts and they should not refer to their members as judges” (p 4).

The Review is a disappointing document. It is only when you have read it that you realise it is designed mostly to look at Muslim “divorce”; but it does nothing, for example, to explain how that works alongside, or in contrast to, a Matrimonial Causes Act 1973 (MCA 1973) divorce: that is, a divorce in the English courts. (The Panel members consisted of an academic as chairman, and three lawyers – Anne-Marie Hutchinson QC (Hon), Sam Momtaz QC and Sir Mark Hedley, a retired High Court, Family Division judge; which makes the Review the more disappointing still for how slender it is on law.)

Most troubling – since the Review is plainly concerned predominantly with the rights of Muslim wives – it does not address the factors alluded to in the second paragraph of this post. It does not tell a reader – who might be an impoverished Muslim woman – what she can do to enforce any rights she might have in English law; and how these operate, if at all, alongside advisory remedies pronounced by the Sharia councils. What happens if financial arrangement agreed by the parties with assistance from their Sharia council: will it be approved on divorce (if the couple are married) by English courts? (Probably not, in the absence of legal advice, and even though a Sharia council has expressed a view.)

In a short section entitled “2 The relationship between state and religion” the Review asserts that European Convention on Human Rights 1950 Arts 8 (right to private and family life), 9 (right to respect for religious belief) and 11 (freedom of assembly and association) are engaged to the extent, it suggests, that religious groups generally are registered as charities. The Review does not explain why Sharia councils may – or not? – be public bodies.

Serious rights and discrimination issues arise from a Muslim spousal relationship. These issues may be eased as a result of the victory of the partner of the dead father of her children in Re McLaughlin (Northern Ireland) [2018] UKSC 48, [2018] 1 WLR 4250 (30 August 2018). It is still an uncertain and rocky road, for any “wife”’ or wife. It is a road which may have to be travelled by Muslim wives whose knowledge of English is limited, and of English law and Sharia still less. If English law does not properly recognise such wives, discrimination (Art 14) and lack of a fair trial (Art 6: if they get their claims before the court) may be engaged. If so Legal Aid Sentencing and Punishment of Offenders Act 2012 section 10(3) must be in line (R (Gudanaviciene) v Director of Legal Aid Casework  [2014] EWCA Civ 1622, [2015] 1 WLR 2247) for any Family Law Act 1986 section 55 (declaration of validity of marriage) or answer of a husband’s defence to a divorce (as in Akhtar).

The Lord Chancellor should reform divorce, by all means; but he should look at the much more diverse question of what is a marriage. And he should recall: a divorce by any process (the one we have now or another under any new Act he proposes) is still a divorce. The benefits to a spouse under MCA 1973 are all there. If you are not married – though you thought you were by the ceremony your Imam set up (say) – no amount of law, at present, will provide you with the benefits available on divorce; or with the relief you might seek as a widow on benefits or otherwise.

Divorce law reform is an easy subject. David Gauke will shortly – March 2019 – be reporting on his review of the replies to his divorce reform consultation: Reducing family conflict – Reform of the legal requirements for divorce. But he seems to be looking little beyond MCA 1973, section 1 (grounds for divorce). The real challenge for reform is the prior Marriage Act 1949 (which is a consolidating statute, now already 70 years old, and based on law going back to 1753: try reading some of it). To reform that in our diverse religio-secular society is the real challenge. Reform within the tapestry of religious marriages available in our mixed society must be the aim of any family law reformer who is concerned with fairness for all wives whatever their form of religious, secular or other marriage.