David Burrows considers the family court’s power to vary or set aside its own orders. … Continue reading 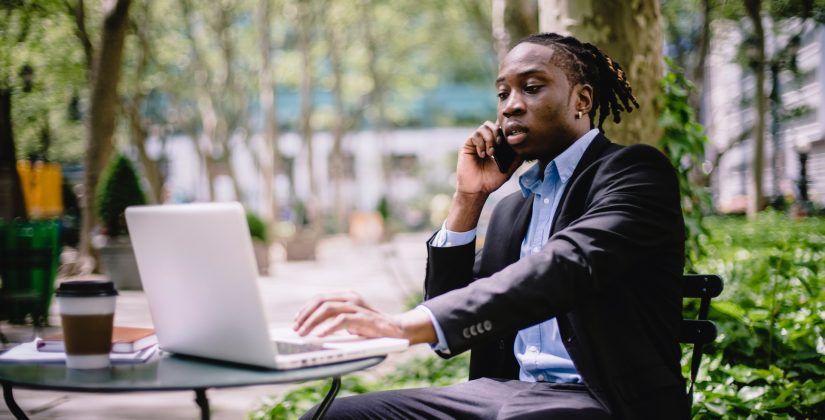 A set aside jurisdiction; but how far?

On of the more controversial areas of family law is the jurisdiction of the courts to set aside or review their own earlier orders. There is a jurisdiction in all civil proceedings to revisit existing orders. Specifically this post is addressed to the power of the family courts to revisit their orders; and, as will be seen, it is an area where a simple statutory position may have complicated the law in inverse incidence to a deceptive statutory simplicity.

Under the heading “Proceedings and decisions”, Matrimonial and Family Proceedings Act 1984, s 31F(6) – the provision in question – says (in force from April 2014):

“(6) The family court has power to vary, suspend, rescind or revive any order made by it, including—

(a) power to rescind an order and re-list the application on which it was made,

(b) power to replace an order which for any reason appears to be invalid by another which the court has power to make, and

(c) power to vary an order with effect from when it was originally made.”

Meanwhile in civil proceedings under Civil Procedure Rules 1998 (CPR 1998) r 3.1(7) and under Family Procedure Rules 2010 (FPR 2010) r 4.1(6), each rule says: “A power of the court under these rules to make an order includes a power to vary or revoke an order”. A lot of verbs are used in this context; but for practical purposes I shall assume that “vary or revoke” is subsumed within the greater, that is the statutory “vary, suspend etc” in s 31F(6). I shall use the terms “set aside” and “review” (since they are the terms which tend to be preferred by the judges). I shall treat them as synonymous with eh verbs actually used by Parliament in s 31F(6).

To review or set aside

Mostyn J did not have Re E referred to him, nor does he cite it. It should not, however, be thought by any practitioner that the set aside jurisdiction exists in the financial relief enclave only. It formerly applied in all County Court proceedings, which applies plainly to the full spectrum of family proceedings; and it applies in all County and Family Courts now. Mostyn J helpfully explains the genesis of the courts’ “re-hearing” (as it was called) jurisdiction from County Court Act 1934. It is explained in Peek v Peek [1948] P 46, [1947] 2 All ER 578 (PDA Div Ct: Lord Merriman P and Wallington J). Mostyn J explained how the concept developed from the rule which enabled the court to “order a rehearing when no error of the court is alleged” (County Court Rules 1981, Ord 37, r 1(1)).

This “no error alleged” terminology is preserved for financial relief proceedings which enables a party to apply “to aside a financial remedy order” – but, under FPR 2010 r 9.9A(2) – “where no error of the court is alleged”. But this does not restrict the set aside jurisdiction to money cases – still less the review or revisit jurisdiction – any more than did CCR 1981 Order 37 r 1. Mostyn J does not consider the breadth of “the error of the court” concept in civil proceedings generally, and certainly not in the context of the generality of family proceedings.

Review of decisions: Re E and the Court of Appeal

Re E sees the Court of Appeal taking a broader view of s 31F(6) than did Mostyn J. Peter Jackson LJ expressed his view on the effect of s 31F(6) and its reach as follows:

“[45] … hold that the family court has the statutory power to review its own decisions and that challenges to findings of fact on the basis of further evidence do not have to be by way of appeal only. I would further suggest that, other things being equal, an application to the trial court is likely to be a more suitable course than an appeal. The trial court is likely to be in a better position than this court to assess the true significance of the further evidence, its advantage being all the greater if the findings are relatively recent, and if the matter can be considered by the judge who made them, as should always be the case if possible.”

Re E was an appeal by the traveller mother of three children aged 9, 4 and 2. They were removed from their mother after the youngest child, N, then aged 10 months, was found to have three cigarette burns on her arm. The mother, a smoker, gave differing accounts of how that had happened. Medical evidence was given by Dr Goodwin, a consultant dermatologist. The judge found the mother’s evidence unreliable and found that the injuries were either inflicted deliberately or caused by seriously culpable negligence. He made care orders on 31 August 2018; but the court had refused applications for further expert evidence in relation to how the injuries might have been caused.

In a parallel criminal investigation the police consulted a forensic burns consultant and forensic plastic surgeon, who in October 2018 considered that an account he understood the mother to have given, represented a plausible explanation for the burns. No criminal charges were therefore made.

On receiving Mr Rayner’s report, the mother immediately tried to challenge the findings against her. She applied for permission to appeal out of time and for permission to file the new report, arguing that it undermined the judge’s findings and that a retrial should be ordered. The local authority and the children’s guardian opposed the mother’s application: the mother they said that her lack of credibility was unaffected by the further evidence. By contrast the medical witnesses – Mr Rayner, a burns expert whose report had not been available to the judge – disagreed as to the probable causes of the burns.

Peter Jackson LJ gave the mother permission to appeal, extended time for appeal and admitted the second report in evidence (see [10]). He wanted the court to be able to consider the procedural matters which the court considered were raised by s 31F(6).

Review of a trial court in children proceedings

Amongst a range of ways in which a review may be achieved is by set aside or rescission of an order summarised, for example, in Family Court Practice 2019 at “E7: Applications to set aside”, rescind, revoke or vary an order in family proceedings, or to seek a retrial of an earlier application (at para 1.213 et seq).

These are separate statutory powers to vary or appeal; and are nothing to do with s 31F(6).

Procedure for review under s 31F(6)

So what could be done for the child and her mother in Re E? What are the procedural implications of s 31F(6)? Peter Jackson LJ explained his object on this dismissed appeal and to clarify how a free-standing application for review of an order could be dealt with – ‘so far less clearly demonstrated’ – as follows:

“[17] … In my view, the family court has the statutory power under [MFPA 1984] s 31F(6) to review its findings of fact…. I also consider that it will generally be more appropriate for the significance of the further evidence to be considered by the trial court rather than by way of an appeal….”

He considered the way that later evidence could be reviewed: by looking at the existing areas of law and procedure which impact on the subject (eg fresh, previously unobtainable evidence under the rule in  Ladd v Marshall  [1954] 1 WLR 1489, issue estoppel and judicial changes of mind: see eg Re L and Another (Children) (Preliminary Hearing: Power to Reverse) [2013] UKSC 8, [2013] 1 WLR 634, [2013] 2 FLR 859); by outlining the changes of “statutory landscape” which occurred in 2014 since introduction of the Family Court in MFPA 1984 Pt 4A; and by looking at how a freestanding application might be made back to the original court. It is this final aspect of his consideration – all obiter, there was no decision by the court on the appeal, save to dismiss it – which he preferred, and which will be looked at here.

Dealing with the Part 18 application

So what is to be done in practical terms? Peter Jackson LJ summarised (at [49]) the approach of a court. Application should be by the Part 18 procedure (ie FPR 2010 Pt 18 which, as with CPR 1998 Pt 23, enables application to be made by a party interim to or alongside their existing proceedings). This application proceeds in three stages:

Of the court’s approach to an application to reopen a previous finding of fact, said Peter Jackson LJ (see Re E at [50]):

These steps are those which any applicant – or that applicant’s adviser – will want to bear in mind (especially (2)) in the drafting of any application for a fresh hearing of the case and in the applicant’s statement under FPR 2010 r 18.7 (which includes a statement of why an applicant is applying for an order).

In principle these factors can be considered by a Family Court which considers any set aside or review application. Financial relief is not in a special position. Were it to be so s 31F(6), and earlier variations on the “no error of the court alleged” principle, the sub-section would have said so.

Mr CB’s application (CB v EB (above)) was based on his assertion that the settlement in his case – intended to achieve parity for the parties – had, over some six years, reduced in real value so that CB had around 10% of the couple’s assets. An assumption on which the 2013 settlement was based had failed. It is to be hoped that if Mr CB gets permission to appeal, the Court of Appeal can review these s 31F(6) cross-family proceedings factors.

A “general” power; but not unbounded…

Perhaps, for now, the last word can be left to Lady Hale. First in Re L and Another (Children) (Preliminary Hearing: Power to Reverse) (above) commenting then on CPR 1998 r 3.1(7) and FPR 2010 r 4.1(6) and, as she saw it, in relation to case management orders these rules gave the court wide powers “to vary or revoke” (para 37) but, at para 38, she made clear her view that the power in the two rules:

“[Do] not enable a free-for-all in which previous orders may be revisited at will. It must be exercised ‘judicially and not capriciously’. It must be exercised in accordance with the overriding objective. In family proceedings, the overriding objective is ‘enabling the court to deal with cases justly, having regard to any welfare issues involved’: FPR 2010 r 1.1(1).”

“[41] … [It] gives the Family Court power ‘to vary, suspend, rescind or revive any order made by it’…. On the face of it, as the editors of The Family Court Practice 2015 point out (p 1299), this is a very wide power which could cut across some other provisions, for example those prohibiting variation of lump sum and property adjustment orders. Clearly, as Sir James Munby P observed [S v S [2015] EWHC 1005 (Fam), [2015] 1 WLR 4592 (16 April 2015)], the power, ‘although general is not unbounded’. However, it does give the Family Court power to entertain an application to set aside a final order in financial remedy proceedings on the well-established principles with which we are concerned in this case.”

Awareness of s 31F(6) is only just developing. It remains to be seen the extent to which the courts may accept its implications. For now the criterion “general [but] but not unbounded” is perhaps the best approach for advisers to anticipate.