Release of documents by or before the Upper Tribunal 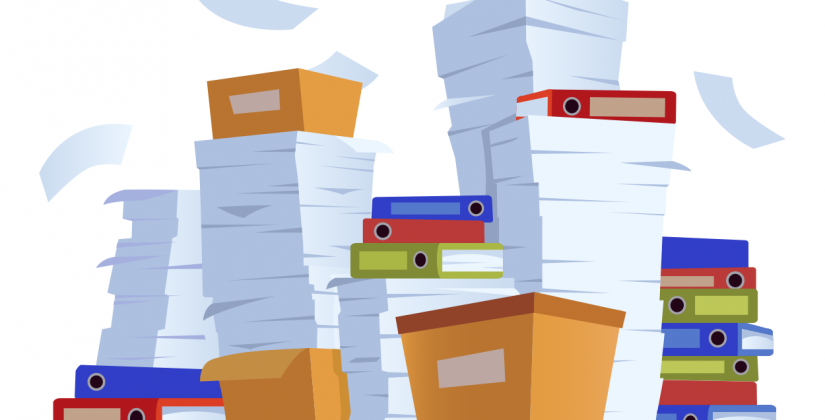 The preliminary issue appeal dealt with by Upper Tribunal Judge Wikeley in DVLA v Information Commissioner and Williams  [2020] UKUT 310 (AAC) (27 October 2020) (‘DVLA v Williams’) looks at the extent to which Upper Tribunal documents can be released by a party to the proceedings. Through this run the cross-currents of tribunal procedural rules and common law.

The procedural rules are Tribunal Procedure (Upper Tribunal) Rules 2008 (‘the rules’). The common law, as will be explained, is summarised by the open justice principle and by Civil Procedure Rules 1998 (CPR 1998) r 31.22 (the implied undertaking as to ‘use’ of disclosed documents by a party to whom they were disclosed).

The rules came into effect in November 2008 and were intended to unify procedure for all administrative tribunals under the recently passed Tribunals, Courts and Enforcement Act 2007 (TCEA) (itself an Act intended to make provision for rationalisation of the full spectrum of tribunals and inquiries: DVLA v Williams was in the Administrative Appeals Chamber). UTJ Wikeley’s findings – an application in a freedom of information case – will therefore define application of the rules to release of documents for all tribunals covered by the rules.

Mr Williams applied for publication of the electronic open core bundle in his tribunal proceedings with DVLA and his freedom of information request from them. DVLA opposed this. Mr Williams subsequently withdrew his application. The judge prohibited Mr Williams’s ; though in law there was no longer any issue before the Upper Tribunal if Mr Williams was willing to be bound by the consequences of his withdrawal of his application.

Mr Williams explained his application and why he thought it important that he should be entitled to “publish everything the GLD [ie Government Legal Department acting for DVLA] /DVLA” had sent to him:

“I apply for an Order declaring that I can legally publish everything the GLD/DVLA has emailed me. I intend to post it online and solicit comment to assist me with resisting this appeal. I have no lawyer. So comments might be useful. Rule 14 is to protect disputed information etc. not OPEN bundles and submissions/ skeletons. Rule 14 is not in place and cannot be applied to OPEN material or OPEN bundles. In any event, the serious harm test below is not met. The GLD has spent a lot of money on a QC, it is in the public interest to see if they money was well spent or not.”

At para [26] UTJ Wikeley refers to TCEA 2007 s 25, especially first s 25(1) and (2)(b) which, he says, “provides that in relation to the production and inspection of documents, the Upper Tribunal has the same powers, rights and authority as the High Court”. Section 25(3)(b) he describes as the equivalence of powers, rights and authority between the High Court and the Upper Tribunal “shall not be taken … to be limited by anything in Tribunal Procedure Rules other than an express limitation”.

The Upper Tribunal has, says TCEA 2007 s 25(1)(a) “the same powers, rights, privileges and authority as the High Court” in relation to (s 25(2)(b)) “the production and inspection of documents”. UTJ Wikeley sets out these passages in TCEA s 25(1) and (2) but does not ask what they mean in terms of what are the powers etc of the High Court. The question for a Upper Tribunal judge must (surely) be: what are “the same powers…. and authority as the High Court”? This should have been the first question for the judge, but it was not one he examined, let alone answered.

“[29]… The starting point of Lady Hale’s analysis [in Cape Intermediate] was as follows: “[41] The constitutional principle of open justice applies to all courts and tribunals exercising the judicial power of the state. It follows that, unless inconsistent with statute or the rules of court, all courts and tribunals have an inherent jurisdiction to determine what that principle requires in terms of access to documents or other information placed before the court or tribunal in question. The extent of any access permitted by the court’s rules is not determinative (save to the extent that they may contain a valid prohibition). It is not correct to talk in terms of limits to the court’s jurisdiction when what is in fact in question is how that jurisdiction should be exercised in the particular case.”

Application of the rules

“Use of documents and information

14 (1) The Upper Tribunal may make an order prohibiting the disclosure or publication of— (a) specified documents or information relating to the proceedings;…”

The issues that fall for decision concluded UTJ Wikeley:

In reply to (1) the judge addressed Mr Williams’s argument that publication as a means of getting information was a form of seeking legal advice; and that to deny that might be said to be denying an aspect of Mr Williams’s right to a fair trial. But no, said the judge, he was not prepared to find that Mr Williams “has an absolute right to publish the electronic core bundle on the web” (see [20]).

But did that come to the same “as saying he needs to seek the Upper Tribunal’s permission to” publish (see para [20]). To consider this the judge turned to the DVLA argument that “the answer lies in the common law doctrine of the implied undertaking in litigation” or as this was put in the DVLA written submissions, that

“documents and information which are disclosed in litigation are subject to an implied undertaking that these will not be used other than for the purposes of the litigation concerned. The use of those documents should be confined to use within that litigation… The requirement that a party must disclose confidential documents and other private information in any civil proceedings is regarded as a very real invasion of that party’s privacy”.

Defined that way, said the judge, “that principle” would permit a party to pass on documents to a legal adviser, but not “to publish the material to the world with a view to soliciting advice from as yet unknown individuals who may or may not be legal professionals” subject to professional codes (at [21]).

The DVLA definition of the ‘implied undertaking’ deals with only one element of three in the common law rule (codified in CPR 1998 r 31.22; and this is unquestionably one of the High Court powers etc referred to is s 25 (above)):

“31.22 Subsequent use of disclosed documents …

(1) A party to whom a document has been disclosed may use the document only for the purpose of the proceedings in which it is disclosed, except where –

(a) the document has been read to or by the court, or referred to, at a hearing which has been held in public;

(b) the court gives permission; or

As can be seen the undertaking is in respect of “subsequent use” of disclosed documents, so it cannot apply to documents which are – as were the Williams documents – in future proceedings; they must have been read out in court; and (a common law gloss) they must have been disclosed by compulsion as explained by Lord Diplock in Harman v Secretary of State for the Home Department [1983] 1 AC 280 where he said, at 299:

“… The practice of compelling litigating parties in the course of preparing for the trial of a civil action to produce to one another, for inspection and copying, all documents in their possession or control which contain information that may, either directly or indirectly, enable that other party either to advance his own cause or to damage the case of his adversary or which may fairly lead to a chain of inquiry which may have either of these two consequences is peculiar to countries whose systems of legal procedure are inherited from the English courts of common law… The use of discovery involves an inroad, in the interests of achieving justice, upon the right of the individual to keep his own documents to himself; it is an inroad that calls for safeguards against abuse, and these the English legal system provides, in its own distinctive fashion, through its rules about abuse of process and contempt of court.”

Over the joint speech of Lords Simon and Scarman, the majority found Harriet Harman (now MP, then a solicitor with NCCL, the National Council for Civil Liberties) in contempt, where she showed documents, previously read out in court, to a Guardian journalist. Her application to the European Court of Human Rights was settled, and her contempt dismissed, on the United Kingdom agreeing to amend court rules so that the position was clarified as now in CPR 1998 r 31.22.

There are a variety of instances where use of disclosed documents “collateral” to earlier proceedings is applied for. Some of these cases are listed by Jackson LJ in Tchenguiz v Director of the Serious Fraud Office [2014] EWCA Civ 1409, at [55] to [66] (cited by the judge at [21] as a modern definition of the collateral use principle) including for example SmithKline Beecham Plc v Generics (UK) Ltd [2003] EWCA Civ 1109; [2004] 1 WLR 1479 (could documents from an earlier patent application be used in a later patent action? Yes said the Court of Appeal, and an order was made under r 31.22).

The principle in issue in “the implied undertaking” related to later release or “use” of documents which arose in earlier proceedings. This fact could not help Mr Williams on that point.

What does the common law permit?

What Judge Wikeley does not do is to stand back and ask what the common law permits to a party to the hearing to release – as Mr Williams wanted to do.

“[14] I consider that it is clear from those paragraphs in the Guardian News case [by which he means R (Guardian News and Media Ltd) v City of Westminster Magistrates’ Court [2012] EWCA Civ 420, [2013] QB 618 (3 April 2012)] that, notwithstanding that the UT is also a creature of statute and has its own rules of procedure, it has an inherent jurisdiction to determine how the principle of open justice should be applied. In the case of the UT, the applicability of and ability to apply the principle is put beyond argument by section 25 of the Tribunals, Courts and Enforcement Act 2007 which provides that, in relation to the production and inspection of documents and all other matters incidental to the UT’s functions, the UT has, in England and Wales or in Northern Ireland, the same powers, rights, privileges and authority as the High Court…”

As the judge pointed out (at [34]) the rule does not say when and in what circumstances “disclosure” – that is to say release of documents – should be prohibited; so, he said, “one is therefore thrown back onto first principles”. He continued:

“[35] It follows that Mr Williams’s contention that “Rule 14 is to protect disputed information etc. not OPEN bundles and submissions/ skeletons. Rule 14 is not in place and cannot be applied to OPEN material or OPEN bundle” is misplaced, as it only tells part of the story. It is certainly true that rule 14 is widely used in the FOIA jurisdiction as a means of protecting disputed information. However, rule 14 applies across the board and may be invoked in other circumstances. Nowhere in rule 14 is there any restriction such that the power to make a rule 14(1)(a) order cannot be exercised where material is contained in an open bundle.”

Though Upper Tribunal proceedings are “held in public” (Tribunal Procedure (Upper Tribunal) Rules 2008 r 37) the judge held that Mr Williams could not release documents as he had proposed.