Who are the law-makers? David Burrows considers who really makes our laws and questions the accuracy of the description as applied to politicians merely by virtue of their participation in the legislative process. … Continue reading 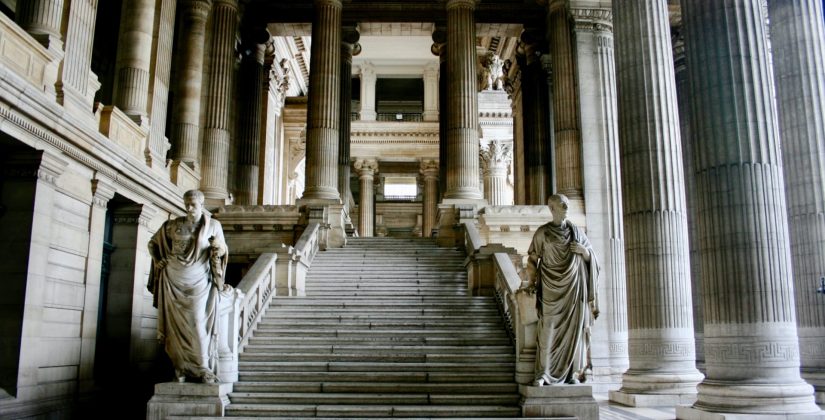 I assume for the present that the body of English and Welsh law consists of the common law; statute law (much of it, but not all, English and Welsh); and a variety of legislation delegated by statute (ie by Parliament) to a number of bodies and government ministers. Who then are the ‘law-makers’?

The question crops up especially, since journalistic shorthand has recently developed which applies ‘law-maker’ to representatives and senators in the US Senate (and to one or two other legislative bodies). Is this perhaps because journalists or editors cannot be bothered (a) to adopt a term which applies to all elected representatives – senators and members of the House of Representatives, alike; or (b) to find out of which House a given elected person is a member. To use ‘law-maker’ is sloppy, and inaccurate.

In a common law jurisdiction, which includes – for example – the United States and India, Australia, New Zealand and Canada and many former British colonies, the initial or primary law-makers, it could be said, are the judges. It is they who first define the common law, and they may be called upon often to redefine and develop the common law.

Judges define law in a wide variety of areas; and their decisions remain law – to the extent that they create or alter the common law – till Parliament says something different. In some cases statute law merely codifies what the judges have already said: see eg Anton Piller KG v Manufacturing Processes Ltd [1975] EWCA Civ 12, [1976] Ch 55 codified in Civil Procedure Act 1997 s 7 as a ‘search order’; or Re F (orse A) (a Minor) (Publication of Information) [1977] Fam 58, [1976] 3 WLR 813, CA explaining how Administration of Justice Act 1960 s 12, had created no law beyond what was already in the common law (both judgements of Lord Denning MR, as it happens).

The important law relating to negligence and to privilege (mostly legal professional privilege and the without prejudice rule) is almost entirely set out in judgments which define the common law (and are authoritatively published in the law reports – eg by ICLR).

The law of legal professional privilege and without prejudice rule privilege remains as now unless Parliament decides to say it is different. It is defined and explained by the judges (see eg R (Prudential plc) v Special Commissioner of Income Tax [2013] UKSC 1, [2013] 2 AC 185; Addlesee v Dentons Europe LLP [2019] EWCA Civ 1600,  [2020] Ch 243 and many other cases in between and before). And in the case of DSM SFG Group Holdings Ltd v Kelly [2019] EWCA Civ 2256 it may be worth noting that the Court of Appeal decision – that a preliminary hearing should be ordered where privilege was in issue – was derived from an Australian judge’s decision.

Who are the law-makers?

If the law is as defined in the first paragraph above, the spectrum of ‘law-makers’ is wide and very varied; and to fail to recognise this is lazy. A wide set of law-making – perhaps most – is done by judges and civil servants. As a practicing lawyer, for example, I must know what judges have said in relation to the field in which I practice; and I do this mostly by reference to BAILII, in the first instance; but then by reference to ICLR and Family Law Reports (FLR).

The next form of law making is delegated legislation. As it happens in my field of work – mostly – the span of delegated legislation is relatively narrow: court rules; legal aid regulations etc. The massive exception to this is child support regulations (drafted by civil servants in the Department of Work and Pensions) and tribunal rules which in extent are probably half family law delegated legislation: they are all law and the whole point of giving their drafting and making (ie turned into law) is to save members of Parliament having to do the job.

That just leaves our parliamentary representatives mostly – often entirely – to concern themselves with policy (which is not law-making at all). They turn out – often whipped – to pass legislation, whether government or opposition. In the spectrum of the real law-makers representatives of the people do very little ‘law making’ at all; and most of them probably do little thinking about what they are voting for either.

If this is, in reality, understood by journalists who use the term ‘law-makers’, I suppose I must accept it. I doubt it is understood; and if I accept it, it is with a bad grace. Worst of all, I very much doubt whether the respective intellectual processes of making law, and of each level of ‘law-maker’, are understood by most journalists.

The intellectual process of making law

The quality of the law which is made, can be judged by the reasons given by those who make the laws. In this I treat the hierarchy of law-makers as: judges, civil servants who brief MPs and draft primary legislation; civil servants and other draftspeople who prepare for the making of delegated legislation by eg a Secretary of State; and a small handful of MPs who actually consider legislation they are asked to pass.

Look at the intellectual processes these forms of law-making demand. The work of High Court, and higher, judges (up to the Supreme Court) can be seen from what they say to explain their findings in law (the common law in action). The work which civil servants do can be seen in the documents which surround, and explain, the primary and delegated legislation they produce.

I assume the position is comparable in the United States; yet what do their ‘law-makers’ feed into this process? I do not know, but I expect it is very little in terms of actually making law, as opposed to being division lobby fodder for one or other political party.