Confidentiality and when to release or publish 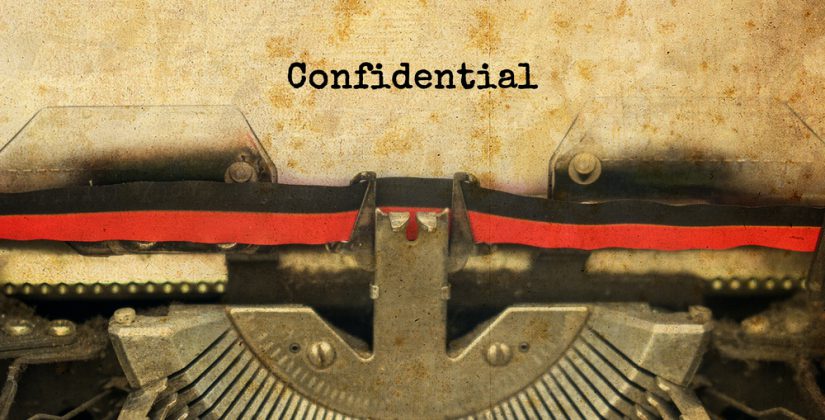 Both cases involved applications for an injunction restraining publication, in the sense of (1) release to a third party outside the scope of the parties to the confidential information or (2) to the public generally. They take the law on confidentiality in different directions, given their respective facts. Both are centred on the element of privacy (strictly a right to respect for private life) in European Convention on Human Rights 1950 and how this should be balanced against any right to freedom of expression (Arts 8 and 10; and the special dimension provided by Human Rights Act 1998 s 12) and how these rights interact.

As will be seen both cases raise questions of passing on of information to a government agency: one as a ‘whistle blower’ the other as a journalist who had acquired confidential material. Pharmagona takes the interim injunction question further on law by looking at the vexed question of the meaning of Human Rights Act 1998 s 12(3): that at a final hearing on publication or not the applicant ‘likely to establish that publication should not be allowed’ at any final hearing (s 12(3)) (and see Lord Mance in PJS v News Group Newspapers Ltd [2016] UKSC 26, [2016] AC 1081, [2016] 2 FLR 251).

‘Confidentiality’: towards a definition

“I start with the broad general principle (which I do not intend in any way to be definitive) that a duty of confidence arises when confidential information comes to the knowledge of a person (the confidant) in circumstances where he has notice, or is held to have agreed, that the information is confidential, with the effect that it would be just in all the circumstances that he should be precluded from disclosing the information to others…. The existence of this broad general principle reflects the fact that there is such a public interest in the maintenance of confidences, that the law will provide remedies for their protection.”

That definition which – despite Lord Goff’s modesty, has been accepted as authoritative by text-book writers since – captures the three main components of ‘confidentiality’:

The classic confidential relationship often derives from the employee-employer relationship (as Pharmagona indicates), where a condition of the employment is that employee does not pass on the employer’s private material. It exists in most husband-wife relationships said the

Where confidentiality is, or may have been, breached a person can seek an injunction to prevent publication (ie further dissemination of information by the confidant or other person who has the information in question, as happened for example in the husband and wife case of Imerman v Tchenguiz [2010] EWCA Civ 908, [2011] Fam 116, [2010] 2 FLR 814: wife and her brothers enjoined from using or otherwise disseminating the husband’s financial information). A question which then arises for the court, at an interim stage, is what criterion for preventing publication, does the court adopt? This was the issue in Pharmagona.

Nicol J was dealing with an injunction to restrain former employees – a husband and wife who both worked for the claimant company – from using confidential information they had taken from the company. He granted an injunction to restrict use of the information. He would not order the defendants to deliver up or destroy the material they had taken nor did he prevent them from responding (ie they could not volunteer information) to public authorities if in their investigations they asked for information. Suspicions had been raised about the company following the defendants’ contact for example with the anti-terrorism unit of the police, the Civil Aviation Authority, HM Revenue and Customs and so on.

What should Nicol J treat as the test for the interim injunction he was asked to make. Was it the ‘balance of convenience’ test for an interim injunction from American Cyanamid v Ethicon [1975] AC 396; or should he take the more ‘demanding [against the injunction applicant] test’ in Human Rights Act 1998 s 12 as the test. Thus, where freedom of expression is in issue, is the applicant ‘likely to establish that publication should not be allowed’ at any final hearing (s 12(3) (a test fully reviewed in the ultimately abortive ABC & Ors v Telegraph Media Group Ltd [2018] EWCA Civ 2329; [2019] 2 All ER 684 (23 October 2018)). He held, after review of Imerman v Tchenguiz (above) that it was the more demanding s 12(3) test that he should apply against the applicant employers.

In  ZXC v Bloomberg LP [2020] EWCA Civ 611 the question was: ‘[2] to what extent, a person can have a reasonable expectation of privacy in relation to information that relates to a criminal investigation into his activities.’ The parties to the appeal agreed that if someone is charged with an offence, there can be no expectation of privacy.

ZXC was a senior employee of X Ltd, a company which was the subject of a request for information from a UK ‘Legal Enforcement Body’ (UKLEB) in relation to X Ltd’s dealing with ‘a foreign state’. No one had been charged. UKLEB sent a long letter of request to the appropriate authority in the foreign state. The ‘confidential nature could not have been made clearer’ said Simon LJ (at [17]). The letter came into possession of a journalist for the defendant, who published it and the name of ZXC. Nicklin J ([2019] EWHC 970 (QB) at [51]) said he had found it a ‘striking feature’ of the case that there seems to have been no appreciation in Bloomberg of the ‘highly confidential nature of the’ letter of request (cited by Simon LJ at [24]).

Resolution of this case depends on the court assessing the facts in two stages:

“[42] … Stage one of the enquiry is whether a claimant has a reasonable expectation of privacy in the relevant information? If the answer is yes, stage two involves an enquiry and evaluation as to whether that expectation is outweighed by a countervailing interest, in the present case Bloomberg’s right to freedom of expression under article 10.”

Thus – based on the House of Lords decision in Campbell v MGN Ltd [2004] UKHL 22, [2004] 2 AC 457 – does the applicant start with a ‘reasonable expectation of privacy’ (eg balanced against the applicant’s own courting of publicity or the applicant’s own behaviour (In re JR38 [2015] UKSC 42, [2016] AC 1131). If so, the court must balance privacy against freedom of expression. Is the public interest in confidentiality outweighed by the public interest in freedom of expression?

The Court of Appeal held, as did Nicklin J, that ZXC had a reasonable expectation of privacy; but did that survive where he was under investigation by the police or otherwise. What ZXC v Bloomberg LP  shows is that the law prefers that confidentiality be retained, but that there are no hard lines where an adviser or the court can be categoric. There are two important decisions in recent years, which – superficially at least – conflict: Khuja v Times Newspapers Ltd [2017] UKSC 49; [2019] AC 161 (Supreme Court, 19 July 2017) and Richard v British Broadcasting Corporation  [2018] EWHC 1837 (Ch), [2019] Ch 169 (Mann J, 18 July 2018). Both are considered by Simon LJ.

In the first case, Mr Khuja was indicated by one witness as involved in a sex abuse inquiry; but he was not charged in the subsequent criminal proceedings. A seven-justice Supreme Court (with Lords Wilson and Kerr in the minority) held that his name was correctly publicised. In the second, the BBC publicised the fact of a sex abuse inquiry concerning Cliff Richard, which resulted in no charges. Sir Cliff recovered damages against the BBC. Both cases are cited in ZXC v Bloomberg LP; but the minority’s judgment in Khuja is what the Simon LJ centres his definition of the modern law upon.

Confidentiality: public interests balanced between privacy and freedom of expression

Thus, for Simon LJ his resolution of this case can be found in summary, that if a person has not been charged (ZXC had not even been arrested), publicity will generally be forbidden:

“[82] … I would take the opportunity to make clear that those who have simply come under suspicion by an organ of the state have, in general, a reasonable and objectively founded expectation of privacy in relation to that fact and an expressed basis for that suspicion. The suspicion may ultimately be shown to be well-founded or ill-founded, but until that point the law should recognise the human characteristic to assume the worst (that there is no smoke without fire); and to overlook the fundamental legal principle that those who are accused of an offence are deemed to be innocent until they are proven guilty.”

In a short concurring judgment Underhill LJ stressed the importance of the issues which arise in this case, notably that once an investigation is underway, a reasonable expectation of privacy is not guaranteed. The confidentiality or the letter of request as between UKLEB and the foreign state may be one thing. ZXC’s privacy may be a separate matter. He could see no basis for differing from Nicklin J’s decision.

Confidentiality is critical to many aspects of privacy and in particular to many professional relationships. Privacy is not absolute (save in the case of the confidentiality in legal professional privilege); but it provides an important protection in many cases where it is to be balanced against the important public interest in freedom of expression.