This week’s roundup of legal news (back after the Easter break) includes recent legislation and developments in environmental and media law, prisons and courts, plus new case law and commentary.… Continue reading 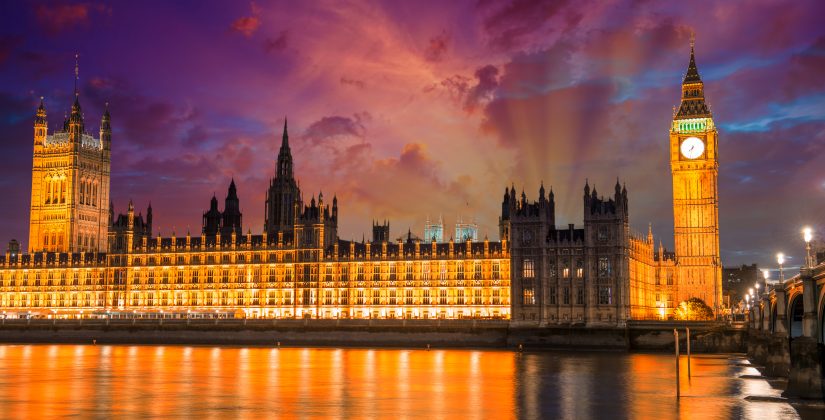 Four new justice bills received the Royal Assent on 28 April 2022 — at the close of what has been a somewhat torrid parliamentary session — but none of them have yet been published on the official site managed by the National Archives at www.legislation.gov.uk.

The Act makes a number of important changes to judicial review, including giving the courts powers to award suspended and prospective-only quashing orders, and preventing decisions of the Upper Tribunal being subject to judicial review. However, a statutory presumption that would have limited judges’ discretion over remedies for judicial review was not in the end pursued by the government.

The Act also makes a number of procedural changes across the court system, including allowing some first magistrates’ court appearances to become online administrative hearings, which journalists have complained will have a restrictive effect on open justice. See

The removal of Upper Tribunal decisions from the ambit of decisions susceptible to judiciary review was achieved by reversing the effect of the decision in R (Cart) v Upper Tribunal (Public Law Project intervening) [2011] UKSC 28; [2012] 1 AC 663.

Most of the discussion of the Act has focused on its provisions relating to public protests, giving the police more powers to curb noisy or disruptive protests of the sort we have seen recently organised by Extinction Rebellion and similar or related environmental groups.

Another provision is intended to deal with a perceived threat to public memorials and statutes which might be the target of criminal damage in the course of Black Lives Matter protests and the like. (The Attorney General has referred to the Court of Appeal the question whether the law — which ultimately failed to result in a conviction against the four people charged with criminal damage to the statue of Edward Colston in Bristol during one such demonstration — requires to be clarified: see Joshua Rozenberg, A Lawyer Writes, A defence to criminal damage?)

The Bill has been widely criticised, including by Parliament’s Joint Committee on Human Rights, who said in its various reports on the bill that the proposals were “oppressive and wrong”. It accused the government of trying to create “new powers in areas where the police already have access to powers and offences which are perfectly adequate”.

The Act also makes a number of changes to courts procedure and rules and reintroduces provisions enabling public scrutiny of remote hearings that were temporarily introduced under the Coronavirus Act 2020.

This statute contains now notorious provisions permitting the “off-shoring” of asylum claims to overseas facilities (in Rwanda, under controversial current proposals) and making it a criminal offence to knowingly arrive in the UK illegally.

The Lords have repeatedly amended the legislation and sent it back to the Commons, where MPs have repeatedly reversed their changes. Though in the end the Lords gave up and allowed the statute to be passed, the off-shoring arrangements may yet face challenges from what the Prime Minister called “lefty lawyers” (though the reversal of Cart’s case may make this harder.)

Colin Yeo, Free Movement: Is it legal to outsource the UK’s refugee responsibilities to Rwanda?

This introduces a number of reforms to election law, the need for some of which have been questioned. Perhaps most controversially, it provides for the introduction of photo ID for voters, which it is feared could see a significant number of people turned away from polling stations. It also gives the government more authority to control the previously independent Electoral Commission.

Best for Britain: Urgent need to remove Johnson regime as Lords fail to prevent him seizing control of elections watchdog

The Attorney General, The Rt Hon Suella Braverman QC MP, led a delegation of war crimes experts in Poland on 9 May 2022 as part of the UK’s support for Ukraine’s investigations into Russian atrocities. As part of the visit, the Attorney met the Ukrainian Prosecutor General, Iryna Venediktova, to discuss what more the UK can do to support her work to bring war criminals to justice.

At the meeting, the Attorney heard first-hand about Ukrainian evidence-gathering processes, their plans to prosecute individuals for war crimes in their national courts, and their collaboration with the International Criminal Court (ICC).

Anglian Water has been fined £18,000 for failures at a pumping station near Peterborough that an investigation said showed up their “reactive attitude” to pollution.

According to an investigation by the Environment Agency, fish including roach, pike and eel were killed by toxic ammonia and a reduction in the amount of oxygen in the water after pumps that were meant to regulate the flow of effluent had stopped working, meaning raw sewage was released. District judge Ken Sheraton said Anglian Water should have given “a higher category of response” to a second sewage pump failing because the site at Yaxley was operating at a lower capacity with another pump already out of order.

On the EU Law Analysis blog, Professor Justin Borg-Barthet of the University of Aberdeen, discusses measures being developed by the the European Commission to deal with SLAPPs (Strategic Lawsuits Against Public Participation): see “Daphne’s Law”: The European Commission introduces an anti-SLAPP initiative.

The name refers to Daphne Caruana Galizia, the Maltese investigative journalist who, at the time of her murder on 16th October 2017, had been the target of no fewer than 48 defamation cases pending against her in Maltese and other courts. The scale of abusive litigation which Daphne endured prompted several NGOs to look more closely at the phenomenon of SLAPPs. Prof Borg-Barthet notes that “several US States, Canadian provinces and Australian states and territories have introduced anti-SLAPP statutes” but “No EU Member State has yet adopted similar laws”. Following initial reluctance, the EU Commission has now started to develop a proposal that has been named “Daphne’s law”.

There have also been proposals to develop anti-SLAPP measures in the UK, or at least England and Wales: Weekly Notes, 21 March 2022. See also:

The Prison Service has released its latest statistical report on deaths, self-harm and assaults in prison custody in England and Wales. The latest batch of Safety in Custody Statistics, updated on 5 May 2022, cover deaths in prison custody up to March 2022 but assaults and self-harm only go up to December 2021. The report noted that:

Last month the National Archives launched the “alpha” version of its new Find Case Law platform, which is intended to be the official source of judgments for the higher courts and tribunals of England and Wales.

ICLR has welcomed the launch and intends to use the platform as a source of new case judgments just as we already use The National Archives’ official site as our source for legislation. However, we will continue to link to BAILII (as we have done for the last decade), particularly for jurisdictions not covered by Find Case Law, such as Scotland, Northern Ireland and Ireland. We will also be expanding our coverage of European Court of Justice cases via the official Curia site. Further announcements to follow, so watch this space.

Magistrates will now be able to issue jail sentences of up to one year for a single offence, in a change to sentencing powers that seems to have been prompted solely by the need to ease the backlog of cases in the Crown Court. According to the announcement by the Ministry of Justice, the change “is expected to free up around 1,700 extra days of Crown Court time each year”.

It’s also been pointed out that magistrates receive little enough training as it is, and should ideally receive more if they are going to exercise more drastic sentencing powers. The Ministry of Justice is currently hoping to recruit 4,000 new magistrates from across all walks of life, and is adopting a streamlined recruitment process to specifically target young people in a bid to boost diversity. But if we are recruiting younger magistrates and giving them greater powers, the need for more training is perhaps all the greater. (For more on this, see The Secret Magistrate on how recent developments are affecting the recruitment of magistrates)

The big debate about (or movement towards) transparency in the family courts has now got onto the area of financial remedies cases, where what is sought to be kept away from the public gaze is the confidentiality of the grown-ups’ financial matters, rather than the care needs of children and the conduct of the grownups who are supposed to look after them. A series of recent judgments from Mr Justice Mostyn, culminating with Xanthopolous v Rakshina [2022] EWFC 30, have explained his own conversion to the cause of transparency and prompted a range of commentary on the subject from others, most notably the former President of the Family Division, Sir James Munby, in a long article in the Financial Remedies Journal, Some Sunlight Seeps In. See also, on this debate:

Local Government Lawyer: Judges dismiss legal challenge over use of WhatsApp and other non-government communications systems for government business: R (All the Citizens) v Secretary of State for Digital, Culture, Media and Sport [2022] EWHC 960 (Admin), QBD

ICLR is recruiting. We’re looking for law reporter(s). Deadline for applications in this round is 20 May 2022.

100% genuine call between PI firm partner and cold-caller who got his DD:

“I understand you were involved in an accident?”

‘That’s right, it was a car accident’

“Did you have any injuries that needed treatment?’

‘Yes, I was decapitated.’

Featured image: night view of Westminster and Thames river at sunset, via Shutterstock.