This week’s roundup of legal news includes the law of war and sanctions and refugees, inquiries into covid and post office fraud, plus recent case law and commentary.… Continue reading 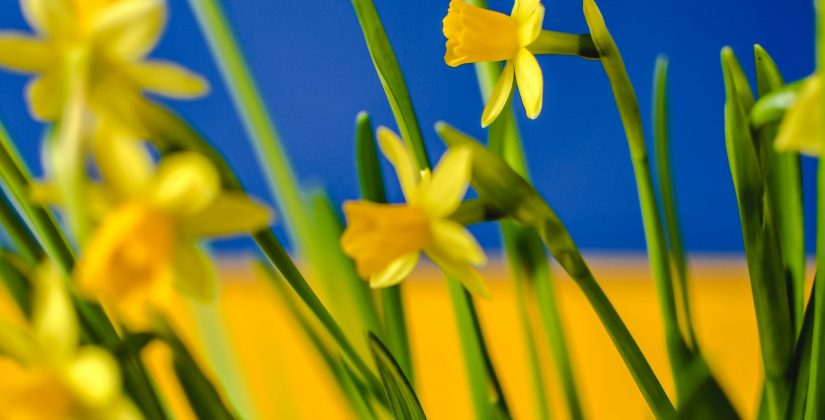 Last week we reported that the Chief Prosecutor at the International Criminal Court, Karim A.A. Khan QC, had announced that he had decided to proceed with opening an investigation. Although neither Russia nor Ukraine are currently party to the ICC, jurisdiction has been conferred by Ukraine issuing a declaration under Article 12(3) of the ICC Statute. Nevertheless, the prospect of bringing anyone before the court remains a difficult one. The court will not hear prosecutions in absentia, so it will be necessary to apprehend and bring the relevant defendants, whether President Putin or anyone else, before the court (as was done, for example, in the case of former Yugoslav leader Slobodan Milošević and former Liberian leader Charles Taylor).

The considerable difficulties facing such a prosecution are outlined in an article on Al Jazeera: Is Putin likely to face the ICC over Russia’s actions in Ukraine?

Meanwhile proceedings have also been commenced in the International Court of Justice, also based in The Hague, which is an organ of the United Nations. The opening of Ukraine’s case against Russia, accusing it of making and acting on false accusations of genocide, was heard on the morning of 7 March, with a “request for the indication of provisional measures” — essentially an injunction — “in order to prevent irreparable prejudice to the rights of Ukraine and its people and to avoid aggravating or extending the dispute between the parties under the Genocide Convention”. However, Russia appears to have declined to take part in the proceedings.

Analysis of the conflict

News of the invasion is variable and rapidly breaking. While mainstream coverage lags behind that on social media, we can assume it has probably been better checked and verified. It’s tempting to scroll social media for the latest information but hard to know what to trust, amidst the conflict horror memes, trophy shots of captured military hardware, and heartening stories of old ladies downing drones with jars of pickled tomatoes. However, the following links may be useful:

Free Movement has information about the situation of Ukrainians seeking to enter or stay in the UK during the conflict. The Home Office has put in place or announced some immigration concessions and special visa schemes in response to Russia’s full-scale invasion of Ukraine. But things are changing rapidly, they say, and new rules should be reflected on the main government website pages on immigration and asylum for Ukrainians.

The key point is that, despite the urgency of the situation, and the fact that other European nations have essentially thrown open their borders to refugees, Ukrainians coming to the UK still need a visa. There are reports that in the last week or so, since the emergency began, only 50 such visas have been issued. France’s interior minister said it was “inhumane” of Britain to turn away Ukrainian refugees trying to cross the Channel to the UK from Calais, and to tell them to go to Paris or Brussels to get their visas instead. The UK Home Secretary, Priti Patel, denied that this was happening. But there is a sense that there is communication breakdown and the asylum system is as broken as we saw it in relation to the much-hyped scheme set up to welcome Afghans fleeing the catastrophe of allied troop withdrawal last summer.

Russian vessels (but not necessarily Russian cargos) have been banned from British ports, and British companies such as Shell and BP have divested themselves of interests in Russian energy companies. But while a large volume of financial assets appear to have been affected by the economic sanctions against Russian banks and individuals, the number of banks and individuals affected has remained small compared to other countries.

The City of London leads the way in the effects of sanctioning Russian banks. pic.twitter.com/WAgFV64ghy

This graphic looks superficially impressive but may simply demonstrate that the UK was “leading the way” in previously welcoming oligarchs and their money, so the amount available to be sanctioned is that much greater. Far from leading the way in applying sanctions, there is some evidence that the UK is actually “dragging its feet”, or at any rate giving sanctionable entities crucial grace periods: see Open Democracy, Revealed: Tories given £44,000 by top official at sanctioned Russian bank

There have also been dark mutterings (eg from the Foreign Secretary Liz Truss) about obstruction from city lawyers, but this may be simply a distraction from the government’s own failure to apply sufficient resources to the problem:

It is worrying, though, if the response to our sense of inadequacy over sanctions should turn out to be the rushing through Parliament of an ill-scrutinised piece of long-delayed legislation, as David Allen Green notes in another post: The United Kingdom government is rushing through anti-oligarch legislation without proper scrutiny

The Pensions Regulator has issued guidance to pension trustees advising them to review any exposure risks because of the wider economic impacts of the extensive economic sanctions against Russia.

“We expect you to be vigilant and talk to your advisers about any action which you may need to take, depending on your scheme’s investment, risk management or employer covenant exposures.

You should also take steps to consider any action you may need to take — including in relation to investments — to align with sanctions announced by the UK government.”

Meanwhile, in Ukraine, even the senior judiciary have taken up arms to defend their country, as Charlotte John tweeted:

Ukrainian Supreme Court Judge Ivan Mischenko. So many affecting stories of suffering and bravery coming out of Ukraine but the exchange of robes for fatigues is a particularly sobering sight for me. May he and his colleagues be preserved to see peace again. https://t.co/tepQK1kGLZ pic.twitter.com/pmm6F8kf5P

The independent public inquiry “to examine the UK’s preparedness and response to the Covid-19 pandemic, and to learn lessons for the future” has been established under the Inquiries Act 2005. It formally opened last week on 1 March 2022, with its own website. Baroness Heather Hallett DBE, a former Lady Justice of Appeal who retired in 2019, has been appointed as chair and will set out her vision for the Inquiry’s work in the coming months, which will include consulting the public on the Terms of Reference for the Inquiry once she has received a draft from the Prime Minister. She said:

“I want to assure the British public that, once the terms of reference are finalised, I shall do my utmost to ensure the Inquiry answers as many questions as possible about the UK’s response to the pandemic so that we can all learn lessons for the future.”

Baroness Hallett has previously conducted a range of high-profile and complex inquests, inquiries and reviews, including acting as coroner for the inquests into the deaths of the 52 victims of the 7 July 2005 London bombings, and is currently acting as coroner in the inquest into the death of Dawn Sturgess, who died in July 2018 following exposure to the nerve agent Novichok.

The inquiry chaired by Sir Wyn Williams continues to hear evidence of what Nick Wallis calls Post Office Ltd’s “sheer corporate gangsterism” towards its own sub-postmasters. Last week they heard oral evidence from affected individuals about how their lives were impacted by Horizon and its problems. “The picture painted by all the Subpostmasters during Friday afternoon’s focus group was of a financial system within the Post Office which is completely out of control,” said Wallis, who has been chronicling the scandal in his book and on his Post Office Horizon Scandal blog. You can replay the evidence on video via the inquiry website.

One of the most extraordinary episodes of the whole saga was the attempt by POL, when cornered by civil litigation in the High Court, to attack the judge, Mr Justice Fraser, for alleged bias and insist he recuse himself. In doing so, they sought to rely on the fact that a senior judicial figure had given his backing to the application. This turned out to be former President of the Supreme Court, Lord Neuberger. It remains unclear on what basis (and with what knowledge of all the circumstances) he gave his support, and whether his doing so broke any rules or conventions preventing retired judges returning to adversarial legal practice. Paul Marshall, a barrister who acted pro bono for three postmasters in subsequent criminal appeals against conviction in the Court of Appeal, recounts the whole story in Legal Futures: The Post Office and Lord Neuberger — Going upstairs.

Transparency Project: Going off piste: how far beyond the local authority’s ‘threshold’ allegations can the court go in the findings it makes against parents? In re L (A Child) [2022] EWCA Civ 169, CA

If you are taking up pupillage in Autumn 2022, paid a total for the pupillage year of no more than £30,000 (including guaranteed earnings), you could receive our top-up award of a further £13,000.