This week’s roundup of legal news includes legislation on economic crime and on elections, international law and human rights, searching questions for the police, and some recent case law and commentary.… Continue reading 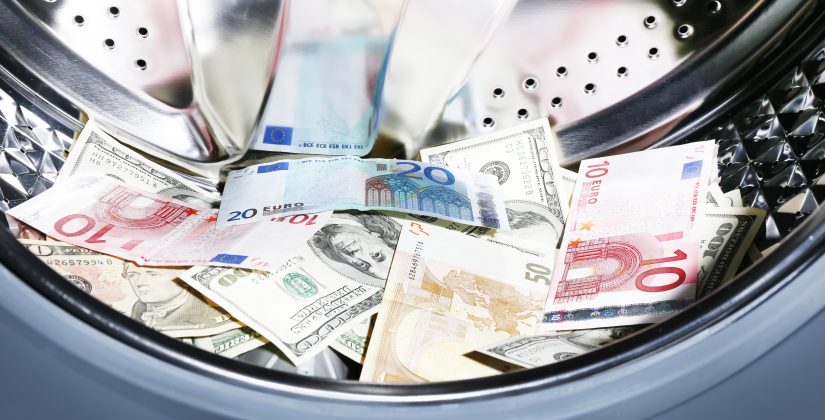 The Economic Crime (Transparency and Enforcement) Act 2022 received the royal assent last week, after being rushed through Parliament in less than a fortnight. In its announcement the government says the new legislation it will enable it to “move more quickly to impose sanctions against oligarchs already designated by our allies, as well as intensifying our sanctions enforcement” following the invasion of Ukraine.

The Act will also aim to tackle “suspicious wealth” and the secrecy around ownership by creating a new Register of Overseas Entities, requiring those behind foreign companies which own UK property to reveal their identities. Entities who refuse to reveal their ‘beneficial owner’ will face tough restrictions on selling the property and those who break the rules could face a fine of up to £2,500 per day or up to 5 years in prison. The Act will bring in reforms making it easier to obtain Unexplained Wealth Orders (UWOs) against those suspected of having acquired their assets unlawfully.

However, not everyone is impressed. Oliver Bullough, author of a recent book about London’s role as a money laundering hub, Butler to the World, explains how crooks and kleptocrats can easily evade the Act’s provisions, in The oligarch’s guide to getting round the UK’s economic crime bill (The Guardian).

The Elections Bill, introduced last year and currently going through the House of Lords, makes a number of important changes to election law, including the requirement to show ID at polling stations, changes to postal and proxy voting, campaigning and the rules on campaign spending and funding, and parliamentary oversight of the Electoral Commission. For more information see the Electoral Commission. Not everyone welcomes all the changes.

In Amending the Elections Bill: an update from the House of Lords, Maheen Behrana on the Best For Britain blog on how peers have been engaging in forensic discussion of each clause in the Elections Bill, proposing amendments and offering explanations as to why they oppose or agree with individual lines in the legislation, which “threaten to weaken our democracy”.

“Many Lords, with a range of political affiliations, have expressed deep concerns. It would stymie independent regulation of elections by reducing the impartiality of the Electoral Commission. It would reduce the influence of civil society by imposing burdensome administrative regulations on small third-party campaigners. It would prevent certain voices from being heard by giving Government ministers the power to ban campaigners. This Bill makes it look like the Government is scared of its own electorate.”

The Health and Care Bill completed its Report stage in the House of Lords on 16 March 2022, during which their Lordships considered Amendment 170 which related to assisted dying. There is a discussion of this with extracts from the debate on the Law & Religion UK blog: Consideration of assisted dying at Westminster.

Nazanin Zaghari-Ratcliffe, a British-Iranian woman who was arrested at Tehran airport in April 2016 after visiting her parents in Iran and charged with “plotting to overthrow Iran’s clerical establishment”, was released last week after spending six years in prison. She had been the subject of a long and well publicised campaign for her release, led by her husband, Richard Ratcliffe, and supported by Amnesty International and other organisations. (See Weekly Notes, 20 November 2017) In the intervening period, five foreign secretaries have claimed to be working for her release, but only the latest, Liz Truss, seems to have achieved it. (There was some suggestion that one of them, Boris Johnson, had actually made things worse by asserting in Parliament that she had been teaching journalism in Iran.) A press conference in which Mrs Zagari-Ratcliffe lamented the failure to resolve her case sooner has prompted criticism from some (mainly right-wing) quarters.

Also released last week was another British-Iranian detainee, Anoosheh Ashoori; but there remain others still detained in Iran, including Iranian-British-American wildlife conservationist Morad Tahbaz who was charged with “co-operating with the hostile state of the US”. The two releases were reportedly thanks to improving UK-Iran relations, including the settlement of an historic £400m debt owed by the UK to Iran since the 1970s.

Russia removed from Council of Europe

Noting that by a communication dated 15 March 2022, the Government of the Russian Federation informed the Secretary General of its withdrawal from the Council of Europe in accordance with the Statute of the Council of Europe and of its intention to denounce the European Convention on Human Rights,

The Statute of the Council of Europe provides by Art 3:

“Every member of the Council of Europe must accept the principles of the rule of law and of the enjoyment by all persons within its jurisdiction of human rights and fundamental freedoms, and collaborate sincerely and effectively in the realisation of the aim of the Council as specified in Chapter I.”

Also on 16 March the International Court of Justice issued its order on provisional measures in the case brought by Ukraine against Russia under the Genocide Convention, saying “The Russian Federation shall immediately suspend the military operations that it commenced on 24 February 2022 in the territory of Ukraine.”

According to the EJIL: talk! blog, this was “a huge win for Ukraine, with a huge majority, with only Judges Gevorgian and Xue dissenting” (respectively the Russian and Chinese judges on the court).

“The Court essentially accepted all of the arguments made by Ukraine for the purposes of the provisional measures stage of the proceeding, and rejected those in Russia’s submission to the Court that followed its non-appearance.”

It was reported last week that in 2020 two police officers in Hackney, having been called to a school, had strip-searched a 15-year-old black girl (identified only as ‘Q’) after teachers claimed to have smelt cannabis on her, without notifying her parents or allowing or requiring the presence of an appropriate adult. No cannabis was found. A Local Child Safeguarding Practice Review later reported that the search was “unjustified” and racism was “likely” to have been a factor. There were protests over the weekend in Hackney and other children have come forward to say that they, too, have been subjected to similar unlawful strip-searches.

The Metropolitan Police Service have, of course, apologised but Q is taking legal action against them and her school in Hackney, with the law firm Bhatt Murphy acting in respect of the civil proceedings and police complaint, and Just For Kids Law in relation to the education law aspects of the case.

NOTICE of court order for anonymity: #ChildQ’s family are grateful for your support. Please note, reporting restrictions apply as to the disclosing of any information that may lead to the subsequent identification of Child Q 1/3

In or Out: The Complicated History Between NATO and Ukraine

Lauren Mattiuzzo via the Hein Online blog explains one of the pretexts for the Russian invasion of Ukraine, namely its desire to join NATO, particularly in the period following Russia’s annexation of Crimea. Using HeinOnline resources, she explores the history between Ukraine and NATO dating back to 1992 shortly after Ukraine regained its independence.

In a post on his Law and Policy Blog, David Allen Green says SLAPP or “strategic litigation against public participation — is a new-ish name for an age-old problem”, namely the abuse of the legal process to harass journalists and commentators and discourage scrutiny of the rich and powerful, rather than obtain a legitimate remedy to protect their reputation. He discusses the history of the name, and what solutions might be needed in this jurisdiction (as opposed to America where the name originated). A separate post What is SLAPP? defines the term in more detail.

See also: Joshua Rozenberg, A Lawyer Writes: SLAPPS to be slapped down?

A war of words: EU sanctions and the blocking of online ‘disinformation’

Anya Proops QC on the Panopticon blog from 11 KBW chambers considers the pros and cons of restricting Russian broadcasters as part of the sanctions regime, under EU Regulation 2022/350, and the risk of unintended consequences for search engines and social media platforms. She says it “raises serious questions as to whether the EU, in pursuit of the laudable aim of defeating Putin’s war machine, may be unduly threatening free speech rights”.

Those who cannot attend in person can view the lecture online, registration via eventbrite. For delegates wishing to attend the main conference, please contact the FJC for information on how to register — fjc@justice.gov.uk

Legal Aid Practitioners Group (LAPG) — a membership body representing legal aid practitioners in England and Wales and the clients they serve — is proud to organise these unique, non-profit-making awards. The LALYs, now in their 20th year, aim to recognise the vital and life-changing work of social justice lawyers and their colleagues. Nominations now open.

The event is open to all members of the Bar and students, from any of the four jurisdictions. Plenary sessions cover a wide range of topics from the Rule of Law and the Ukraine Crisis and Duties of Candour to Humour and the Law and Diversity.

Multiple ticket options are available, including a reduced-price ticket for students and the junior Bar (under 7 years Call). View programme and buy tickets via Middle Temple website.

…is one of many to mark the latest Silks Day

And we are thrilled to be celebrating with your new Silks too @ne_circuit pic.twitter.com/celBP0wMUk