This week’s roundup of legal news weighs in with imperial measures, a party report, a police plan on racism, and a boosted inquiry. Plus recent case law and commentary.
… Continue reading 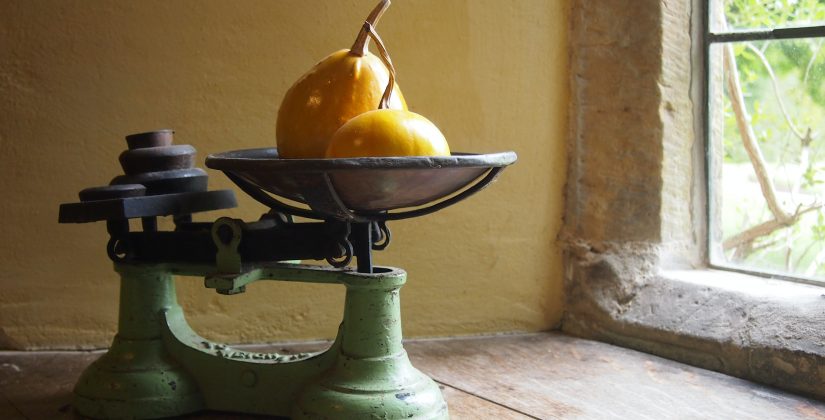 The novelist Evelyn Waugh once said the mistake made by the hero of H G Wells’ The Time Machine was in using it to pry into the future. He would have preferred to set it to go Slow Astern and “hover gently back through [the] centuries”.

Such an approach seems consistent with what we are now promised as the fruits of Brexit, the latest announcement of which is that the Queen’s platinum jubilee is to be marked by a restoration of the imperial measurements that were used at the time of her coronation all those years ago. This means that not only will pubgoers be able to buy beer or cider in pint glasses (as they have been able to throughout Britain’s abject subjection to the tyranny of European union) but those glasses may also bear a symbol of the crown (as, apparently, ditto — albeit alongside a pan-European CE symbol). Shopkeepers will be able to sell goods weighed out in pounds and ounces instead of kilos and grammes; our road signs will register distances in miles and our speedometers register our speed in MPH (as, er, they always have); but perhaps motorists can fill up their tanks (subject to mortgage approval) in gallons; while our runners may do the hard yards on their own feet; our carpenters may, if they wish, mark up their cuts in sixteenths of an inch; and our swimmers and sailors estimate the depth of water in fathoms. If that seems to be over-egging the pudding, you can lose the excess flab in stones.

Whether in the end these alternatives to the globally recognised metric system are really the measure of an empire resurgent is doubtful. Still, it will vindicate the famous protest of the so-called Metric Martyrs, whose best known case is Thoburn v Sunderland City Council [2002] EWHC 195 (Admin), [2003] QB 151: see David Allen Green’s comment on his Law and Policy Blog: The Metric Martyrs case — twenty years on.

And after all, it is a wise ruler that can mark each side according to its own measure.

The Findings of Second Permanent Secretary’s investigation into alleged gatherings on government premises during Covid restrictions, otherwise known as the Sue Gray Report into “Partygate”, was finally published. After being urged for many weeks to suspend judgment on the Prime Minister and his staff until the full report was available, MPs and others were then quickly exhorted to “move on” — after a somewhat perfunctory apology and acceptance (to no discernible effect) of “full responsibility” by Boris Johnson himself — and to now “focus on delivery” of blah blah blah “priorities”.

The alleged flouting of coronavirus regulations by staff at No 10 and other government premises continued to divide public opinion, between those enraged to learn that while they were prevented from attending funerals and weddings while those set to rule over them were painting the town red (or at any rate the walls and carpet red white and blue or more likely green with wine and vomit), and those who didn’t seem to care or demand or expect anything better. Since one of the findings was that cleaning and other support staff were insulted during these events, as well as having to clear up the mess, we may not have heard the last of them.

The 60-page report was delayed in part by a separate investigation by the Metropolitan Police (who had initially declined to investigate and then suddenly and no doubt for some rather conveniently changed their minds) and the issuing of 126 Fixed Penalty Notices to the Prime Minister, the Chancellor of the Exchequer and 81 other individuals. Sue Gray seems to have helped the police by providing information for their investigation, but not the other way round. The report does not name most of the persons whose conduct it scrutinises, apart from the most senior, and the accompanying photographs have been heavily redacted to blur out most people’s faces. It’s hard not to feel that some of the conduct has also been blurred over.

Nor has the police investigation escaped criticism. Sadiq Khan, the Mayor of London, has requested further details about their decisions over who to issue FPNs against and why (or why not) such fines were issued. There may be an inquiry by the Commons Privileges Committee into whether Boris Johnson misled Parliament over the affair. With that in mind, there has been additional comment over a recent suggestion that the Ministerial Code might be amended to allow a minister found to have breached it not to resign automatically. In short, party politics has become the politics of parties.

Among the commentary published:

The Police Race Action Plan released last week by National Police Chiefs’ Council (NPCC) and the College of Policing sets out the commitment of Chief Constables in England and Wales to become an anti-racist police service and to explain or reform race disparities. The plan aims to address the significantly lower levels of trust and confidence among some Black people and the race disparities affecting Black people that policing cannot currently fully explain. Launching the plan, the NPCC acknowledged that:

The plan will now be the subject of a public consultation via a survey allowing anyone with expertise or an interest in the plan to share their views and shape the final plan.

The chair of the public inquiry into the government’s handling of the Covid-19 pandemic has responded to a public consultation over its terms of reference. Based on her meetings with many bereaved families and representatives of various sectors as well as the online responses to the consultation, Baroness Hallet will now recommend expanding the terms of reference. She sets out her findings in a Terms of Reference Consultation Summary Report.

Frank Cranmer on the Law & Religion UK blog notes that “Many respondents pointed out that the proposed Terms of Reference had made no reference to religion or the restrictions placed on places of worship, particularly in relation to the restrictions on funerals.” He quotes from the discussion of those issues in the summary report in the post, UK COVID-19 Inquiry: terms of reference consultation outcome

Joint Enterprise: Does Conviction By Association Pose A Risk To Human Rights?

Emma Guy on Each Other discusses the lack of data on cases prosecuted under the common law doctrine of Joint Enterprise, the human rights implications of the policy, and a claim being pursued by Liberty on behalf of JENGbA (Joint Enterprise Not Guilty by Association) over the failure of the Crown Prosecution Service (CPS) and the Ministry of Justice (MOJ) to record data on joint enterprise prosecutions.

In a post on SLAW, Canada’s online legal magazine, the Canadian Forum on Civil Justice looks at innovative approaches to service delivery that have advanced community-based justice, and asks: “Does finding help in your community when you are experiencing troubles produce a sense of wellbeing and security? Do feelings of well-being and security matter as outcomes?” (There appears to be some overlap with the proposals of the Social Market Foundation which we reported in Weekly Notes, 23 May 2022.)

The President of the Commonwealth Lawyers Association, Brian Speers, reports on the second Commonwealth Mediation Conference in Belfast earlier the month, attended by delegates from around the world, including Nigeria, Ghana and Kenya, Barbados, Bermuda, Trinidad and Tobago and the Bahamas. “Judging by the post Conference expressions of thanks from all of the delegates, both local and international, the Conference was by any measure a success, and hopefully the Conference recordings and the Conference papers will provide a rich source of learning to share.”

We began this week with the backward-looking novelist Evelyn Waugh, and we end with his literary predecessor Charles Dickens, musing by the fountain in Middle Temple:

The Middle Temple Fountain has been a muse for many literary figures, including Dickens who made reference to it in his book Martin Chuzzlewit: "merrily the tiny fountain played, and merrily the dimples sparkled on its sunny face…softly the whispering water broke and fell.” pic.twitter.com/O41lD0nZJv

That’s it for this (short) Easter Term. We’re taking a break for the Whitsun holiday and will resume posting Weekly Notes here on 13 June. Other posts may appear on the ICLR blog in the meantime. Enjoy the platinum jubilee holiday and join us, if you will, in toasting the health of Her Majesty Queen Elizabeth II.

Featured image: Photo by  Photo by Barbara Horn on Unsplash