We survey some of the newer legal podcasts that have helped inform and distract us during the enforced isolation of the covid era. … Continue reading 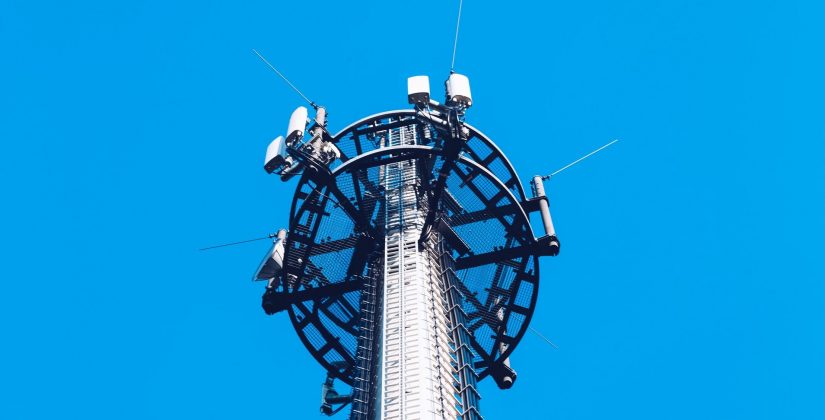 Legal podcasting seems to be enjoying something of a boom at the present time. That might be because the experience of working remotely has made all of us more adept at using digital technology and more accustomed to engaging with the world through our headphones. But whatever the reasons behind it, the development has made some great new content available.

Previous roundups on this blog can be found here: Podcasts in law – a selection

And here: Law Podcasts: a selection

“We wanted this podcast to be different … chatty, fun, engaging – like having a glass of wine with friends on a Friday evening after court.” Malvika Jaganmohan, a barrister at St Ives Chambers, and Madeleine Whelan, a barrister at FOURTEEN write about the experience of setting up their fortnightly family law podcast, Professionally Embarrassing, in an article in Counsel magazine. “Starting a podcast – along with baking banana bread and learning how to crochet – was a peak lockdown fad”, they admit, but “family law is interesting stuff” and what they call their “nerdy enthusiasm” shines through, as they discuss and unpick recently published cases. Listeners have responded well, one saying it felt like being back “in chambers having a conversation with colleagues and learning something new”. Hopefully the enjoyment will continue even when people are back in chambers and can chat together in real life.

Available on a number of platforms, including Apple Podcasts, Spotify, Podbean, and Acast.

From the producers of Oh God, What Now? (formerly Remainiacs), The Bunker claims to offer “fearless, independent political talk for Britain and beyond. We examine the big issues with humour and expertise, cutting through the claptrap to make sense of what’s really going on – and give you the fighting spirit to keep on keeping on.” Remainiacs was a somewhat manic and hilarious affair, ranting upon the Brexit shambles even as events unfolded or even collapsed. The Bunker, judging by the recent episode in which Alex Andreou discusses with David Allen Green the Home Office shenanigans around the Daniel Morgan Murder Inquiry Report, is an altogether more disciplined and focused affair. That may be simply because DAG probably wouldn’t tolerate anything that wasn’t disciplined and focused. The episode provides an admirably succinct and damning precis of one of the murkiest affairs to combine journalism, police, and the dark arts of private investigation, in which corruption, cockup and cover-up all vie for plausibility. (If you want to know the whole story, see the podcast Untold, which we covered in our previous roundup.)

The Bunker is available on Apple, Acast, Spotify, Podbay etc.

“We don’t do breaking news, but what’s driving the news,” say Tortoise Media. “We take the time to see the fuller picture, to make sense of the forces shaping our future, to investigate what’s unseen.” Among their output they provide a daily email briefing of key news stories, offer members the chance to discuss and guide future coverage through “think-ins”, and publish long-form articles on topics that aren’t always well covered in the breaking-news media. They also do fantastic podcasts, either as individual episodes or mini-series on a particular topic. These have recently included:

a series of four podcasts presented by journalist Louise Tickle, recounting the stories of women victims of domestic abuse whose untimely deaths have not been investigated with sufficient competence or thoroughness to establish whether they might constitute murder or manslaughter. “This is something I’ve heard time and time again in my investigations. How police, coroners and even pathologists approach these kinds of deaths… how they look at things differently: when domestic abuse is involved.”

There seems to be a tragic inevitability, hearing these stories, in the way victims of coercion and abuse lose the capacity to speak up or complain, and the authorities fail to recognise that their apparent consent is in reality a symptom of disempowerment. The result is that not only are they not helped to survive the abuse, but even in death their victimhood is not fully recognised or respected.

Pariah: The People vs Harvey Proctor

Harvey Proctor’s political star burned brightly in the 1980s. He was the anti-immigrant heir-apparent to Enoch Powell, until a tabloid sting exposed him as a gay man who paid for sex. His plea of guilty finished his career as a Tory MP, but his later life in blameless obscurity was turned upside-down again, in 2015, when he was falsely accused by Carl Beech as one of the perpetrators of the alleged Westminster paedophile sex ring that prompted the Metropolitan Police’s bungled Operation Midland. This podcast series presented by former investigative journalists Ceri Thomas and Alistair Jackson, unfolds a tragic story which says as much about popular prejudice and the fragility of reputation as it does about media dark arts and police incompetence.

In the end, Proctor with his sweaty press conference had a better idea of how to manage the court of public opinion than Sir David Napley who advised him (badly, it now seems) to plead guilty in the earlier case to an offence that was technical and unintentional (the rent boys hired by the newspaper lied about their age) and in consequence made him a ripe and unsympathetic target for Beech’s calumnious false allegations.

The Geek in Review

The Geek in Review podcast comes from the Houston-based blog, 3 Geeks and a Law Blog, and has a mainly North American lawtech focus. However, while common law legal systems may vary, the applicability of lawtech is universal. “The future has arrived … but it is unevenly distributed”, as the saying goes, meaning that what happens over there may take a while to happen over here. So for anyone keen to know what that might be, the Geek in Review is a good place to start.

Of particular interest to ICLR subscribers, we might suggest, is The Geek in Review Ep. 114: Pablo Arredondo on CaseText’s New WeSearch Tool and How the Neural Net Is Making Its Way Into Legal Information. This explains how the US legal database CaseText is using artificial intelligence (AI) and natural language processing (NLP) to create a search tool that enables users to find relevant cases not by reference to the words used in a source document but by reference to the underlying concepts and ideas in the text. Curiously enough, we have been building something along those very same lines at ICLR, due to launch later this year, so watch this (vector) space.

The Geek in Review is available from Apple podcasts, Spotify, PodBean etc

We’ve been covering the story on this blog of how hundreds of sub-postmasters were wrongly prosecuted for fraud, theft and false accounting by the Post Office because of computer glitches in the Horizon accounting system developed by Fujitsu, and of how the Post Office denied and subsequently concealed its knowledge of those faults and failures, until the victims were exonerated by the courts in recent civil claims and criminal appeals.

The scandal has been investigated for the last decade by journalist Nick Wallis, and in this series of broadcasts he tells the whole sorry saga. It’s hard not to explode with indignation and rage at some of the tactics employed by the Post Office, its investigators and, yes, its lawyers too it would seem, in browbeating, persecuting, and indeed robbing its own sub-postmasters. The series was originally in ten parts, but an 11th has recently been added to bring the story up to date, particularly over the public inquiry which has now been put on a statutory footing.

The Great Post Office Trial is available from BBC Sounds.

The immigration law blog Free Movement features a monthly roundup podcast presented by Colin Yeo, which comments on recent cases and legal news about immigration law. It also has podcasts on particular topics, presented by CJ McKinney and others. In the latest episode, entitled How not to support victims of human trafficking, CJ talks to Maya Esslemont about her work with After Exploitation, which tries to dig out proper data on what happens to trafficking survivors, as well as the recent changes to policy on detention of potential victims and the widely criticised trafficking proposals in the government’s New Plan for Immigration.

Free Movement podcasts are available from Apple podcasts, Spotify, Podchaser, as well as from within their own blog.

Presented by barrister Adam Wagner, and supported by Goldsmiths Law, the Better Human podcast explores questions around human rights, often by interviewing lawyers and academics specialising in particular fields. Recent episodes have covered vaccine passports, algorithms and the tension between freedom of expression and the prevention of harmful misinformation. But Wagner became particularly renowned for his detailed mastery and explanation of the successive editions of Coronavirus Regulations, talking the listener through the tortuous and sometimes conflicting restrictions on personal movement and exploring the inevitable conflict between restrictive regulation and over-broadly interpreted guidance. His analysis of the latest lockdown in England (the one starting on 6 January 2021) was presented by video on YouTube: ‘Lockdown 3’ explained.