We review the latest report in which state school students participating in an educational charity’s Model Law Commission make their suggestions for changes in the law.… Continue reading 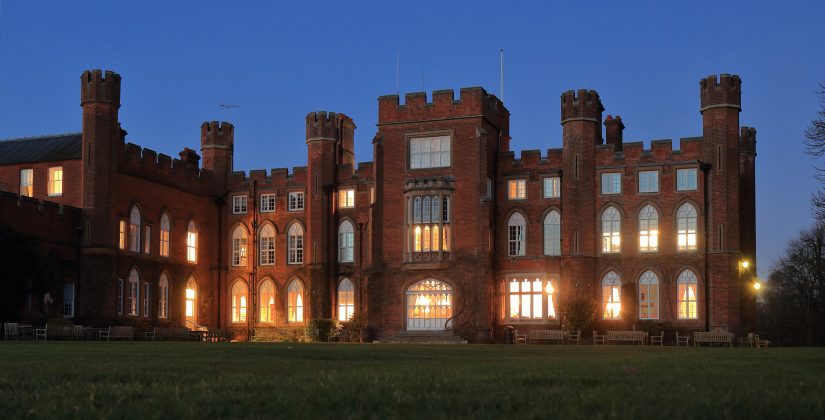 Innocent or guilty? The fate of Billy the Goat will be determined later this month in a moot held at Cumberland Lodge (above). The moot, held to honour the memory of the late Lord Justice, Sir John Laws, will be judged by a Court of Appeal of top judges. But what really makes this a notable event is that the participating advocates will include, alongside some top name barristers, two sixth form student mooters. They represent the many hundreds of students from non-fee-paying schools who, over the past decade, have benefited from the brilliant work of BVL, a social mobility charity which helps engage and inspire young people from less privileged or non-traditional backgrounds with opportunities for careers in law.

The moot is just one of a range of activities in BVL’s annual programme. Last year the final of the mooting competition was held at the Supreme Court. There is also an essay competition, mentoring programme, summer school, opportunities for work experience and training sessions. And each year, as previously reviewed on this blog, there is a Model Law Commission, whose report discusses and recommends a number of substantive proposals to change the law. The latest MLC report focuses on four areas of law. Proposals for Property, Family and Trusts law deals, among other things, with the controversial concept of “parental alienation”, for which they suggest that there should be a statutory definition. It is also recommended that all judges dealing with child welfare cases should undergo psychological training, reducing the need to rely on the evidence of expert witnesses. Other suggestions in this area include the criminalisation of parental alienation (presumably once the offence has been properly defined) and (less controversially) increasing the availability of legal aid in private law children cases. The team also recommend some changes to improve the operation of no-fault law of divorce, once it takes effect.

Under Commercial and Common Law, the report deals with the topical and fast developing use of artificial intelligence (AI) in law, including the assignment of patent rights to AI inventors, the tortious liability for the acts of autonomous AI systems, algorithmic transparency, security against cyber-attacks and hacking, and better education about AI in schools.

Under Public Law the team focuses on education and the need for a fairer system to deal with determination of special educational needs (SEN), school exclusions, gender issues in schools and the data rights of children.

Finally, under Criminal Law, the report makes recommendations relating to domestic abuse, including the idea of setting up a national registry of convicted domestic abusers in the UK. This would operate similarly to the sex offenders register, and go further than the existing Domestic Violence Disclosure Scheme (aka Clare’s Law), dating from 2014, which is primarily accessed by or via the police.

As with previous Model Law Commissions, whatever one may think of the proposals, the important point is that over the course of a three-month project period, the students have engaged with the ideas, studied the law, considered the policy implications, conducted public research, and assessed the costs and benefits of their suggestions. It is also very much to the credit of the law firms, barristers’ chambers, members of the judiciary and other professionals who have sponsored the project and given up their time to help these students.

In February, @CumberlandLodge is hosting a moot in memory of Sir John Laws

All funds raised will support the charity's work with young peoplehttps://t.co/tgRT2VF7VN

You can watch online or attend in person, at Cumberland Lodge, where you can join the participants for dinner and, if travelling from afar, book your accommodation for the night. Click here for prices and booking details via Cumberland Lodge or Eventbrite.