Book Review: We are Bellingcat by Eliot Higgins

Paul Magrath reviews a book by the founder of Bellingcat, explaining the history, work and future of the online investigative agency.… Continue reading 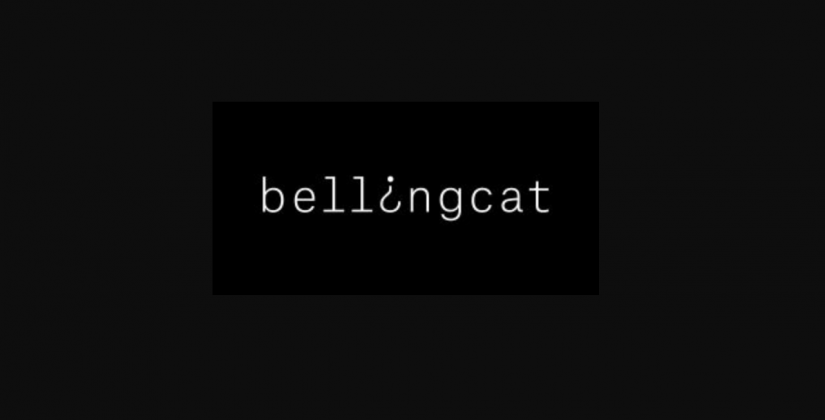 Last week in the High Court defamation proceedings brought against Eliot Higgins by Yevgeniy Prigozhin, a Russian national closely associated with Wagner Group and President Putin, were struck out. The claim, said Higgins’ lawyers McCue Jury & Partners, was a demonstrable example of SLAPP – strategic litigation against public participation. Whether the claimant seriously intended to have his claim heard by the court seems open to doubt, since it was struck out by the judge, Mr Justice Nicklin, for various failures to comply with court orders.

The inference was that this was a classic SLAPP case since it involved the vexatious use of a court proceeding, brought against Higgins in a personal capacity, in order to harass and distress him and thereby to dissuade him from investigating and subjecting to public scrutiny the activities of the claimant and his associates, who have been repeatedly subject to financial sanctions by multiple governments (including that of the UK).

Why should Higgins have been so targeted?

Because of Bellingcat, otherwise known as The People’s Intelligence Agency, the investigative journalism collective which he founded and which is currently investigating war crimes in Ukraine. They have previously had a string of successes in using open source digital evidence to identify the perpetrators of such atrocities as the downing of Malaysian Airlines flight MH17 over Ukraine in 2014, the Skripal poisonings in Salisbury in 2018, and the poisoning (also with Novichok) of Russian opposition leader Alexei Navalny in 2020.

Though responsibility for each of those outrages was traced back to the Kremlin, Bellingcat’s investigations have also covered war crimes and suspicious activities in many other parts of the world. They were able to identify the American neo-Nazis rampaging through Charlottesville, to prove that Syrian dictator Bashar al-Assad used chemical weapons on his own people, to help investigate the phone-tapping scandal at Rupert Murdoch’s newspapers, and to counter the tidal waves of misinformation about Covid-19.

In contrast to traditional investigative journalism, their methodology does not involve protected sources or closely guarded secrets; rather, they rely almost entirely on open source material available via the internet, which can be linked to or archived. This approach is most commonly described as OSINT – open source intelligence – but a more accurate description might be “online open-source investigation”. As Higgins explains in this book, “What unifies our work is a drive for accountability. We take scattered facts online and try to turn them into justice.”

In an age when wars are increasingly dangerous for journalists to cover on the ground, and when satellite imagery, CCTV footage, Google maps, weather reports, and YouTube videos uploaded by witnesses on the ground can provide a more complete picture of what is going on in a war zone, this approach makes a lot of sense. But it can also work better in other contexts, as an alternative or supplement to traditional gumshoe reporting.

Paradoxically, while the internet is the source of much of the disinformation and distrust of mainstream media, it is also the source of the remedy. Facts are much easier to find. “We have no agenda,” says Higgins, “but we do have a credo: evidence exists and falsehood exists, but people still care about the difference.” Their guiding principle is that “the response to information chaos is transparency.”

An example is when people post fake news videos intending to show something that didn’t actually happen. What they don’t realise is that there are often key pieces of information in the background which can be used either to geolocate where the event really happened (as opposed to where they say it did), or the patten in the image can help provide a match with other images available on the internet using artificial intelligence. The shape of buildings, mountains and trees in the background – even the direction of smoke billowing in the wind – can help show where a troop carrier or missile launcher was really travelling and in what direction. This demonstrates a key precept of video sleuthing: “What people mean to show is not all they are revealing.”

It also helps that the members of this loose collective are all a bit obsessive and nerdy and don’t mind staying up all hours ploughing through huge volumes of images and information in the search for crucial evidence.

“Volunteers embarking on an investigation did so from a dedication to getting the answers, obsessed by the possibility of discovering something nobody else had – in addition to the chance of nudging a tragic event ever so slightly in the direction of justice.”

When it comes to conspiracy theories and the Counterfactual Community, the key difference is that “Whereas we search the internet for evidence, they search for confirmation”. When confronted with facts that don’t fit their conspiracy, they counter with more questions, more doubts. The internet for them is a source of alternative narratives and seeds of doubt, rather than of verification and proof. With Bellingcat, however,

“If anyone wants to know where we get our material, they can read our reports, click the links and judge for themselves. … When citizens can see the evidence for themselves, lying becomes a fools’ mission.”

The work is funded by donations from a wide range of sources, helping to avoid the charge of bias; as a charitable foundation registered in the Netherlands, they publish audits of finances each year and are governed by a supervisory board. They are nothing if not transparent.

For active members of the collective, the work can take its toll. There is the problem of “vicarious trauma”, which they have taken steps to address, as well as the online abuse and even risks to physical safety faced by anyone who asks questions that powerful people don’t want asked. And as this recent case demonstrates, there is also the risk of vexatious litigation.

Their responsibilities have grown. It is no longer simply about being the first to uncover newsworthy facts. “Whether we considered it or not, we dealt in legal evidence now, often the first in the world to discover it, and the only ones archiving it.”

Where to next? “The Bellingcat method has endless applications.” Having developed a technique that works, they are exporting it around the world, teaching new volunteers and harnessing their collaboration.

“The Bellingcat method will keep seeding itself throughout journalism, law enforcement and the courts – always in the service of transparency, clear thinking and justice”.

We Are Bellingcat: An Intelligence Agency for the People, by Eliot Higgins (Bloomsbury, £9.99 pb)