We review the anonymous author’s inside view of the magistracy. … Continue reading 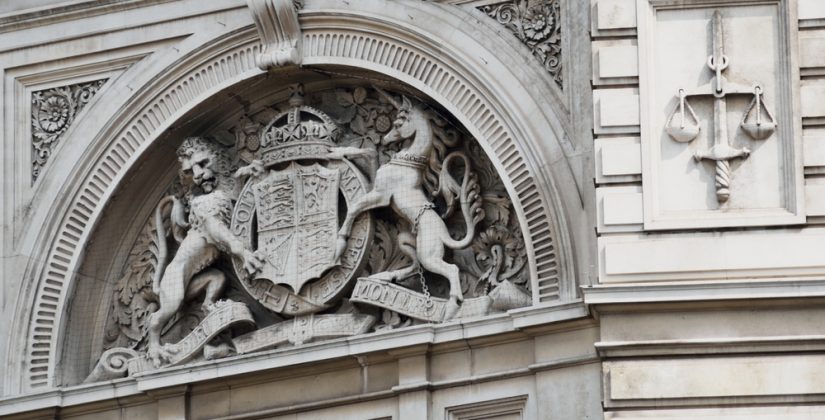 “What I hope people take out of this book is my feeling of pride and good fortune in being a magistrate, and the belief that we are doing a crucial and difficult job exceptionally well. My ultimate desire is that many of my readers take on board what I have written, and decide to follow in my footsteps.”

The author is a lay magistrate, a JP or justice of the peace: one of 14,000 or so unpaid volunteers who, for a certain number of days per year, administer entry-level justice in what are meant to be local, accessible, public courts. A form of trial by one’s peers, as envisaged in Magna Carta. They represent a tradition dating back hundreds of years, but one that is increasingly under threat from court closures, funding shortfalls, and continuing difficulties in recruitment.

Most members of the public probably have only a vague ideal of what happens in magistrates’ courts, and most lawyers, many of whom will have started their practice there, are inclined to take a rather snooty view of them. Anyone who has read the Secret Barrister’s bestselling Stories of the Law and How It’s Broken will probably remember their description of the magistrates’ court as “The Wild West”, in an entire chapter devoted to exposing its “litany of incompetence, ignorance, and sheer pig-headedness” and the “age, lack of diversity, lack of formal legal qualifications, … slowness, and amateurism” of the magistrates who populate it.

Elsewhere the magistrates’ court has been described as churning out “sausage factory justice”, and it’s true that it deals with the vast majority of criminal cases in a basic or summary fashion. All criminal cases begin in the magistrates court, and most of them get no further. In 2019, 83% of all criminal defendants had their cases concluded at magistrates’ courts, the author reports. The minority of more serious cases are either sent on the Crown Court for trial or, if tried by magistrates, can be referred to the Crown Court for sentencing. (Magistrates courts also handle family law cases, but this book does not address that aspect of their work.)

What this book aims to do is to explain what goes on in the magistrates’ court and what being a magistrate is like. In that, I think it triumphantly succeeds. Whether it succeeds in its declared aim of boosting recruitment, only time will tell.

A view from the bench

Initially angered and upset by The Secret Barrister’s criticisms of the magistrates’ court, the author decided the best way of answering back might be to write their own book; and then, having examined the court and those who work in it from various different angles (particularly that of the bench), to assess how fair those criticisms might after all be.

The book deals with the selection, training and promotion of magistrates, who begin as “wingers” and eventually graduate to being chair of a bench. A bench can be two or three justices, sitting with a legal adviser, or a single district judge (who is legally qualified, what used to be known as a stipendiary magistrate). This book focuses on lay justices rather than district judges. Their tasks include trying summary offences (low level crime) but they also hear preliminary proceedings in cases that will ultimately go on to the Crown Court, often deciding on bail in the meantime, issuing warrants, dealing with pleas, and so on.

Much of the book is taken up with cases typical of the daily workload of the court, whether that be traffic offences, antisocial behaviour, drugs, knife crime or domestic violence. (The cases are real but the names have been changed.) Some might find the constant feed of such work depressing, but the advantage of being a lay justice is that you don’t sit every day. Even so, the work can take its toll, and one is often made to feel more like a social worker than a member of the judiciary:

“day after day we see situations that leave us in anger, despair (or a combination of the two), and wonder, as to why so many desperate people in desperate circumstances are put into the Criminal Justice System (CJS). They are left to flounder when they really need understanding, plus help and support from social services that are oversubscribed, underfunded, or no longer exist. It is a vicious circle, and we are often left to pick up the pieces.”

The work brings challenges but, says the author, it is also stimulating and satisfying. “You sit in a variety of types of court and nothing is ever quite what you anticipate or expect; you never stop learning and seeing new things.” It’s clear, too, that there is a high level of camaraderie and support among those who do this work, and a willingness to help mentor and assess those coming into the role or seeking promotion within it.

Recruitment remains a problem. Numbers have fallen by 43% since 2012, partly because of decreasing workloads and court closures, and partly due to natural wastage. There have also been resignations, including a number who objected to the ill-considered Criminal Courts Charge “introduced and then hastily repealed in 2015” but not before causing “widespread concern and dissent among the magistracy”.

Efforts to improve diversity have had some success. The proportion of women magistrates is now 56% – rather better than at the top end of the judicial ladder – and 12% of magistrates describe themselves as Black, Asian or Minority Ethnic (BAME), with London showing the highest level (29%). The age profile remains predominantly at the higher end: over 80% are aged 50 to 70, and only 5% under 40, but there has been an encouraging trend of younger magistrates (under 30) joining in recent years. Those numbers are still tiny but the idea seems to have been planted (and may suit the more flexible gig-economy pattern of work among the younger population).

What unites candidates of all ages, says the author, is the desire to make a contribution to society, put something back into the community. But they like to feel appreciated.

“It is important to remember that we are unpaid volunteers, so little things mean a lot and go a long way. Poorly maintained buildings, non-functioning toilets and lifts, IT that does not work and – in many courts – the lack of perks such as hot drinks and biscuits (petty though they might seem), do little to boost our flagging morale.”

The author quotes Malcolm Richardson, former chair of the Magistrates Association, saying “Magistrates deal with more than 90% of the criminal cases that come to court and they cost 1% of the HM Courts and Tribunals Service budget”.

“What has affected magistrates, and not for the better, is the knock-on effect of the massive court closure programme, and the resulting move towards centralised administration that diminishes local autonomy and identity. We have been homogenised, and benches have been forced to amalgamate and often travel far further to their home court. Accordingly, the traditional concept of local justice by local people has been fatally undermined and is now a chimera.”

As for The Secret Barrister’s “damning accusations”, the author concludes at the end of their survey that “there is, indeed, some truth in many of these assertions.” It can’t be denied that the magistracy, like the rest of the judiciary, is generally old and not very diverse. Not all of them are as detached or fair as they should be: “Of course, there is the odd bad egg and unreconstructed dinosaur within our ranks – as there is in any field”. Like jurors, though, they can at least bring the benefit of their experience of the world outside the law.

“I cannot dispute that our training and appraisal system requires some overhauling.” The training budget has been slashed, however, and was never very high in the first place. The author cites a report by Transform Justice in 2015 stating that only £26 was spent per magistrate on their training in 2013-14, a massive decrease from the £110 spent in 2008-9. This is, they say, “a worrying trend”. Not surprising, therefore, “our knowledge is often narrow and sometimes confused” and justices are left relying entirely on their legal advisers. “There is so much more than we should know and understand about the Police and Criminal Evidence Act 1984 (PACE) and the overall Criminal Procedure Rules.”

“Ideally, all justices would wish to improve and increase their body of knowledge but I would make it mandatory for all prospective presiding justices to undergo specific training on the main legal issues and points of law that they will face in court. They should even have to pass a formal test before they can be confirmed in post, with annual refreshers as necessary.”

The book ends by observing that “the magistracy has survived by being flexible, open-minded, and by adapting its role throughout the past 650 years; today, such agility is required more so than ever before.”

If this book enjoys even a tenth of the success and attention that the Secret Barrister’s did, it will make a major contribution to public knowledge and understanding of the magistracy and what magistrates’ courts do. Frankly, the system is more dependent on magistrates, who give up their time out of goodwill and public duty, than perhaps it is prepared to recognise, or indeed pay for. The system’s not perfect, but this book shows where it is working and where, with proper support and funding, it could definitely improve. It was a brave book to write and deserves a wide audience. 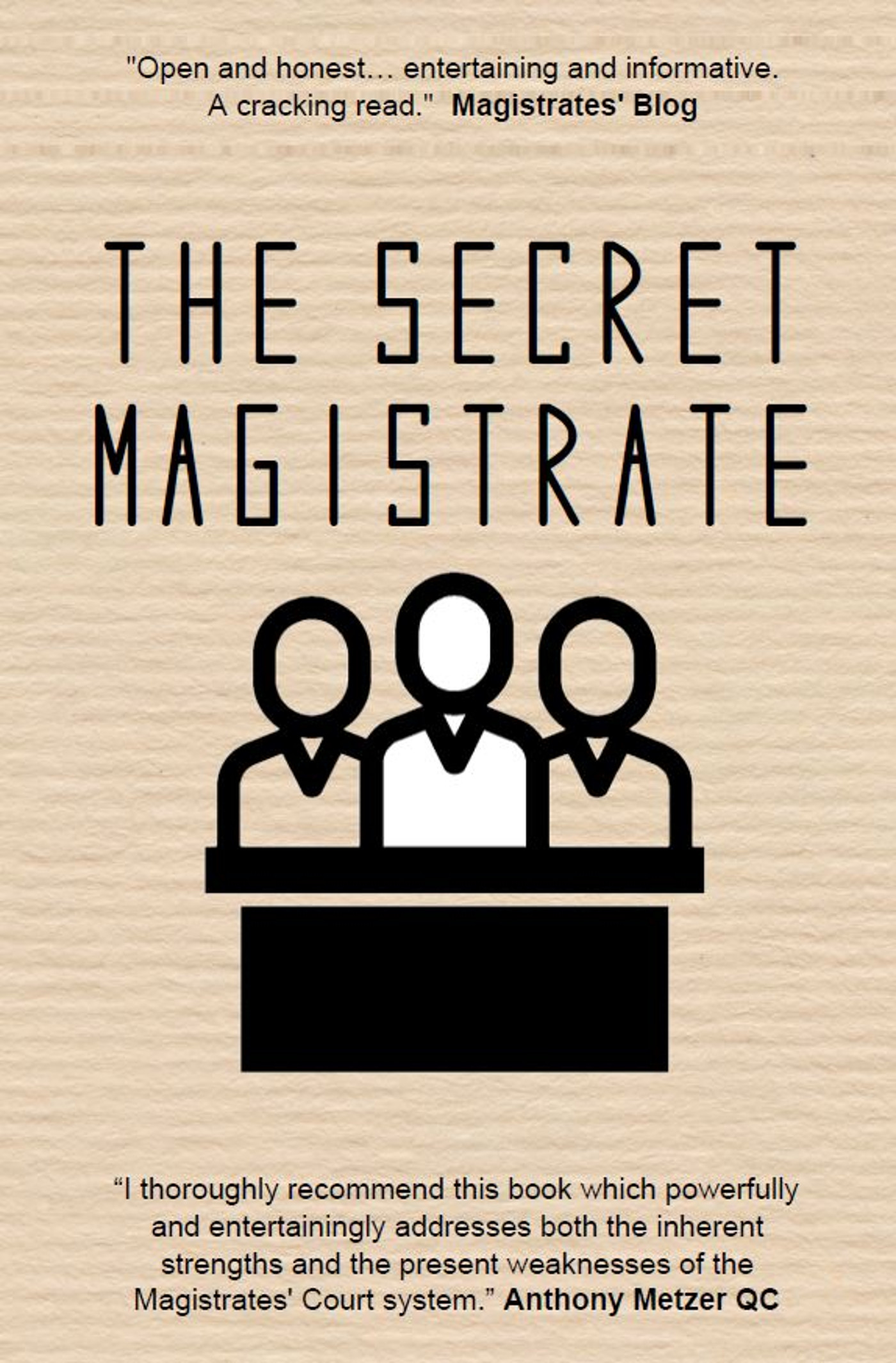 Featured image: Entrance to the old Bow Street Magistrates’ Court (closed and sold in 2005, and now a boutique hotel), via Shutterstock.