Book review: Playing off the Roof, by Simon Brown

An engaging account of a busy and varied legal life, told with a brisk good humour and an absence of introspection or jurisprudential angst. The title refers to an incident at Woking Golf Club.… Continue reading 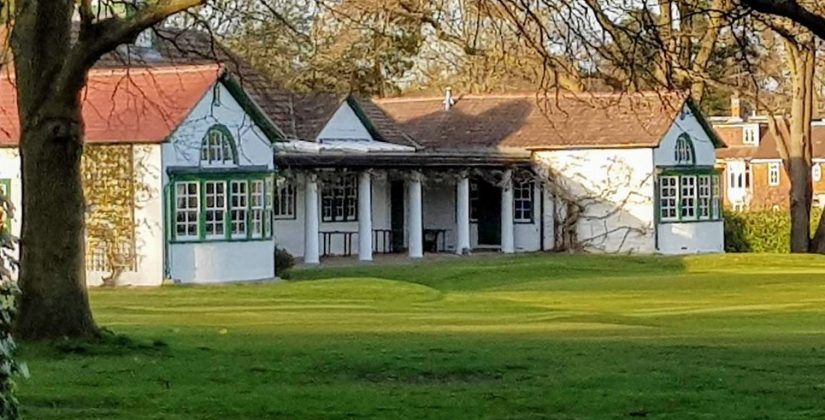 Lord Brown describes his book as a patchwork of memories and for the most part he avoids any risk of the reader getting bored by keeping it brisk and not taking himself too seriously. Many of its short chapters, replete with judicial names and juicy anecdotes, could work just as well spoken aloud in the form of after dinner speeches – an idea the cover picture, showing him looking dapper in a white tuxedo and black bow tie, does nothing to dispel.

Drinking and dining crop up fairly often in what he describes as “the most enjoyable of lives”, whether pub crawling (and crashing his car) on National Service in the 1950s, “carousing” with opposing counsel between commercial arbitration hearings in Paris as a junior barrister in the 1970s, the “lavish meal” with “notable wines” typically served in judge’s lodgings on circuit in the late 1980s, or enjoying a “happy, gossipy” dinner at the Atheneum to mark the anniversary of a major barristerial victory in 2009.

In fact my own acquaintance with Simon Brown consists mainly of having once sat next to him at dinner in the 1990s – one of the fairly bibulous dinners that used to be put on by the High Court Journalists’ Association, of which I was then chair – and spending much of the evening very agreeably chatting about literary fiction and all the novels we’d been reading. Prior to that, my abiding memory of him was the sound of his rich and emphatic voice as First Junior Treasury Counsel, or “Devil”, in any number of the judicial review cases in the Divisional Court or Court of Appeal where I worked as a reporter and he was the main barrister on the government’s side. That was in the early 1980s and led, predictably, to his promotion to the High Court bench. His rise thereafter through the judicial hierarchy, first to the Court of Appeal and then to the House of Lords / Supreme Court, seemed doubly assured. (For more about the role of Treasury Devil, see this post by Sir Henry Brooke.)

Spats at the bar

No, not what you’re thinking. Brown was called the Bar at a time when it was still stuck in the traditions of the past. In 1961 there were fewer than 2,000 barristers in England and Wales. Brown joined Middle Temple and did his pupillage in chambers in Crown Office Row. His pupil master, to whom he was assigned without an interview, and to whom he paid the standard fee of 100 guineas, was a “delightfully old-fashioned figure” who still wore spats (something one now associates only with the idle elegance of top hatted Wodehousian drones, or possibly Jacob Rees-Mogg). But everyone, he says, wore the barristerial uniform of “black jackets and striped trousers with starched white detachable shirt collars and bowler hats”.  (Some idea of what all this might have looked like can be gained from watching the Boulting Bros film of Henry Cecil’s novel, Brothers in Law, made in the late 1950s.)

After pupillage, Brown moved chambers a couple of times before settling in Garden Court, where he shared a room with Bill Macpherson (later Lord Macpherson of Cluny and chair of the Stephen Lawrence Inquiry). He had a general common law practice, including a mixture of civil and criminal cases.

“My very first brief I naturally recall. It was a driving case marked five guineas.

‘Here we are, sir,’ said my clerk as he handed it over, ‘our first five-guinea brief. Now don’t you go asking any seven-guinea questions.’

I fear it is all too likely I didn’t.”

He does not relate what that driving case was about. But a few pages earlier, when describing his time doing National Service, he recounts an episode in which, after a lengthy pub-crawl with fellow officers, he managed to drive his car off the road, through a hedge, where it turned over twice before coming to rest on one side in a ploughed field, surrounded by shards of broken windshield. No one was badly hurt, and they were picked up in another car and taken back to barracks where they resumed their drinking with two more bottles of mess champagne. “The police were not involved”, says Brown soberly, adding:

“Many a driver thirty years later I was to sentence to lengthy prison terms for less. Some no doubt would regard me as having been unfitted for the task. I hope and believe they are wrong.”

As a barrister, particularly as Treasury Devil, what Brown seems to have enjoyed about the job was the urgency and variety of the work. It was a time when judicial review was becoming increasingly important.

“At breakfast I would note the various stories in The Times upon which I would expect government lawyers to be consulting me later that day after court. For those years I had virtually no social life. Work was relentless. I came home for dinner, slept for an hour on the sofa, and then began the night shift preparing for the following day. Save for a speedy Saturday morning round of golf, I worked most of the weekends too.”

The golf seems to have been a bit of a life saver, enjoyed as much for its social and therapeutic benefits as for the sport itself. For nearly 30 years he played for Middle Temple in the Scrutton Cup, an annual tournament between the four Inns of Court, played at Woking golf club. On one occasion, his partner Nigel Wilkinson QC managed to hit the ball so that it landed on the club house roof. Brown was then obliged to climb a ladder onto the roof and play the ball off from there back down onto the green. The story got into the press (“Judge gets out of a hole by putting from the roof”) and was the inspiration for the title of this memoir.

Among the few cases he does mention is Harriet Harman’s prosecution for contempt of court over the disclosure to the press of privileged documents after they had been read out in court, a case fought by Brown on the government’s side with some reluctance, though he still won all the way up to the House of Lords (see Home Office v Harman [1983] 1 AC 280)  but then lost the subsequent reference to the European Court of Human Rights (see Harman v United Kingdom (Appn No. 10038/82) (1985) 7 EHRR CD 146).

One of the more significant cases he decided as a High Court judge was a “marital rape” case, anonymously reported as R v C (Rape: Marital Exemption) [1991] 1 All ER 755, which he says he has “long regarded as the only real jewel in my judicial crown”. The defendant was charged with, among other offences, the rape of his wife.

“It was this latter charge that presented the legal interest and difficulty in the case: for some 300 years the common law had been understood to allow a husband the absolute right to have sexual intercourse with his wife whenever he wished, her consent at all times deemed given by the very fact of marriage.”

After being given a large bundle of authorities and addressed by three silks,

“We rose late and I undertook to give my ruling the following morning. It happened to be a dinner-party night in the lodgings so that it was 11 pm before I could start work on the case and I slept little. But by breakfast I had written my judgment, setting aside the assumptions of centuries past and seeking to justify this radical development in our law. It was a most contentious ruling. Happily, later, both an enlarged Court of Appeal and then the House of Lords agreed with me…”

It was contentious in the legal sense that some other judges of equivalent status had given different rulings, perhaps feeling more tightly bound by previous authority. But the agreement of the higher courts was on appeal in another case: R v R  [1992] 1 AC 599 (HL affirming CA).

Brown was not so brave when, sitting in the Divisional Court in 1995, he felt bound to reject a judicial review challenge to Ministry of Defence policy in the “Gays in the Military case”, R v Ministry of Defence, Ex p Smith [1996] QB 517, albeit “with hesitation and regret”. His reference in the opening line of his judgment to the homosexuality of Lawrence of Arabia seems to have provoked howls of outrage from certain retired military men, so perhaps he was doing something right. On that occasion the Court of Appeal also declined to uphold the applicants’ claim, which was only successful once referred to the European Court of Human Rights in Strasbourg (Smith and Grady v United Kingdom (1999) 29 EHRR 493 – all this was before the Human Rights Act 1998 came into force, which would have enabled such a ruling to have been made in a domestic court).

But while such decisions may cast him in a progressive light – or at any rate in the character of what a common law judge should do by way of divining where the law should be to match contemporary expectations – in later years he seems to have become more conservative. Or perhaps he has just reached that age when one starts to think that progress is all very well, but hasn’t it gone far enough?

At any rate, he writes that he welcomed the appointment of Jonathan Sumption QC to the Supreme Court during his own final years of service there, because by then

“I was sufficiently troubled by what I had begun to regard as the excessive soft-heartedness (I almost wrote woolly-mindedness) of a number of my colleagues, particularly in any case supposedly raising human rights concerns, that I felt an injection into the court of some stern intellectual rigour and legal conservatism had become essential.”

Sand in the sandwich

Early on in life, showing off on the beach, the boy Simon drops his sandwich and tries to plead for a replacement. His mother refuses. He must learn his lesson and eat the one he dropped, having brushed off as much grit as he can. (No soft-heartedness there.) So Simon chews on, perhaps gritting his teeth literally as well as figuratively: it is a good preparation for having to argue whatever government brief he will be handed, during his adult years as Treasury Devil. But by and large, during the life that unfolded for him, his bread and butter seems to have landed the right way up, and was indeed more likely to take the form of a good dinner, consumed in agreeable surroundings, while wearing a black bow tie.

This is probably not a book to read either to find out about the day to day mechanics of being a judge, or for any constitutional discussion of the judicial role in society. Brown does not really go into these matters, and his comments on the few cases he mentions are largely anecdotal. That may disappoint some readers. All I can say is that this is not that kind of book. 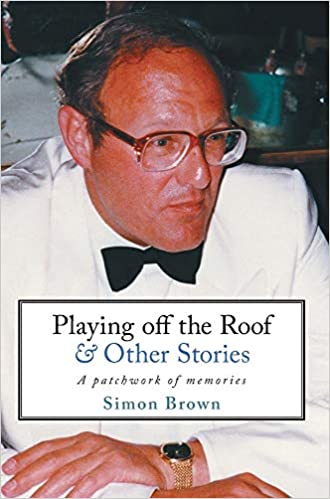 Playing Off The Roof & Other Stories: A patchwork of memories, by Simon Brown (Marble Hill, £20)