Paul Magrath reviews Prof Leslie Moran’s survey of how the public perception of the judiciary is informed by images of both real and fictional judges. … Continue reading 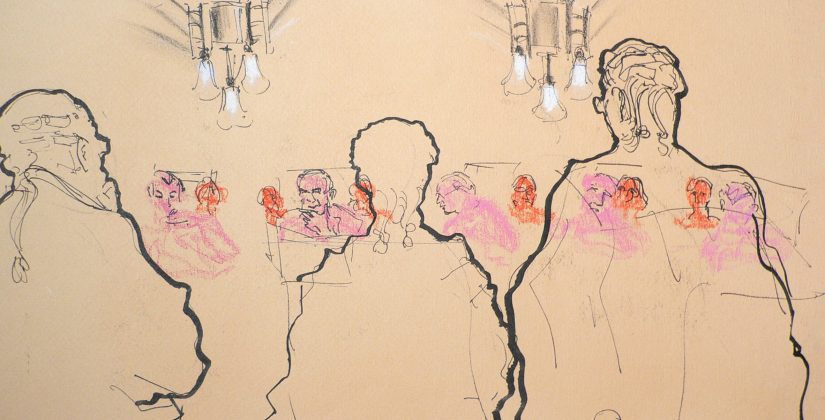 From sore thumb to dark horse: how a TV judge achieved a popular verdict on Strictly

Judge Rinder is not a real judge, but his appearance in the 2016 series of Strictly Come Dancing brought him a lot of what Leslie Moran calls “attention capital”. To what extent,  though, does that help the real judiciary or promote public legal education? Not much, one would have thought. Even so, Moran devotes to this example of “judicial transformation” the climactic final chapter of his study of how, over the past couple of centuries, judges have projected an image of themselves through the lens of visual culture. In doing so, he seems to have a lot of fun.

Robert Rinder is a barrister who appears as a judge in a daytime reality TV show, exercising voluntary jurisdiction over small civil claims. He was therefore already a celebrity, or at any rate a TV personality, before being invited to participate as a contestant in the iconic ballroom dancing show – submitting himself in turn to the voluntary jurisdiction of the show’s own judges and the verdict of a jury comprising the viewing public. It’s fair to say that neither show follows the Civil Procedure Rules, strictly or otherwise.

Moran explains how initial expectations of Rinder’s dancing skills were not high and he was thought of as a “sore thumb” candidate, ie one who might be popular but not especially talented, and who would therefore feed a narrative of heroic failure. But he confounded those expectations by proving surprisingly good – thus becoming a “dark horse” contestant who might even waltz off with the trophy, in that court of final appeal known as “Blackpool”.

The judicial transformation occurred early, with a performance of the Cha-cha-cha that invoked courtroom themes in a suitably “iconic” way (there was a gavel involved), as Moran gleefully describes:

“As the music begins he can be seen standing in judicial robes behind a panelled desk in the style of his TV courtroom bench. He shouts ‘Order in the ballroom’ as the band behind him plays a song by Duffy entitled ‘Mercy’. His professional dance partner, Oksana Platero, was standing close by in a witness box, dressed to suggest she was a criminal. The ‘scales of justice’ were on the bench to Rinder’s left [and] in his right hand was a gavel. As he brings the gavel down in time to the music, glitter cascades on to the bench. … As he performs his ‘raunchy’ gyrations … across the dance floor he rips off his judicial robes to reveal an open, sequined shirt and a muscular torso beneath.”

Well, phew! Let’s all take a minute to cool down.

Not just words but deeds

But Rinder is not the only TV judge to merit detailed elaboration. The fictitious Judge John Deed, hero of the eponymous BBC series, merits attention because his depiction represents a rare departure from the traditional format of courtroom drama, typically focused on the adversarial contest of the advocates and parties, with the judge only occasionally intervening. Deed, as his name implies, is an active and very dominant presence in his court.

The series was scripted by the seasoned writer GF Newman, known for his interest in law and justice. I was surprised to learn that the character of Deed was apparently inspired, at least in part, by David Neuberger, a High Court judge who has since occupied successively more senior judicial offices, ending up as President of the Supreme Court. I think it is safe to say that some of Deed’s deeds in the series were based more on dramatic licence than actual judicial conduct, least of all by the mild mannered and far from domineering Lord Neuberger. (But who knows? Maybe the great man’s memoirs will scandalise us all.)

Deed takes not just his court but sometimes the law itself into his own hands, in his unwavering insistence on seeing justice done. Barristers appearing before him can expect to be challenged and even sidelined as Deed himself takes over the questioning of witnesses and adopts an almost inquisitorial procedure. But he is shown having a life, including a love life, outside court. We also get to see him interact with his team, his clerk, listing officer, associate and usher – and not a gavel in sight.

Moran sets Deed in a small-screen cultural context that includes the historic Granada series, Crown Court, but rather surprisingly only mentions the much-loved classic Rumpole of the Bailey glancingly in a single footnote. To readers of a certain age, this is a bit like failing to cite the leading authority in a particular area of law. (No doubt Rumpole himself would have loudly harrumphed, and dropped his Archbold to get everyone’s attention.) On the other hand, I was glad to learn for the first time about the sitcom based on Henry Cecil’s Mr Justice Duncannon, dating from 1962, although sadly no copies of any of its 13 episodes survive – unlike the classic Boulting Bros film of Cecil’s novel about rival pupil barristers, Brothers in Law.

But why all this attention on fictional judges? The answer lies in section 41 of the Criminal Justice Act 1925, which forbids the making of graven images, including photographic ones, of proceedings in court. Subsequent legislation has provided exceptions, but in practice the prohibition makes filming judges at work – and therefore projecting any image of themselves in visual culture – extremely difficult.

We are left with still photographs taken out of court – such as the 19th century fashion for photographic visiting cards, and more recently those official portraits of judges in robes and full bottom wigs against a background bookcase of law reports, or at events such as the Lord Chancellor’s breakfast, which engender that “judges out of touch with modern life” image so common to newspaper coverage.

An exception is the UK Supreme Court, which as a creature of a recent statute (the Constitutional Reform Act 2005) is not subject to s 41 of the 1925 Act, and whose members have engaged with the media in a positive way that promotes public understanding of the senior judiciary and their work. Moran discusses in particular their online small screen presence via Judgment Summary Videos, in which the Supreme Court Justice giving the main judgment in a case presents a summary on video for release alongside the text and press summary of the judgment.

The Supreme Court has a achieved a level of public visibility which is very much to its credit, even if it has also attracted attention through the controversial nature of its cases. It has a gift shop that sells branded teddy bears who also feature in an unstuffy guidebook to the court. But there has been criticism of the way some of its judges have attracted public attention of a distracting kind. Lady Hale, who was president at the time of the controversial Miller 2 “Prorogation” case, attracted a minor cult around the iconography of her spider brooch. Lord Sumption, after his retirement, has drawn attention to his robustly libertarian, anti-lockdown views during the coronavirus pandemic, which may have compromised his ability to sit as an occasional judge in retirement. At any rate, he has withdrawn from the panel.

Lower down the judicial pecking order, the services available to promote the judiciary, to explain their role and to defend them against media and public misunderstanding, are less well supported. The Supreme Court is its own beast. Other judges must make do with what the Judicial Office can provide, which is a fairly decent website, run on a shoestring, featuring some educational videos and hosting occasional judgments, speeches and announcements such as practice guidance. The fact that Moran spends far more time on fictional judges like Deed and Rinder says a lot about how inconspicuous are the official efforts to promote real judges in visual culture. In all sorts of other ways too, such as on social media, judges are failing (or simply forbidden) to make their mark. This is not something Moran addresses specifically, but (just so you know) I will be doing so myself in a forthcoming book. (Watch this space.)

One reason why all this is important is that, under our current understanding of what constitutes both procedural fairness and constitutional legitimacy, justice should be performed in public. That imports a variety of conditions, but one of them is visibility of the process. Of course there are issues around privacy and confidentiality, but ultimately what that means is that it is not the participants or even the subject matter that needs to be wholly transparent, so much as the process and the agents of the state involved in that process. There may be reasons for anonymising the parties, witnesses, even the lawyers (to help prevent identification of the parties); but there is no reason to anonymise or mask the judge, who is the visible representative of the administration of justice.

The gradual, and then during the Coronavirus pandemic rather more sudden, increase in the use of streaming technology both to enable remote hearings and to broadcast them to a virtual public gallery (by way of further exceptions to section 41 of the 1925 Act provided for under the Coronavirus Act 2020) has vastly increased the visibility, via lens technologies, of the judiciary of England and Wales. But this technology is just the latest in a series of different ways of depicting judges over the centuries, that goes back to painted portraits of the kind that adorn the public halls of court buildings and other corridors of power.

This book is probably too technical and academic for the purely general reader, and there is probably too much in the way of film or media studies for some legal readers. There are also moments when the book appears to take itself just a bit too seriously, and the space devoted to fictional judges, at the expense of material that could have been devoted to real ones, seems a tad self-indulgent. It was disappointing that the publishers Routledge didn’t use a bit of visual culture on the cover, or provide better reproductions of the images within. But I was grateful for the excuse to re-watch both an episode of Deed and Judge Rinder’s iconic Cha-cha-cha. And no one can deny, as Moran asserts, that “As key players in rule of law democracies, the visibility, or lack of visibility, of judges is an important issue in need of urgent attention.” 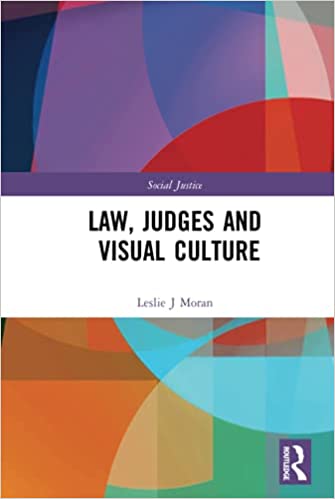