David Burrows considers the Cold War legacy of a marriage conducted in a foreign embassy under Soviet occupation, with echoes of the spy fiction of the late John le Carre. … Continue reading 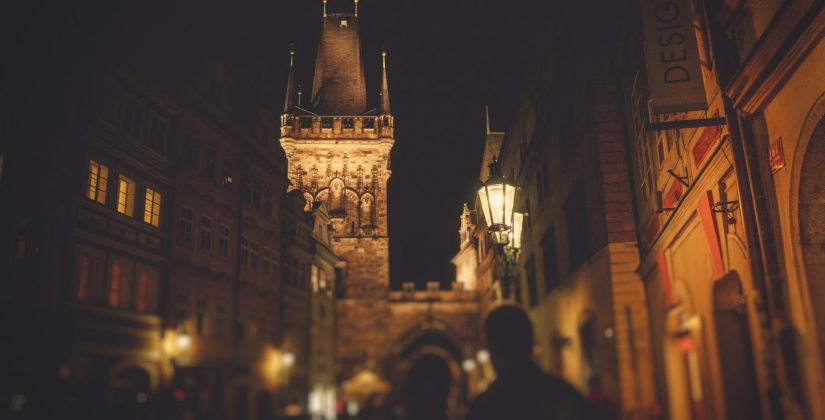 A Legacy of Spies

Over Christmas and just after he died, I was reading A Legacy of Spies (2017) a late book by John le Carré. He was a writer who, with George Orwell and Graham Greene, defined a politically uncategorisable group of mostly twentieth century English writers (though le Carré kept that flame burning till 2020). All had a fine – often spare – writing style, a wonderful scepticism, and a deep political perceptiveness. Read the words that le Carré puts into the mouth of George Smiley right at the end of A Legacy of Spies and weep: I suspect it was his testament to the expected wilderness of the recent United Kingdom referendum.

When I read the embassy scenes in A Legacy of Spies I could not help thinking of Collett v Collett [1968] P 482, [1967] 3 WLR 280, Ormrod J. Really. Ormrod J’s matter-of-fact prose hints at a le Carré’s Prague embassy. The period for Collett was more The Third Man than le Carré’s 1962; but – and no disrespect to Ormrod J is here intended – in the hands of a Greene or le Carré I am sure a story – a spy and love-story and the sadness of its inevitable ending – could come alive.

For the family lawyer, it must also be said: Collett will have a new lease of life when the Divorce, Dissolution and Separation Act 2020 bites; for I am sure that we shall hear of many more cases where the meaning and effect of English Marriage Act 1949 cases comes into legal play. (Our marriage laws cry out – much more than did our divorce laws, in my opinion, cry out – for radical and long overdue reform.) Collett concerned the Foreign Marriage Act 1892; and divorce then was under Matrimonial Causes Act 1965 (which said – at s 39 – that the right of a person “to be deemed a British subject” depended on the validity of their marriage; and they could apply to the court for a declaration of such validity).

What you cannot tell from the title of the case is that the respondent to the declaration application was the Queen’s Proctor – that mythical legal figure whose sole occupation, as far as I know – is to keep the mysteries of divorce law on the straight and narrow. (I imagine the Queen’s Proctor job must dissolve with the Divorce, Dissolution and Separation Act 2020.) In Collett the Queen’s Proctor was represented by Anthony Ewbank, later a well-known Family Division judge.

“The parties first met in Prague in 1947. At that time the husband, who is a British subject by birth, was working in Prague as a freelance journalist. He was 26 years of age and a bachelor. The wife, who is Bulgarian by origin, was studying at the University of Prague and acting as a correspondent for a Bulgarian newspaper. She was then a spinster aged 19 years and her home was in Bulgaria where her father held an important post in the government. In the autumn of 1947 the husband asked the wife to marry him and early in 1948 she agreed to do so. No formal engagement took place and no plans for a wedding were made.”

So all was set for a Balkan or Slavonic marriage – or perhaps one in England, a little later; sometime at the end of the 1940s, anyway. (For a description of the different Romania or Greece at about that time, go to Olivia Manning’s Balkan Trilogy or recall the 1987 BBC production, Fortunes of War, starring Emma Thompson and Kenneth Branagh); or go to Patrick Leigh Fermor’s books, such as A Time of Gifts.)

The stage was set for a marriage; but then the real world of 1948 closed in. Ormrod continues:

“Soon after they became engaged the communist forces took over the government of Czechoslovakia and the husband was told to leave the country. They arranged that the wife, then Miss Sakazova, should also go to London. As she was about to board the aeroplane at Prague she was called to an office at the airport and taken for interrogation to the Ministry of the Interior. After several hours she was allowed to leave on her promise to return early next morning.”

Imagine that scene – the true scene – from Greene’s or le Carré’s fiction; but based on the real Collett story. Imagine it in a Hitchcock film. Cary Grant or Gregory Peck would have played Mr Alec Collett; but who the wilful (as I imagine her) Miss Sakazova? Ingrid Bergman, perhaps?

“She was met by the husband and taken to the house of some friends. Early next morning the husband took the wife to the British Consulate in Prague where hurried arrangements had been made for them to be married by the Reverend Robert Smith in the presence of the British Ambassador and the Vice-Consul, Mr. McLaughlin, who gave evidence before me. After a week or two the parties came to England where they lived together for some 17 years as husband and wife. They have a girl, now aged 16 years, and a boy now aged nearly nine years. Had not marital difficulties arisen, the nature of which is, of course, irrelevant at this stage, neither party would have suggested that theirs was anything but a valid marriage.”

So much of this is redolent of Tulip’s (the trade name of the woman in A Legacy of Spies) short time in the embassy in Prague, save that she was not allowed into the embassy itself at the insistence of the ambassador.

A legacy of law

And why is the case topical today? I have written elsewhere of the difficulties for an increasing number of couples – and it will be the wives (or ‘wives’) who will be mostly affected – whom the courts and relevant government departments will say are not married. One – or both of the couple as happened in Chief Adjudication Officer v Bath [2000] 1 FLR 8 – will have to apply to the court for a declaration (as did Mrs Collett, in different circumstances; and see now Family Procedure Rules 2010 Pt 8). Their rights whether in terms of immigration (pace Priti Patel), state benefits, or for financial relief under Matrimonial Causes Act 1973, Part 2.

Mrs Collett had picked the wrong procedure for her declaration, it seems. She should have gone under s 39 (of the Matrimonial Causes Act 1965 above) but had not. Could a le Carré or a Greene make that confusing legal point of fictional interest? She might well have a valid marriage under the 1892 Act, says Ormrod J, but he was not prepared so to declare; and if the next step was to find a way out of it, the report does not give any answer. Was there a next litigation step? The report – unsurprisingly – is silent.

Featured image: Karlův Most, Prague, by Martin Kníže via Unsplash.